Meet pets on the move to France, Spain and Portugal

Couriers J and Marc left the UK with delightful cats, dogs and rabbits on board, heading for sunnier climes. Courier Joe flew in to Carcassone to join the trip, so that courier J could spend some time with our database designer updating some of our back-office systems.

Rupis, a handsome Bernese Mountain Dog, travelled with us from Wembley. Sadly, his owner isn’t quite well enough to look after him any more; fortunately, he has a new home with her granddaughter, Sabrina, and family, near Toulouse. 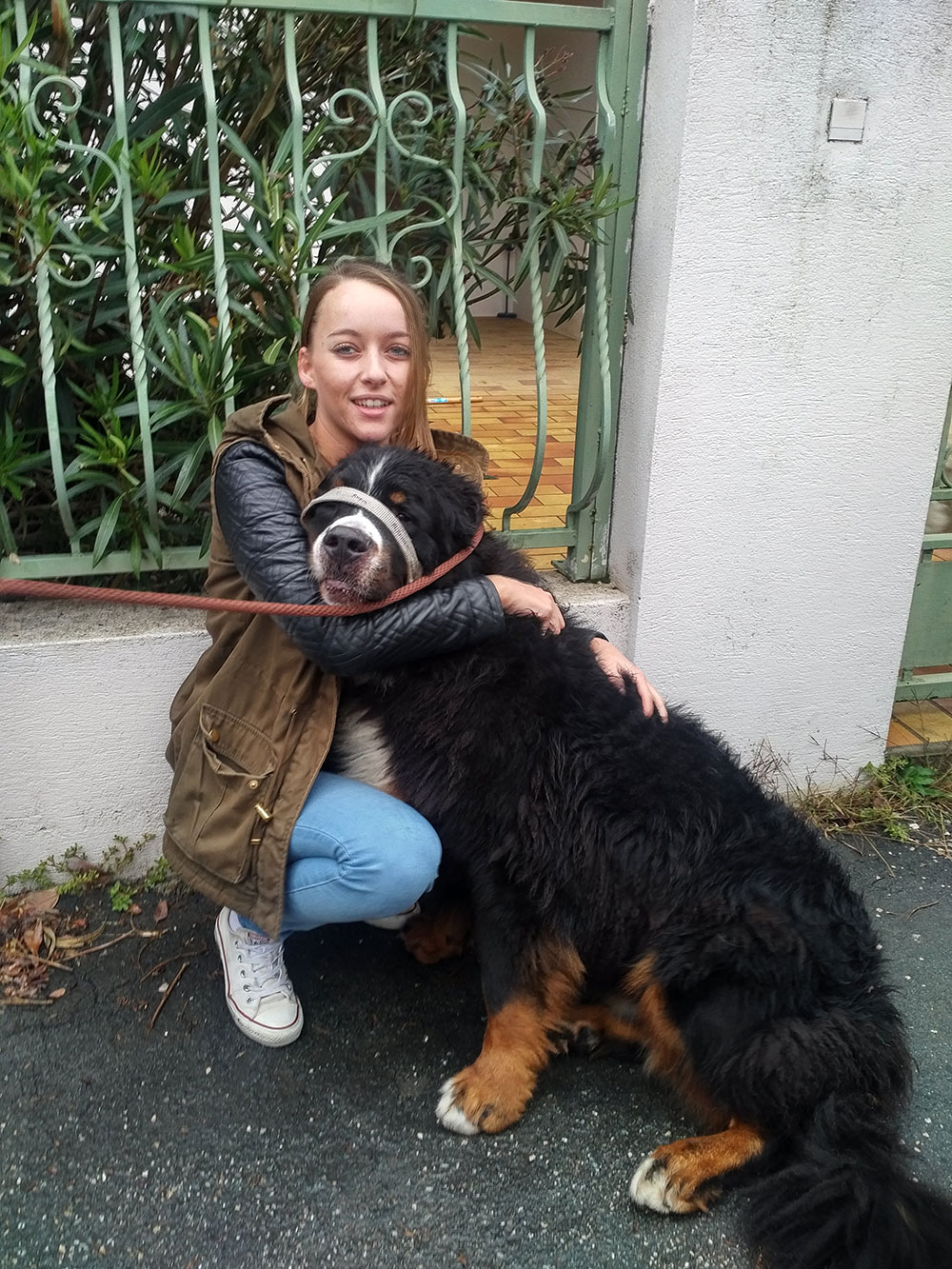 Rupis clearly knows Sabrina well, and there was lots affection between them 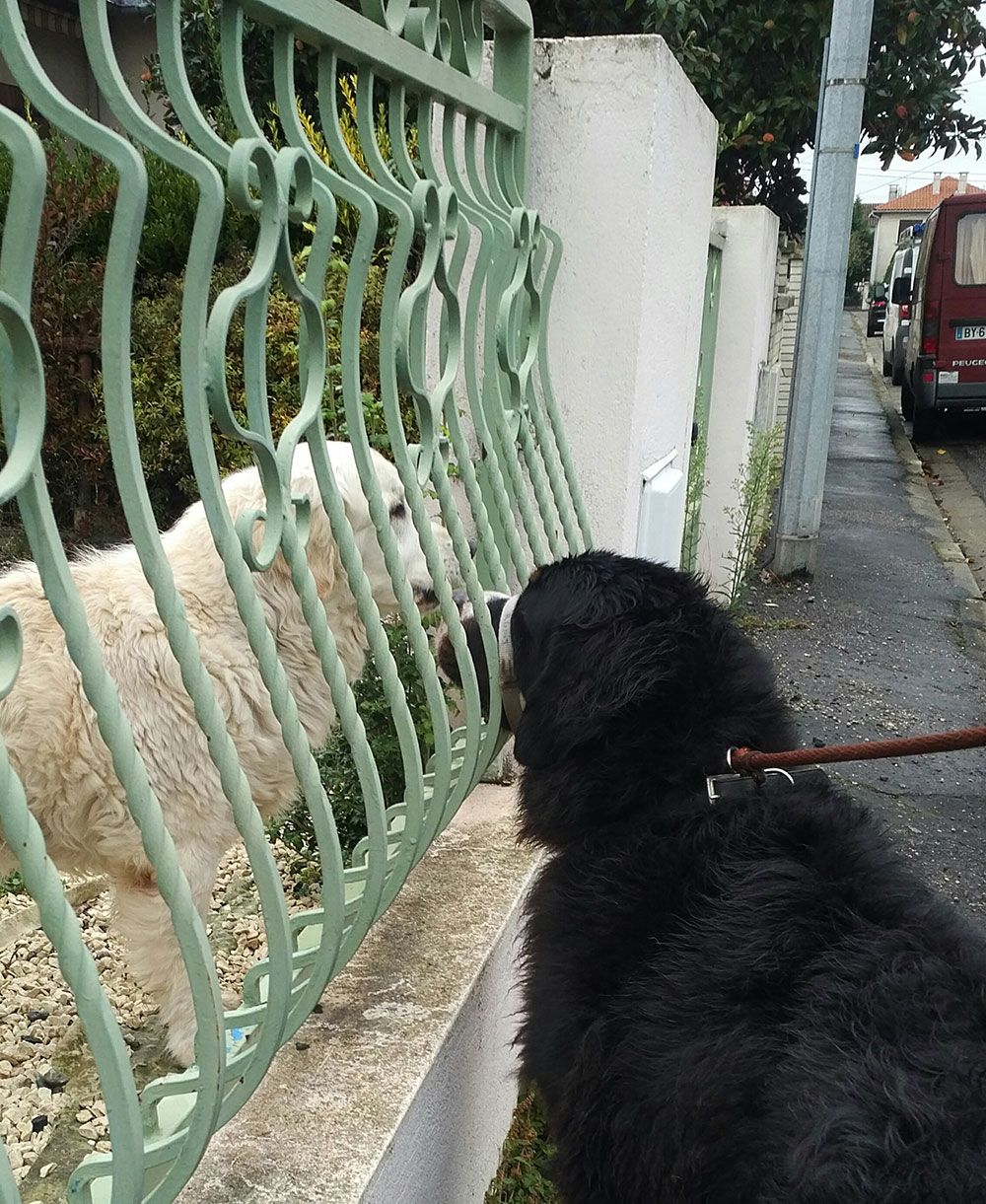 Sabrina also has a dog called Udon. When he and Rupis touched noses there was plenty of tail-wagging, in anticipation of lots of fun ahead for these two young dogs.

Cute Westie Benny has temporarily relocated with his family from Leeds to the Hautes-Pyrénées. Daughter Kate is living there, and the family are keen to enjoy some time together in France. 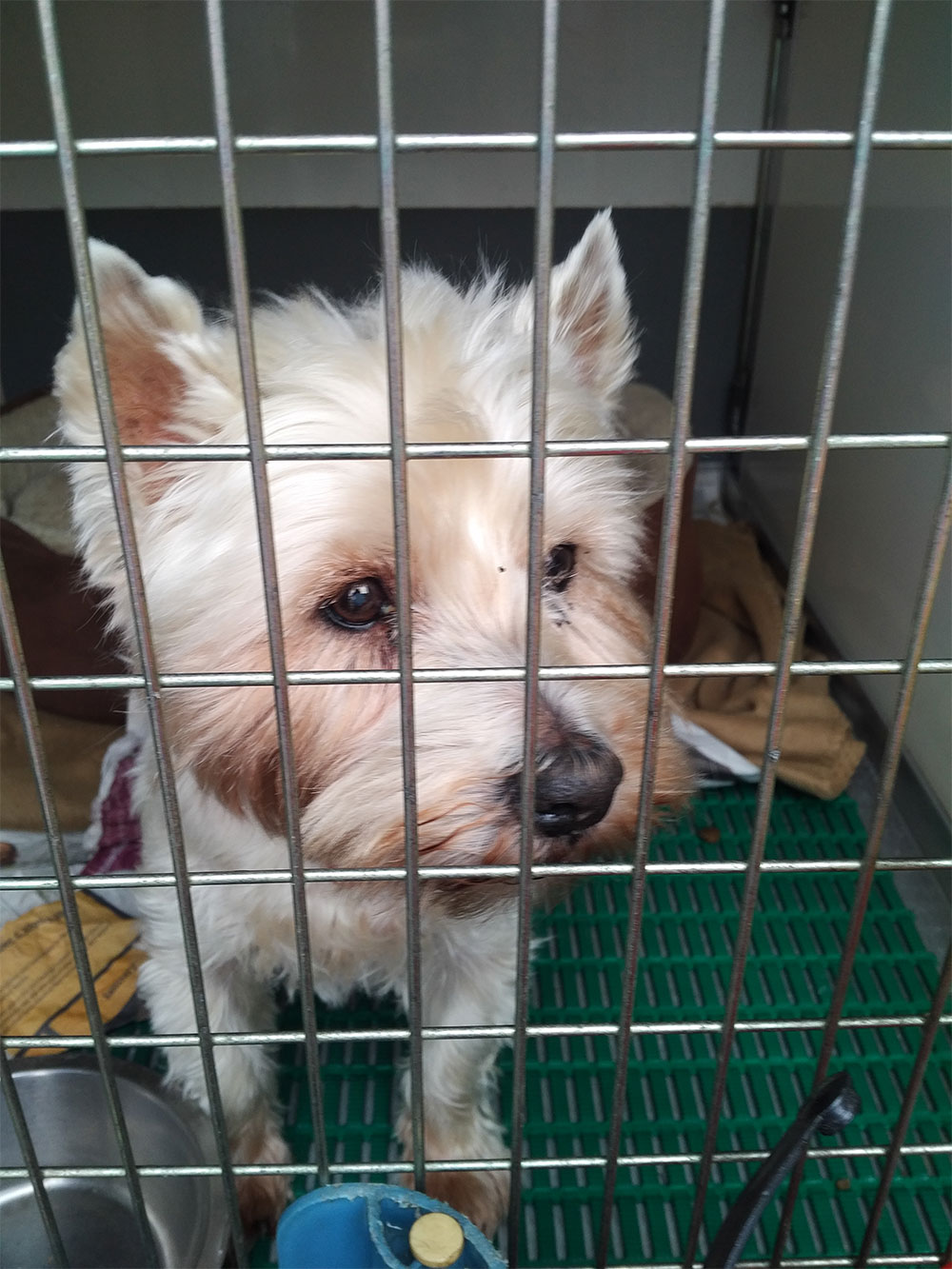 These gorgeous Bengal cross cats travelled with us from Irchester to Torre de la Horadada. Teresa and family went on ahead and were very much looking forward to welcoming their cats. 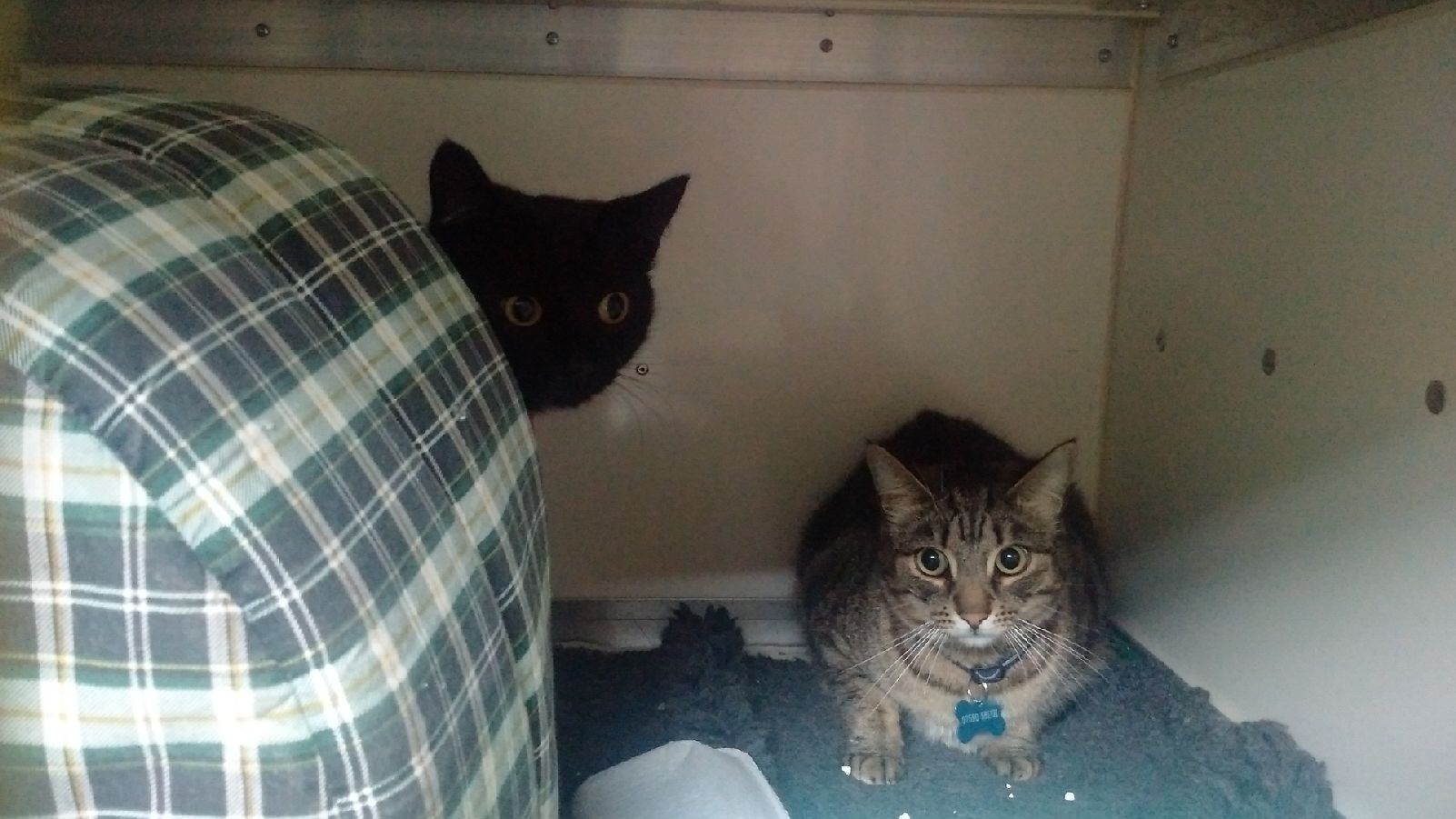 Archie, with Isabelle peeking out 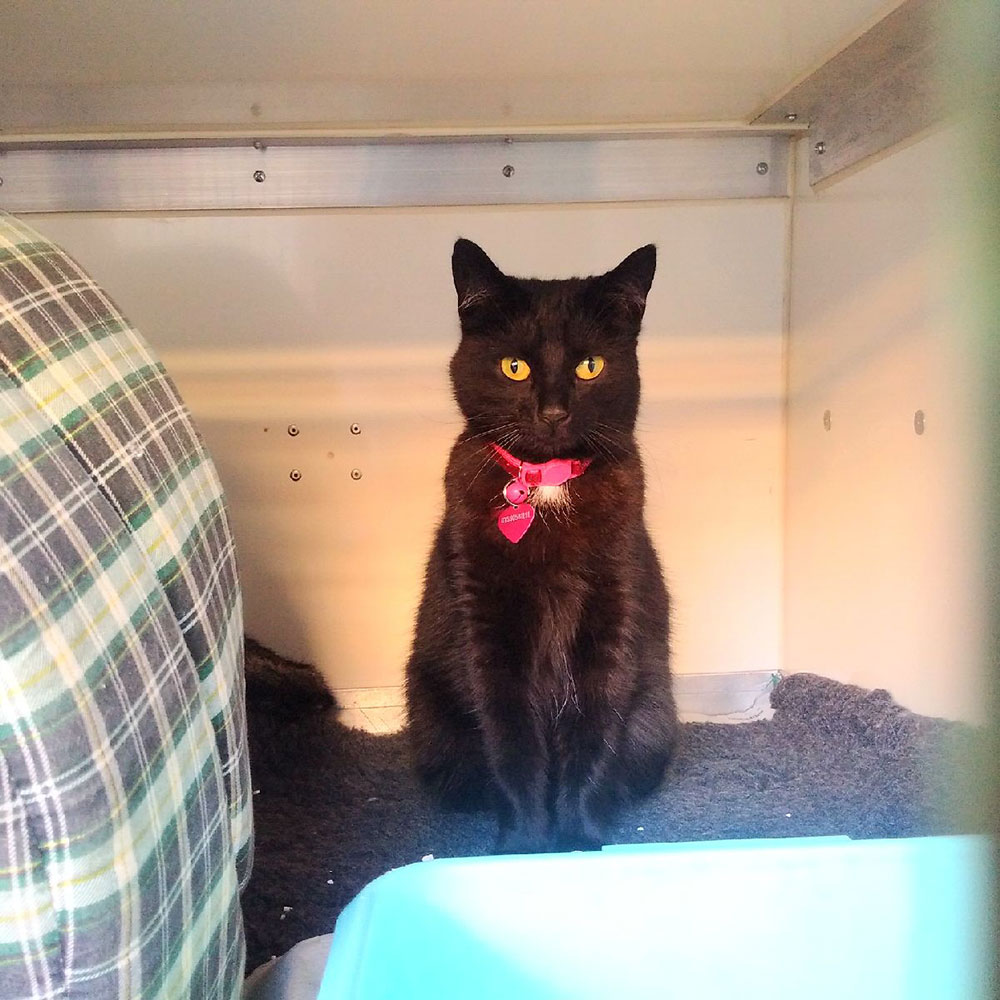 Isabelle’s turn to pose for the camera! 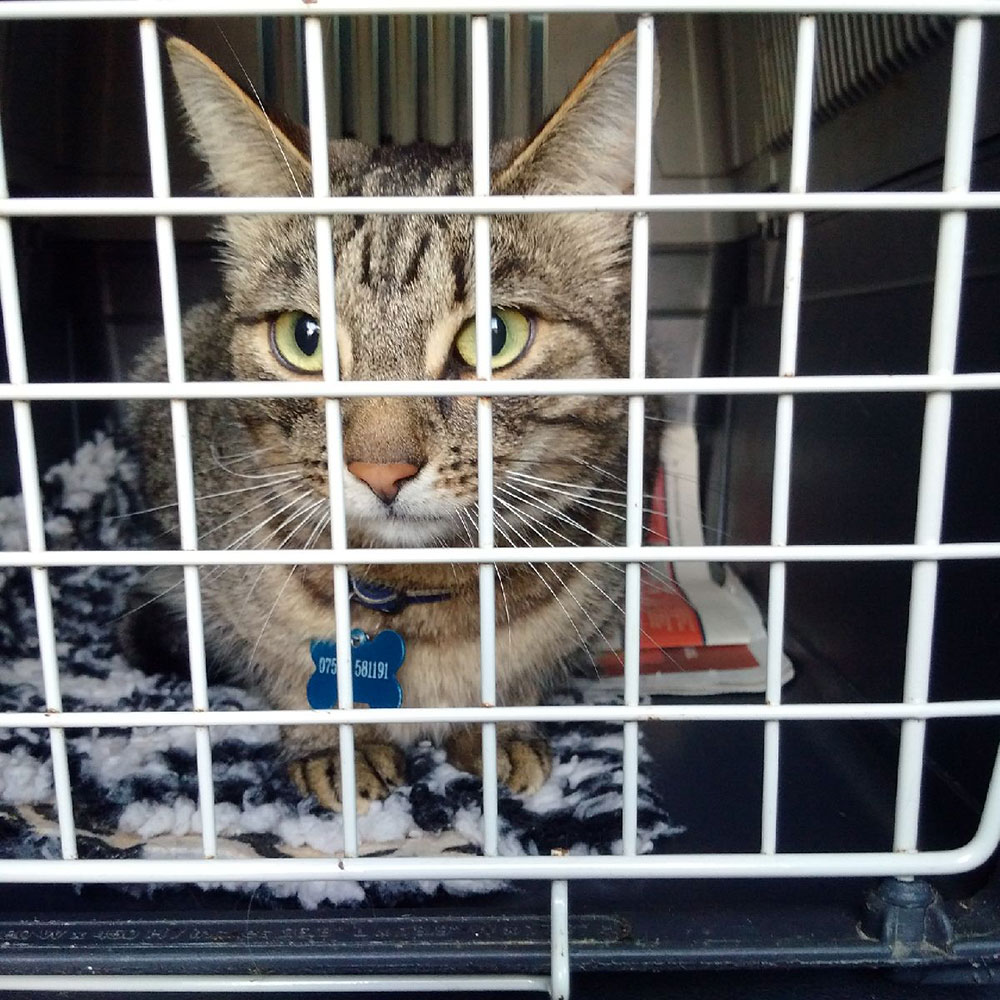 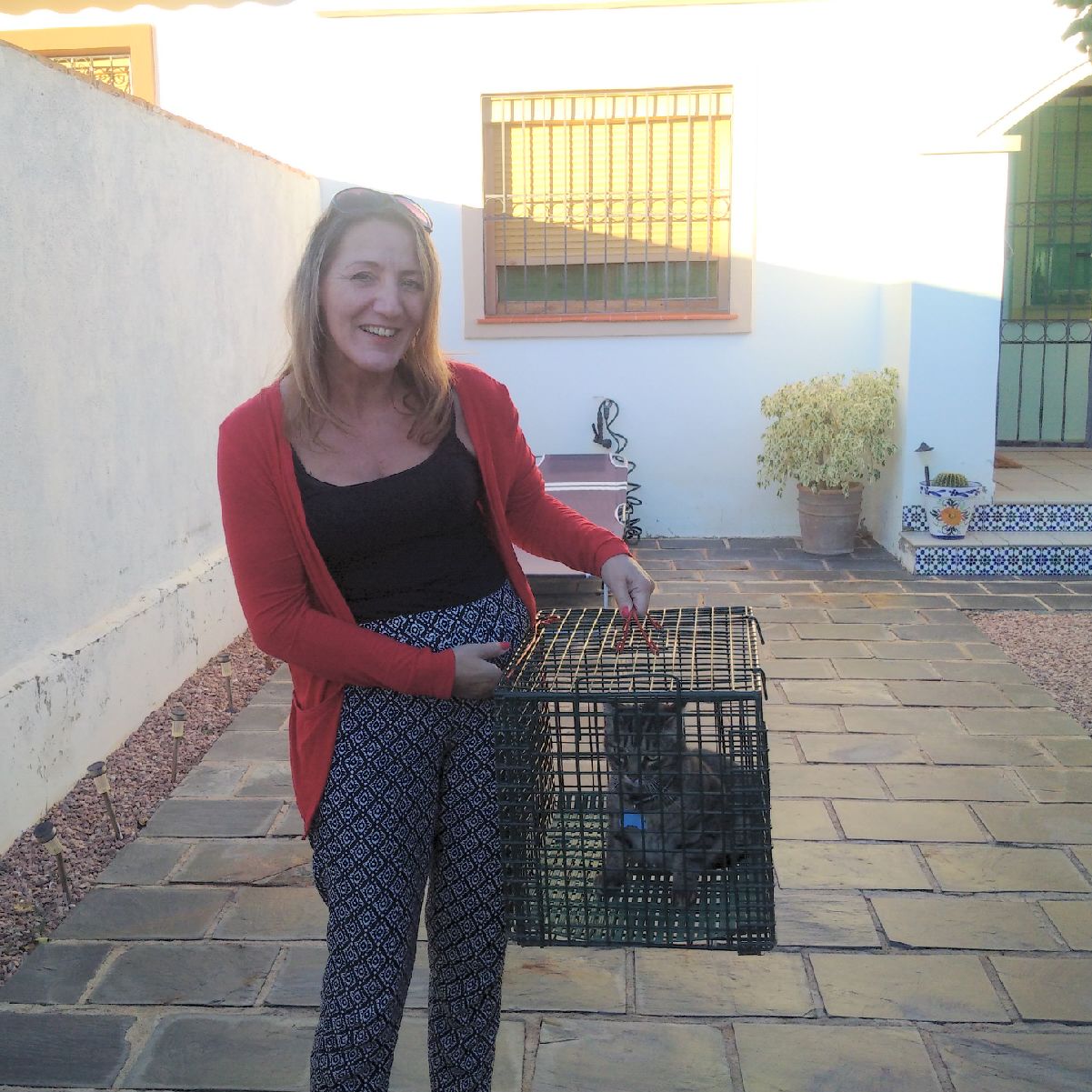 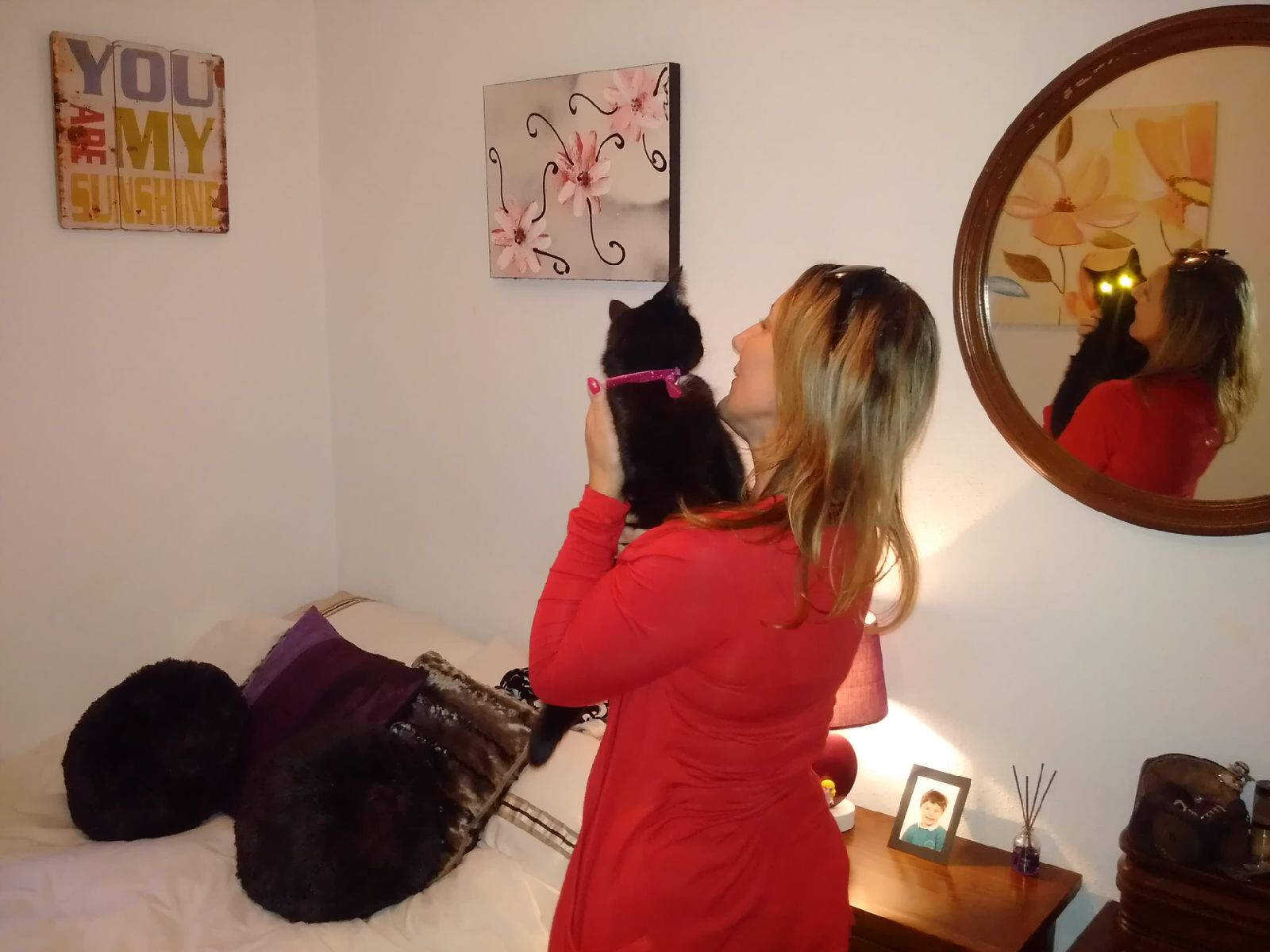 Mabel is a Dogue de Bordeaux, and Thumper a Springer Spaniel. This intrepid duo are relocating with Fiona from Cambridge. We collected the dogs the day before Fiona’s wedding; despite all the preparations, Fiona was on hand to see her beloved dogs on their way. They are staying at the Five Bone Hotel in Turre until Fiona catches up with them. 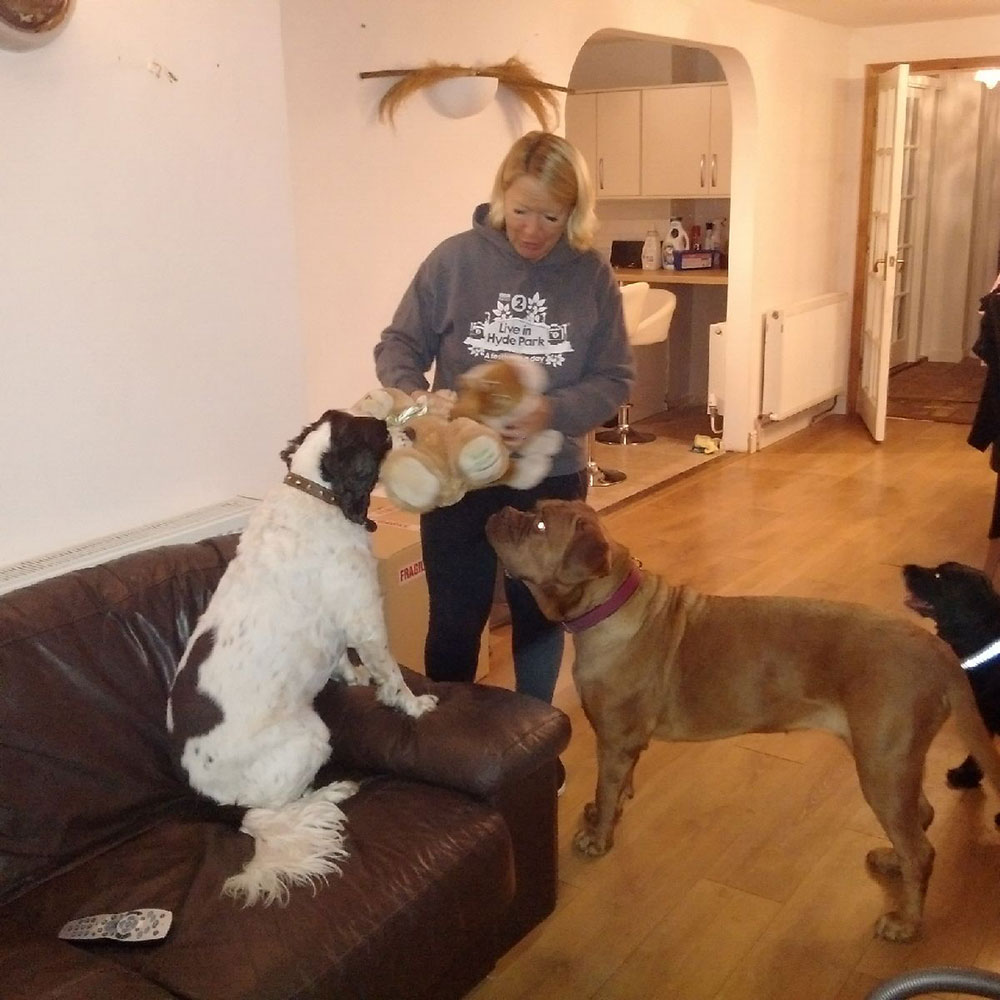 Amelia has relocated to Granada, and we had the pleasure of transporting her cuddly rabbits. We set them up with a camp in one of the bedrooms in our van and they quickly settled for the journey. 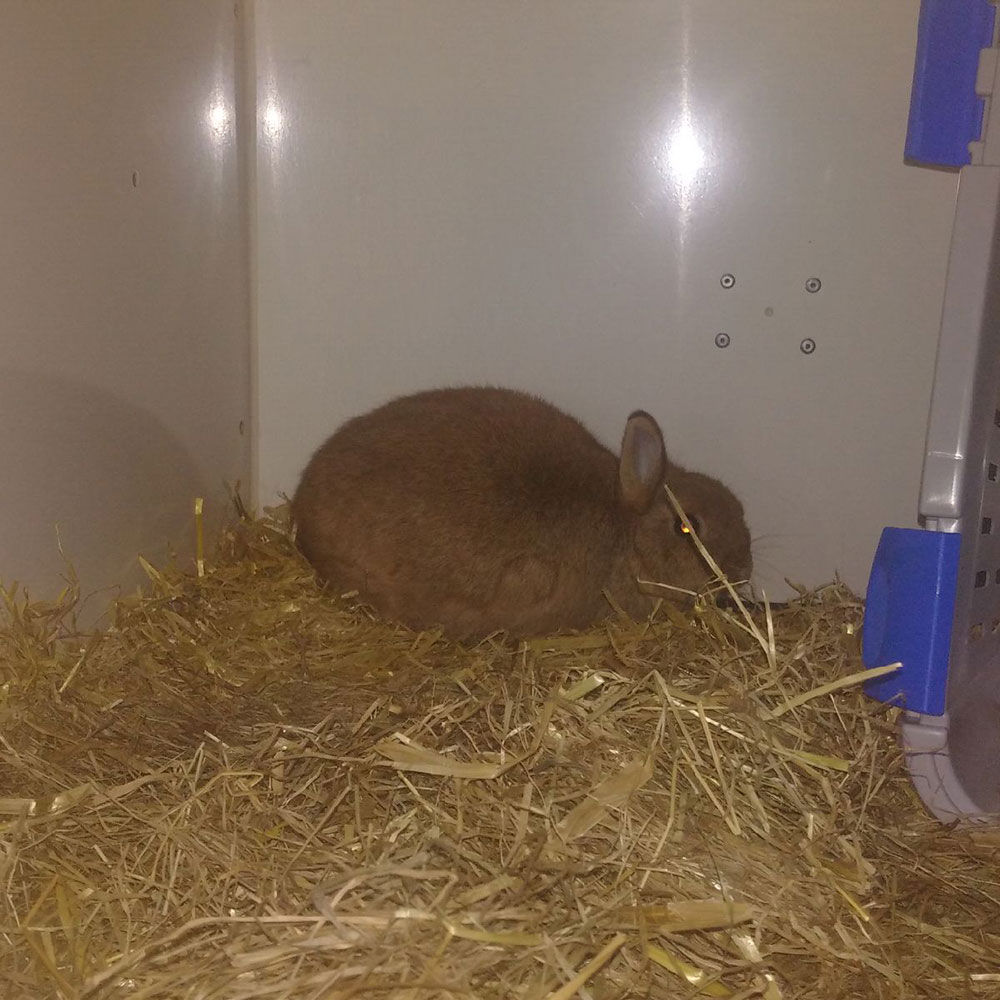 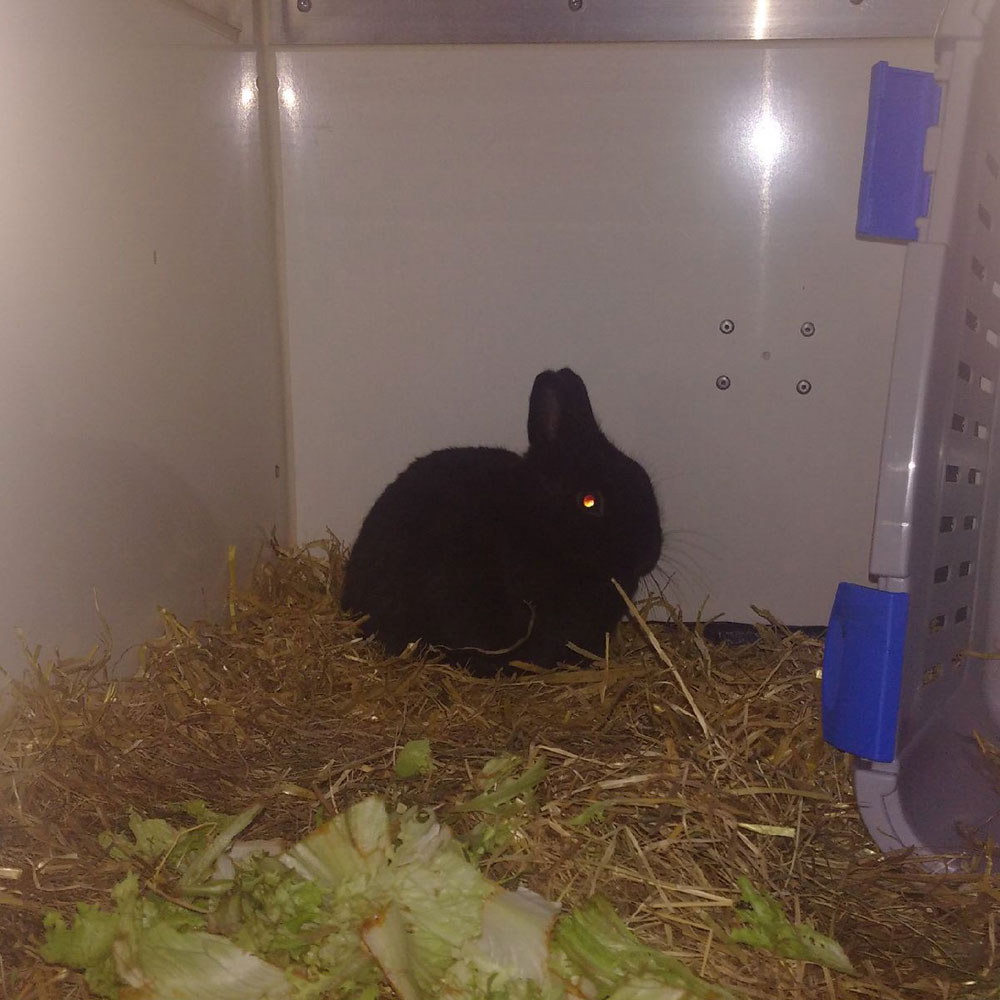 Lots of fresh greenery to nibble 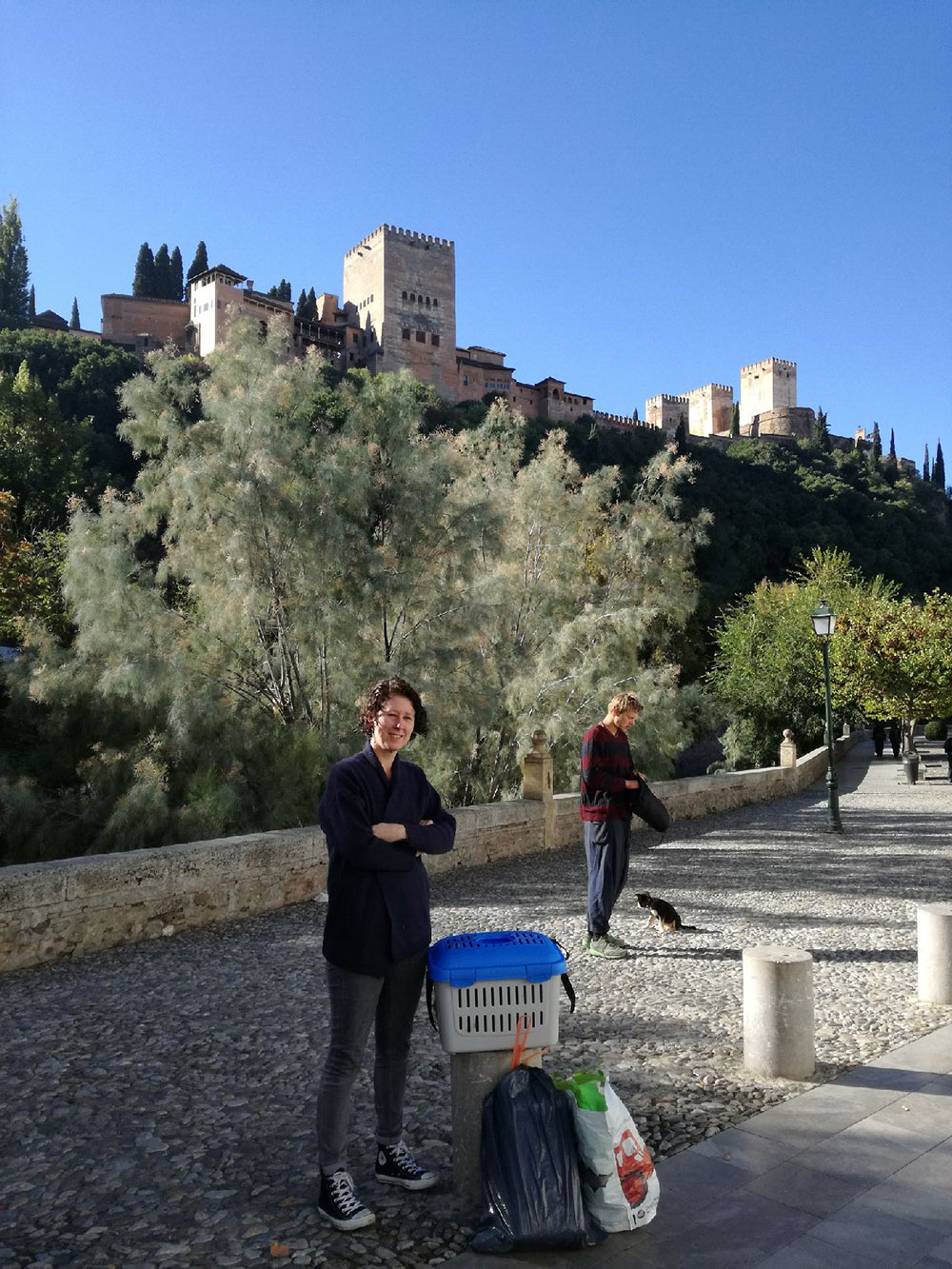 Amelia with her rabbits, against the magnificent backdrop of the Alhambra

These gorgeous, friendly cats moved with us from Somerset, where they were in the care of Ana, to the Coimbra area of Spain, to rejoin Ana’s mother. 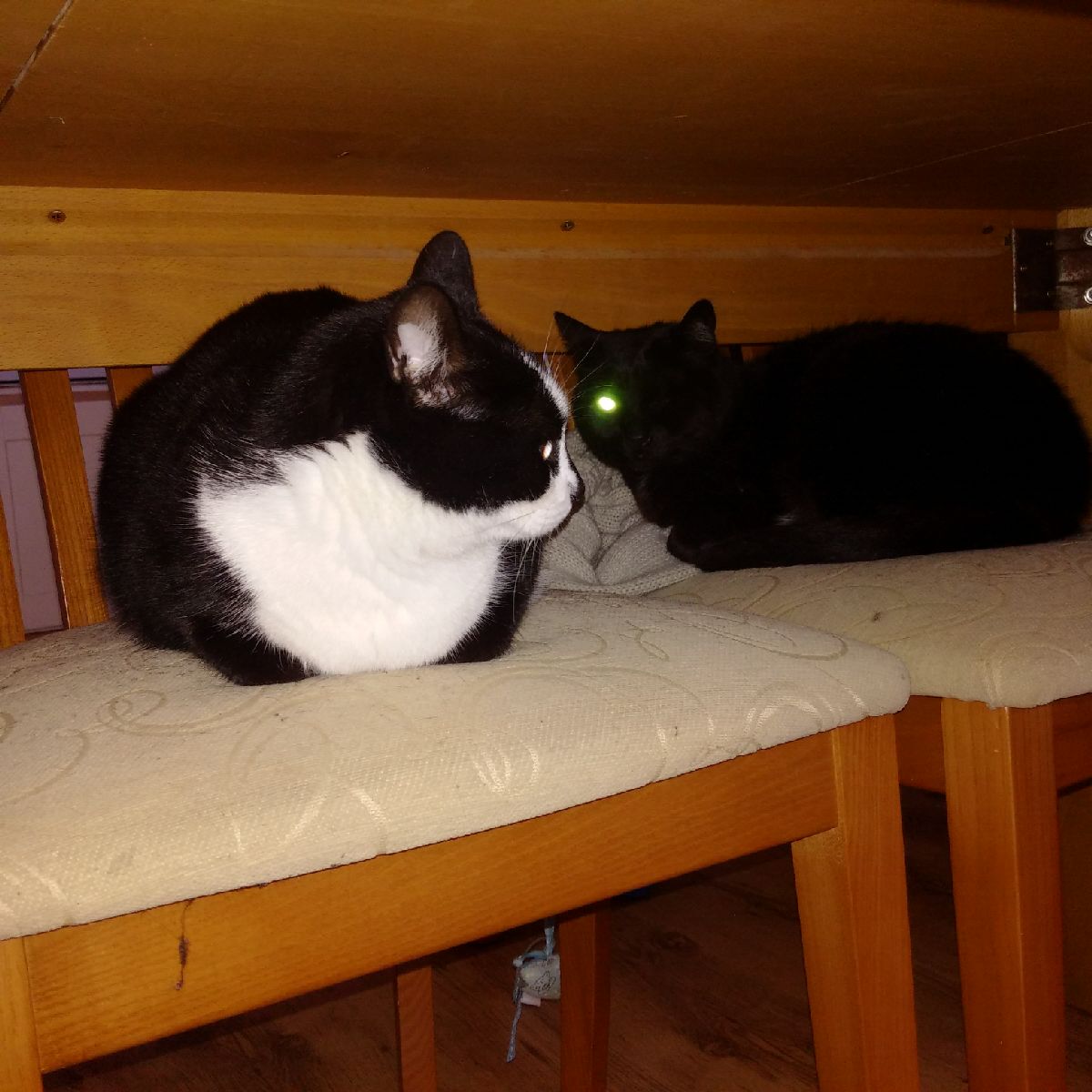 When we called in to collect Shanti (L) and one-eyed Ozzy, they clearly knew something was up. We found them hiding under the kitchen table! 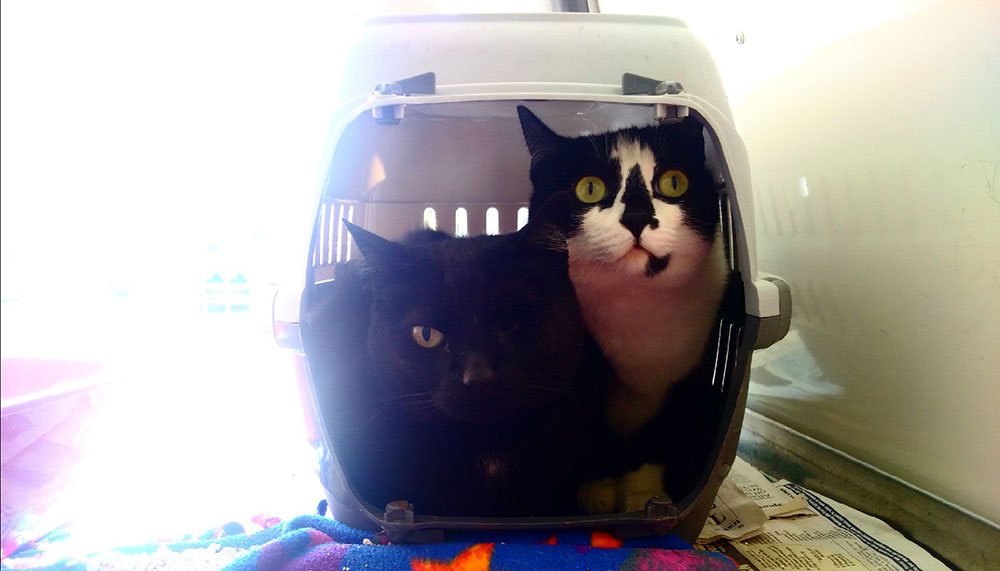 Clearly inseparable, they squished up in the cat basket together, despite their spacious bedroom in our van