Tales from the Greek islands

The dogs who travelled with us from Lesvos and Lemnos by air have now arrived at their forever homes. Here are a few of their stories.

Cinnamon’s story is one of the most amazing we’ve come across. A stray on Lesvos, she became attached to Sam, a member of the Royal Navy whose patrol boat was looking out for immigrants in the Aegean Sea. During the several months that Sam and the rest of the crew were stationed on Lesvos, he and Cinnamon became good friends. So much so that Cinnamon would wait patiently at the port for Sam to come back every time he went out on patrol. She would then leap on board to be with Sam.

Sam realised he couldn’t leave Cinnamon behind, so contacted us. We put him in touch with Rebecca from Lesvos Stray Cat and Dog Adoptions, who agreed to be Cinnamon’s ‘godmother’, keeping her safe and helping with all the preparations for her to travel to the UK.

Cinnamon took two days to break out of Rebecca’s flat. Rebecca found her 8km away, waiting at the port for Sam. After that, she somehow managed to keep Cinnamon from escaping again. But we felt that even on the day we left Lesvos, Cinnamon was still looking for Sam.

Cinnamon is now safe with Sam’s family in Arbroath, still probably looking out for him. He’ll be home soon and then this headstrong, determined, intelligent girl will doubtless be over the moon! 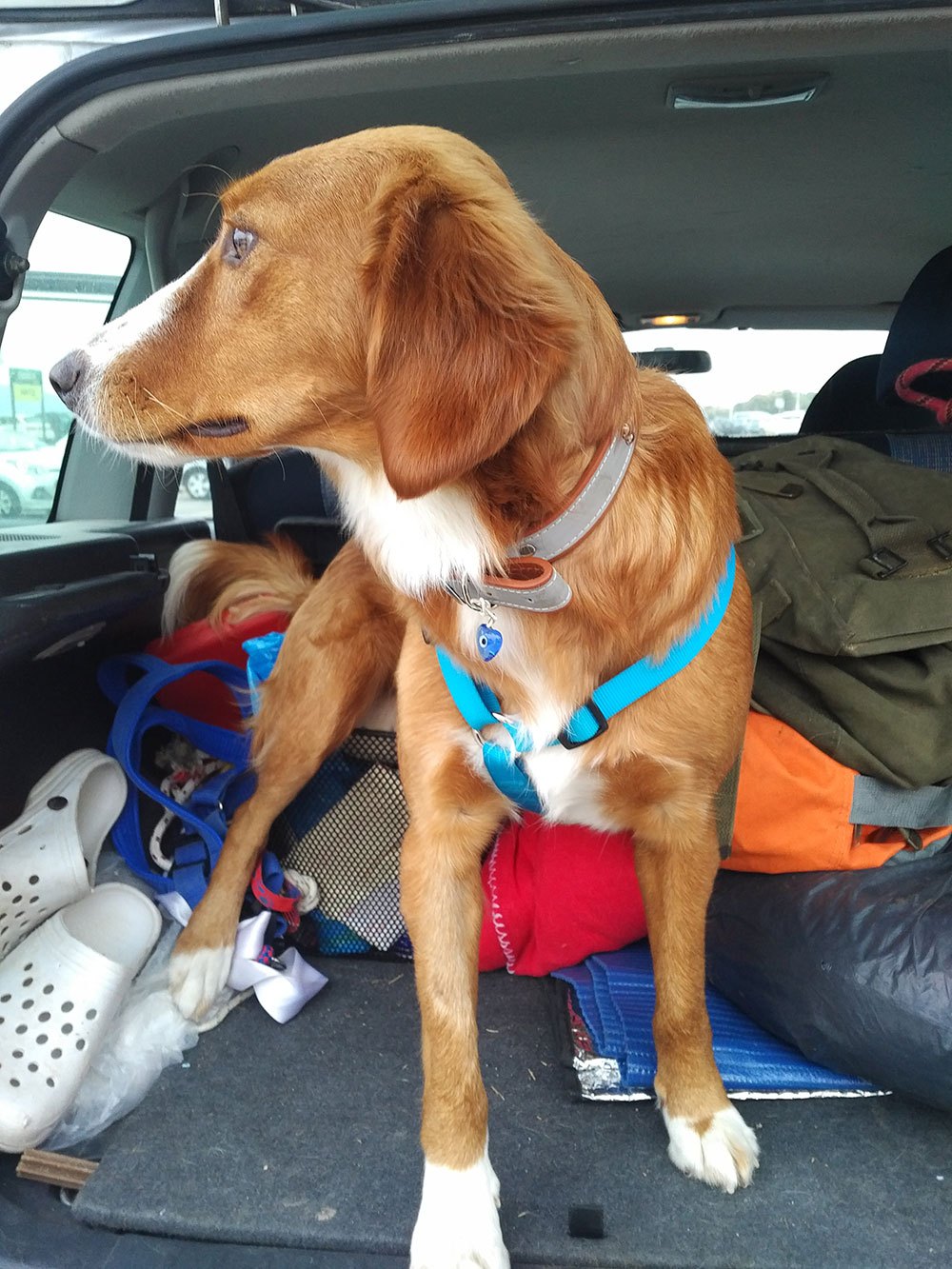 Street dog Freddie had the good fortune to be adopted by Emma and her partner from Waterlooville. Rebecca, who rescued him from a tiring life on the streets and took care of his injuries, described him as ‘the cuddle dog’. Emma and her partner are clearly delighted with him. 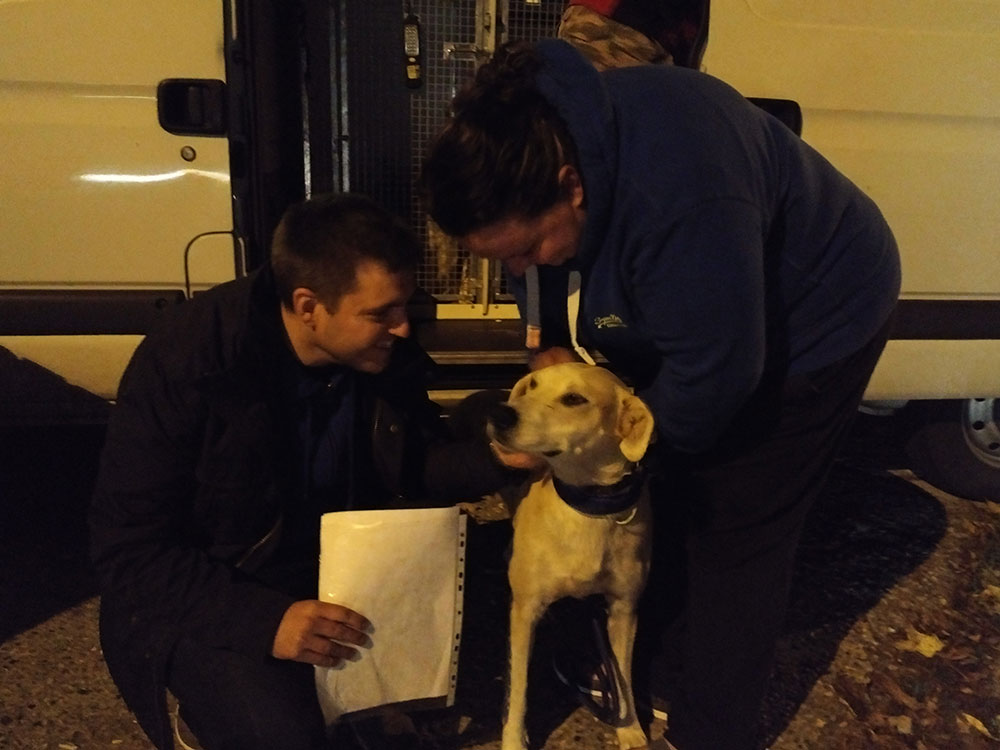 Freddie being greeted on arrival 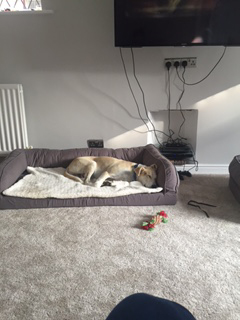 Freddie has a lovely bed of his own… 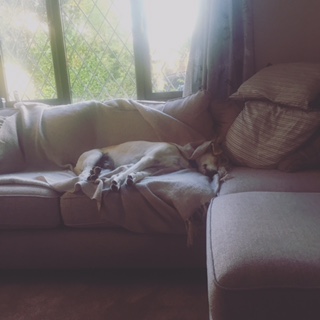 …but clearly enjoys the sofa… 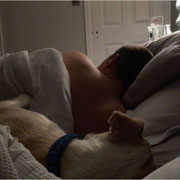 Rebecca found Luna as a four-week-old puppy, wandering alone and abandoned on the beach. She raised her beautifully and Luna now has a loving new home with Agata in Edinburgh. 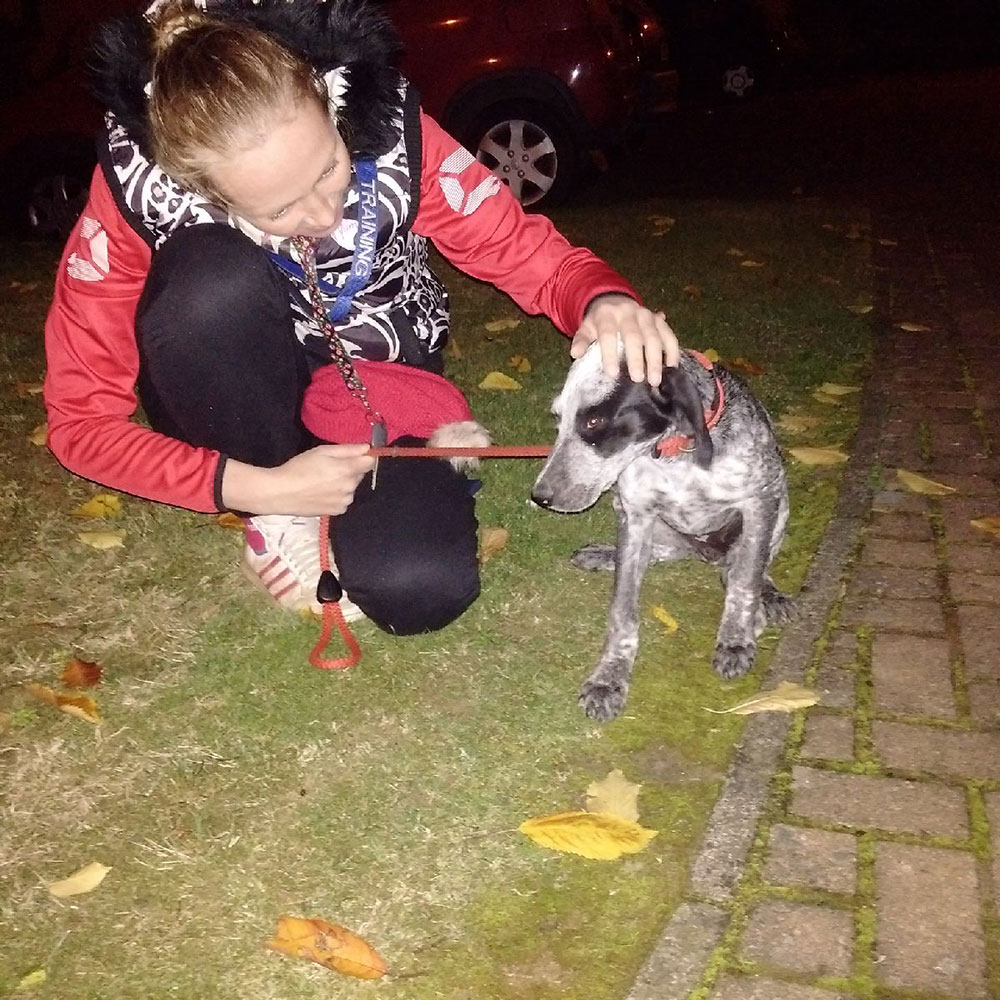 Luna is welcomed by Agata 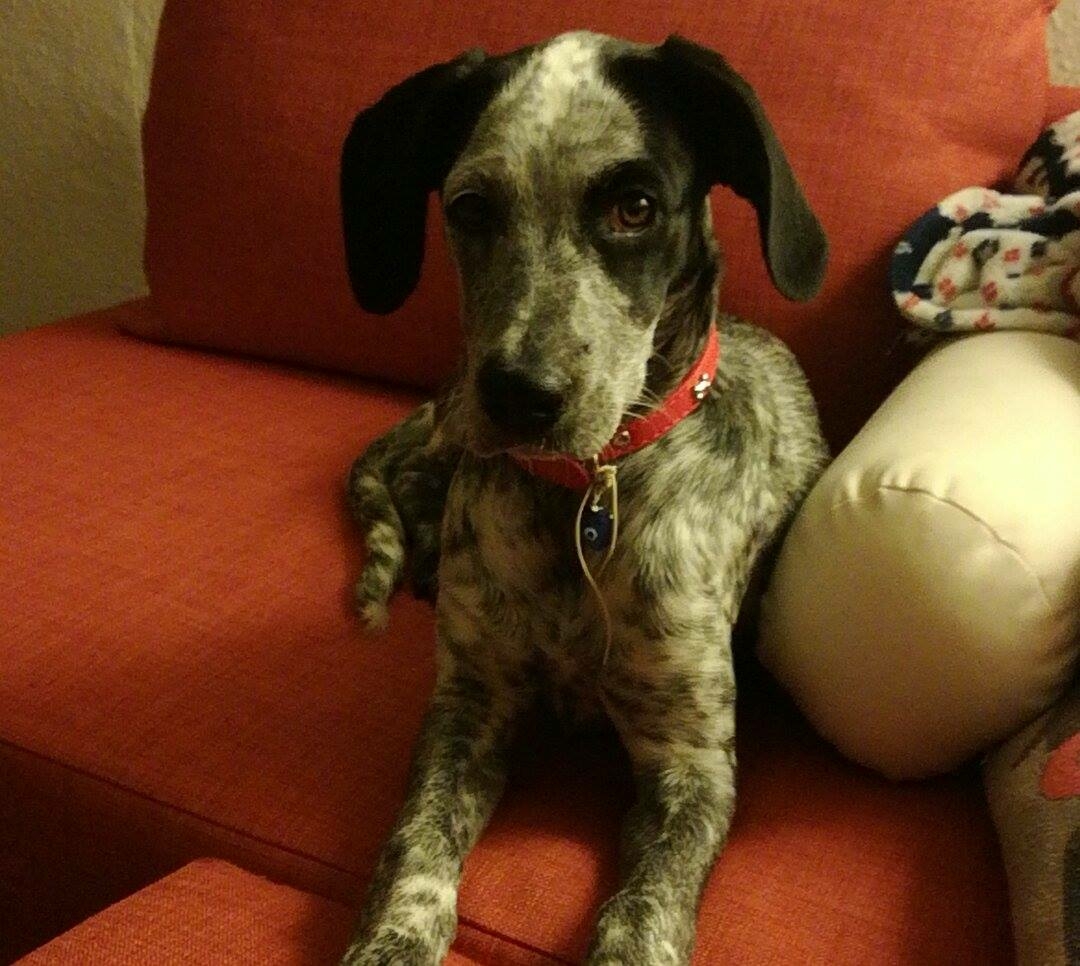 Such a pretty girl, Luna! 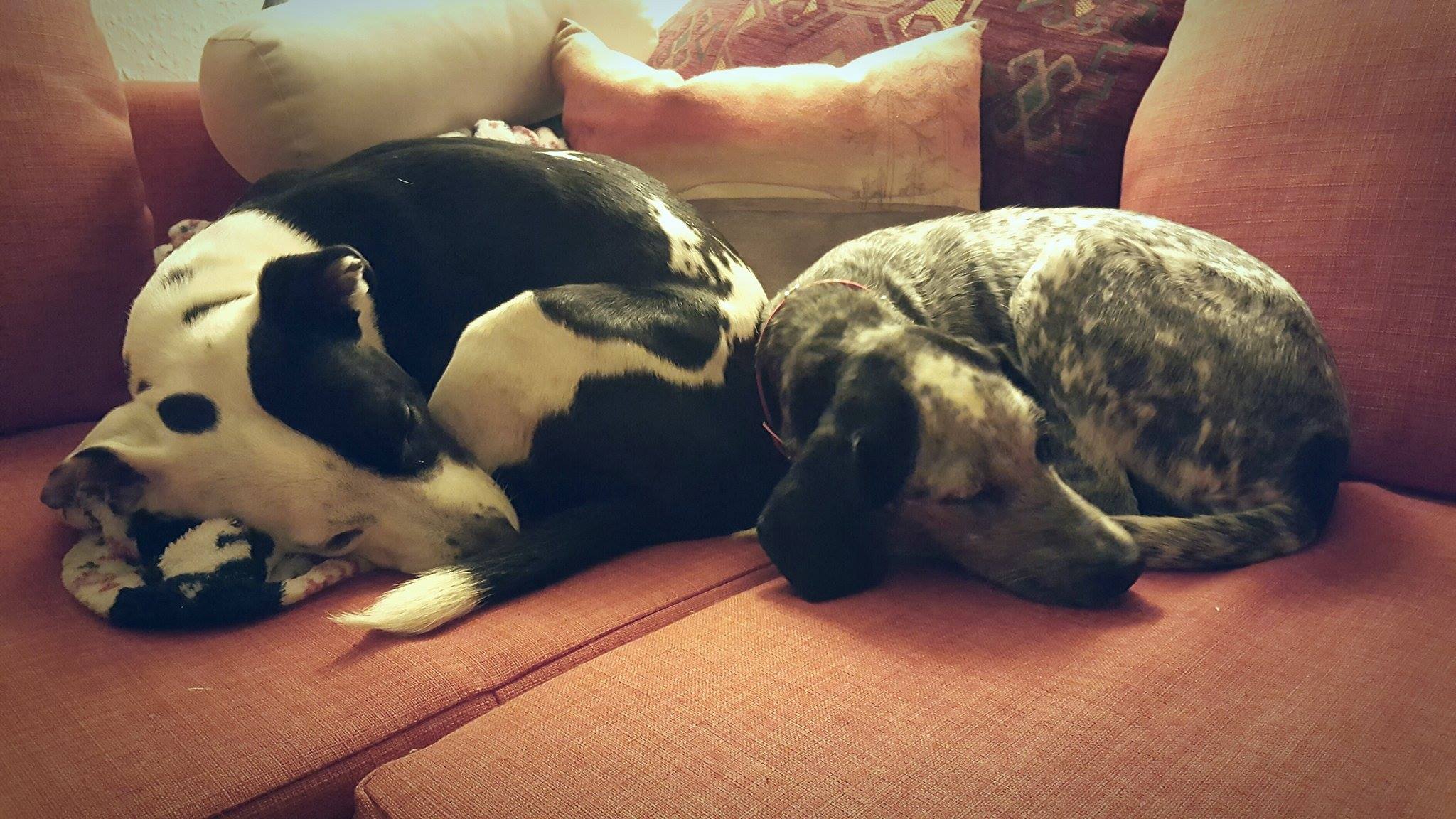 Luna and her new housemate

Beautiful Setter Sofie was found abandoned on the streets by Rebecca, who brought her up alongside Luna. 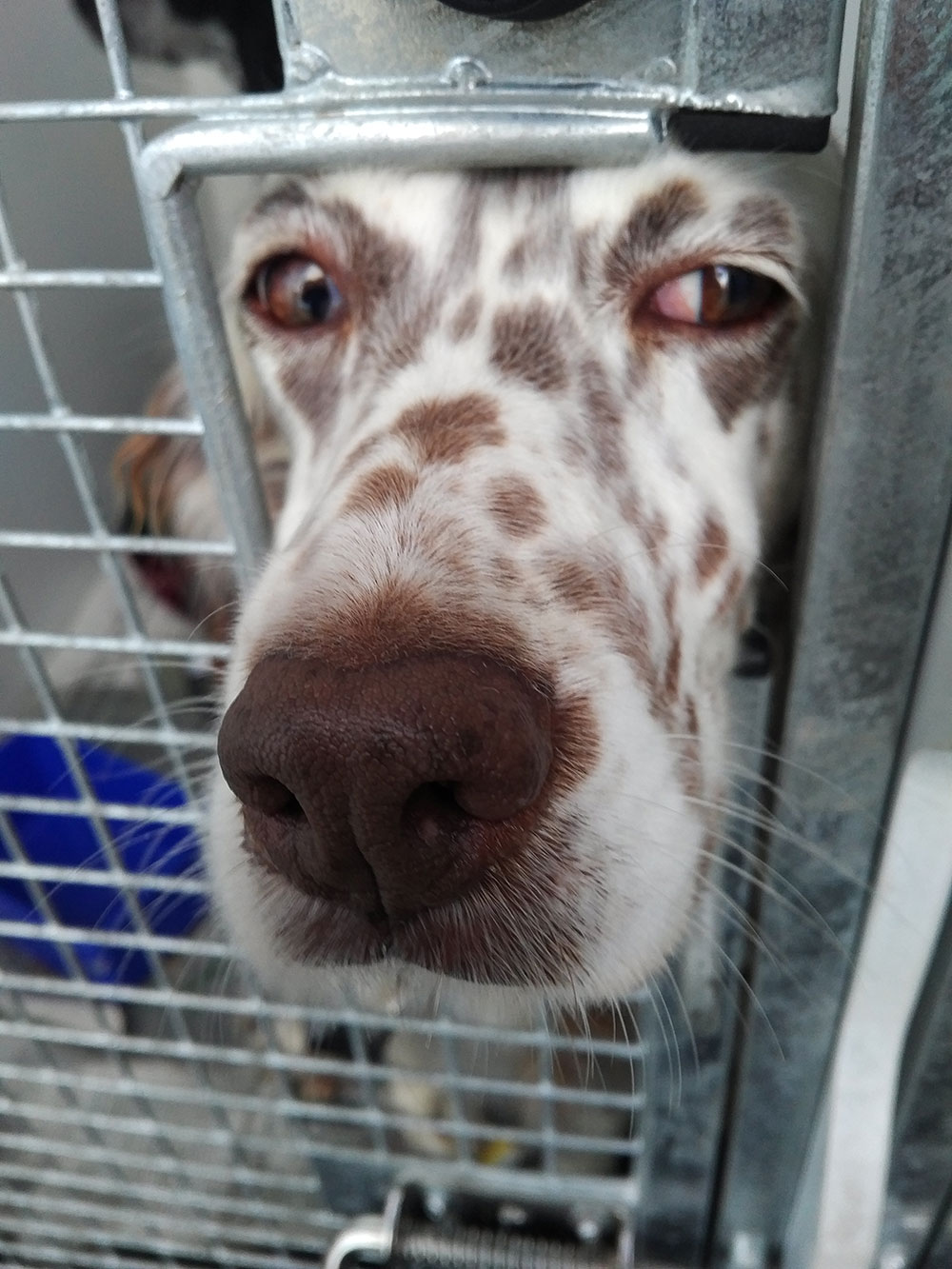 Sofie waiting for her microchip to be read at Calais 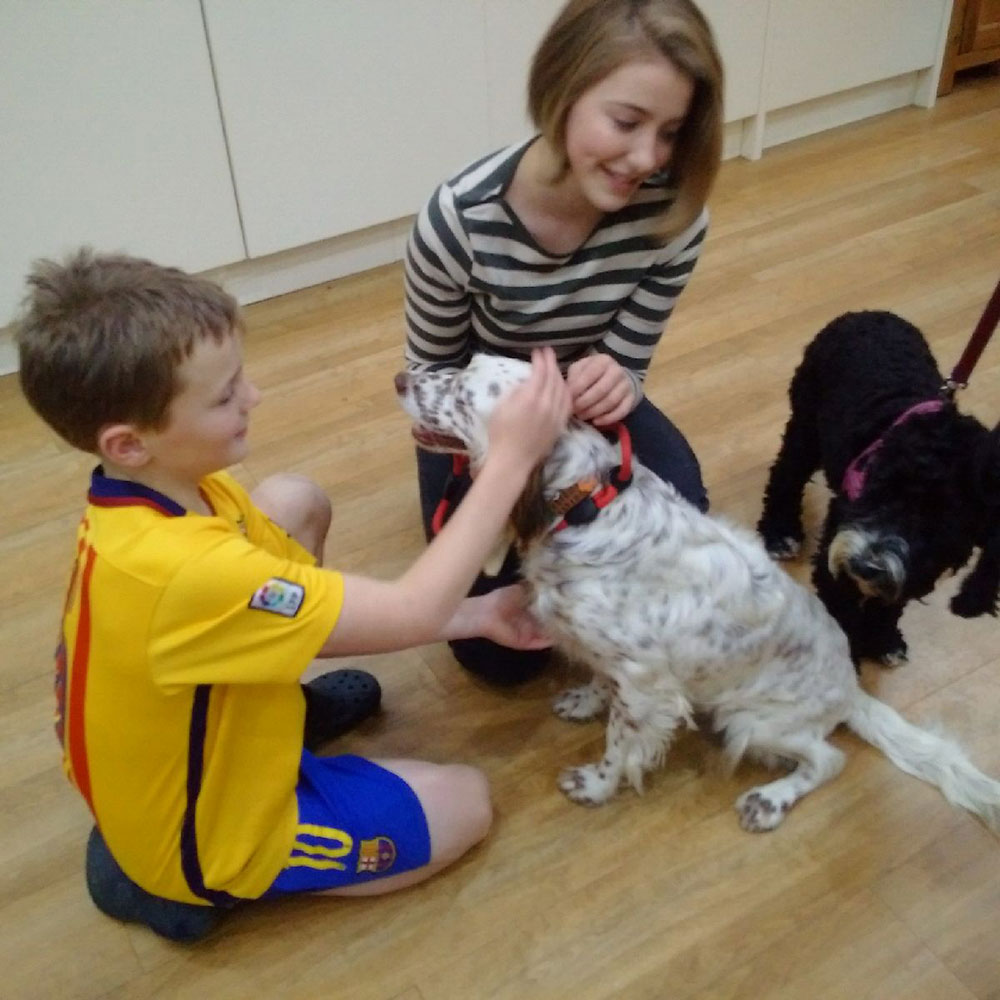 Darling Daisy was born in Rebecca’s home and has always lived with her, so parting with her was hard for Rebecca, but she has been adopted into a loving new home. 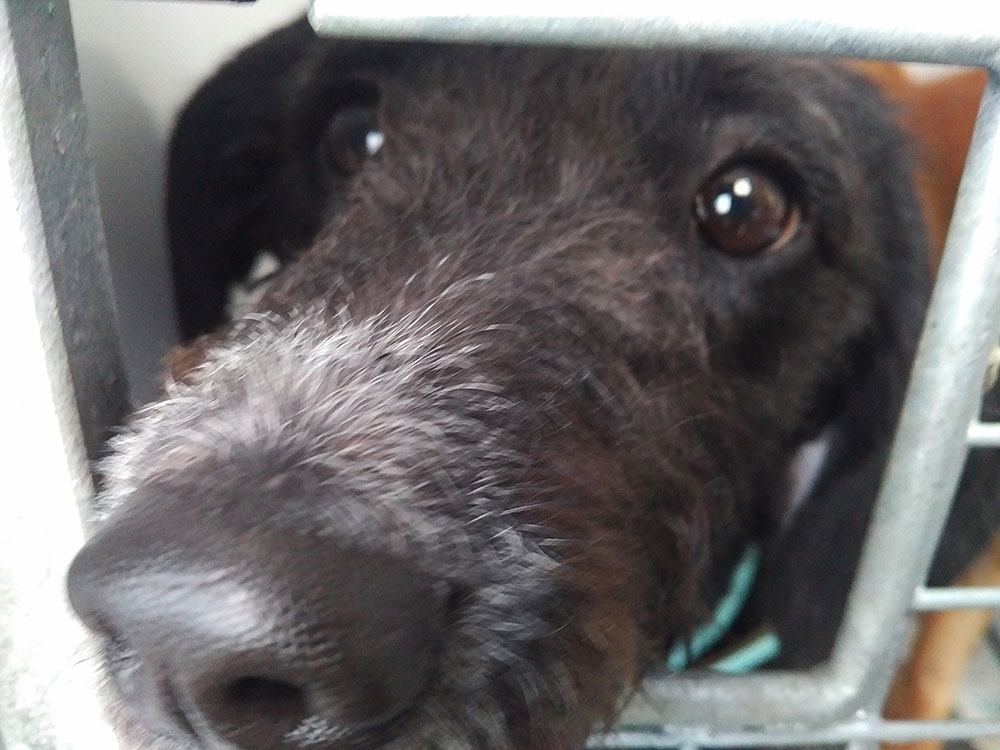 Daisy waiting for her microchip reading

A handsome, placid Golden Retriever from Lemnos, Alfie has been adopted by a family in Manchester. He may even become a film star, as there are plans afoot to shoot a fund-raising video for the shelter that took him in, and possibly a movie about the lives of the dogs on the Greek islands. 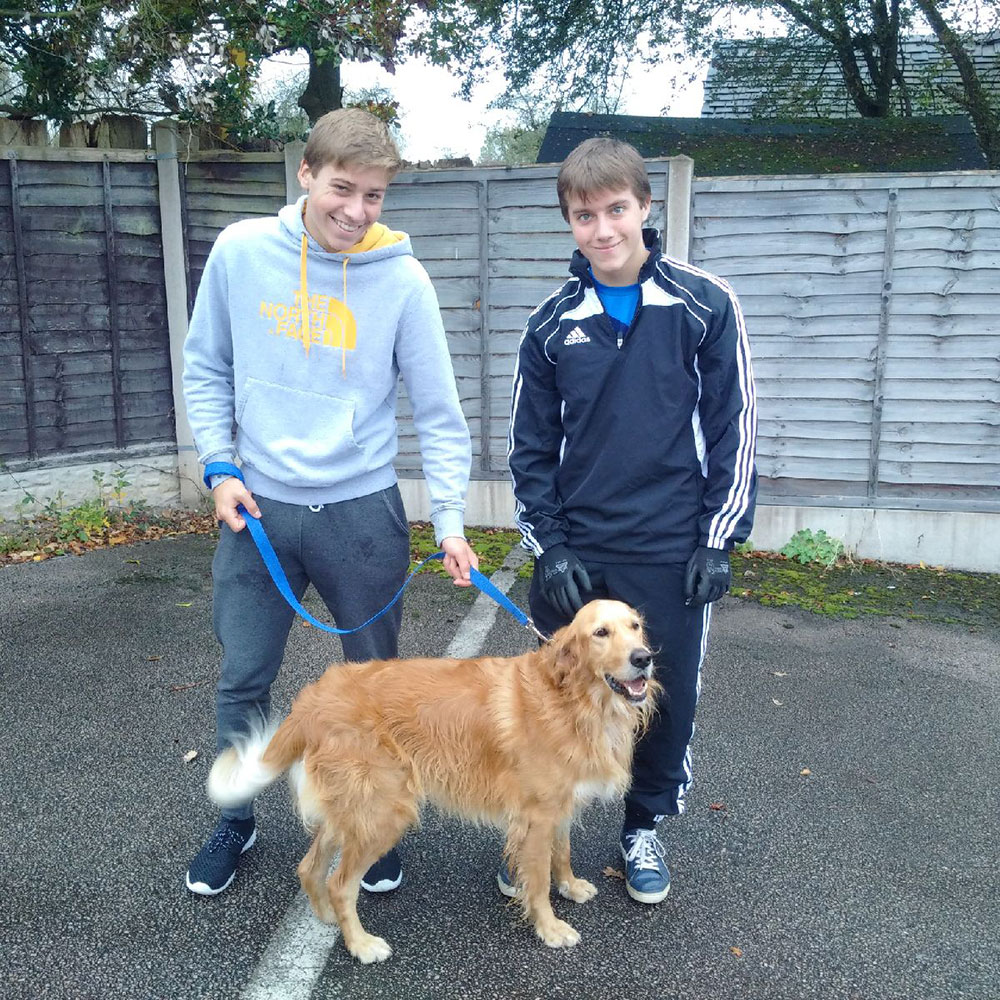 Alfie with Deven and Tylor, members of his wonderful new family

Bo is a holiday romance — Suzanne was on holiday on Lesvos and was followed home by Bo. When she realised she couldn’t leave Bo behind, Suzanne got in touch with us, and the rest, as they say, is history. 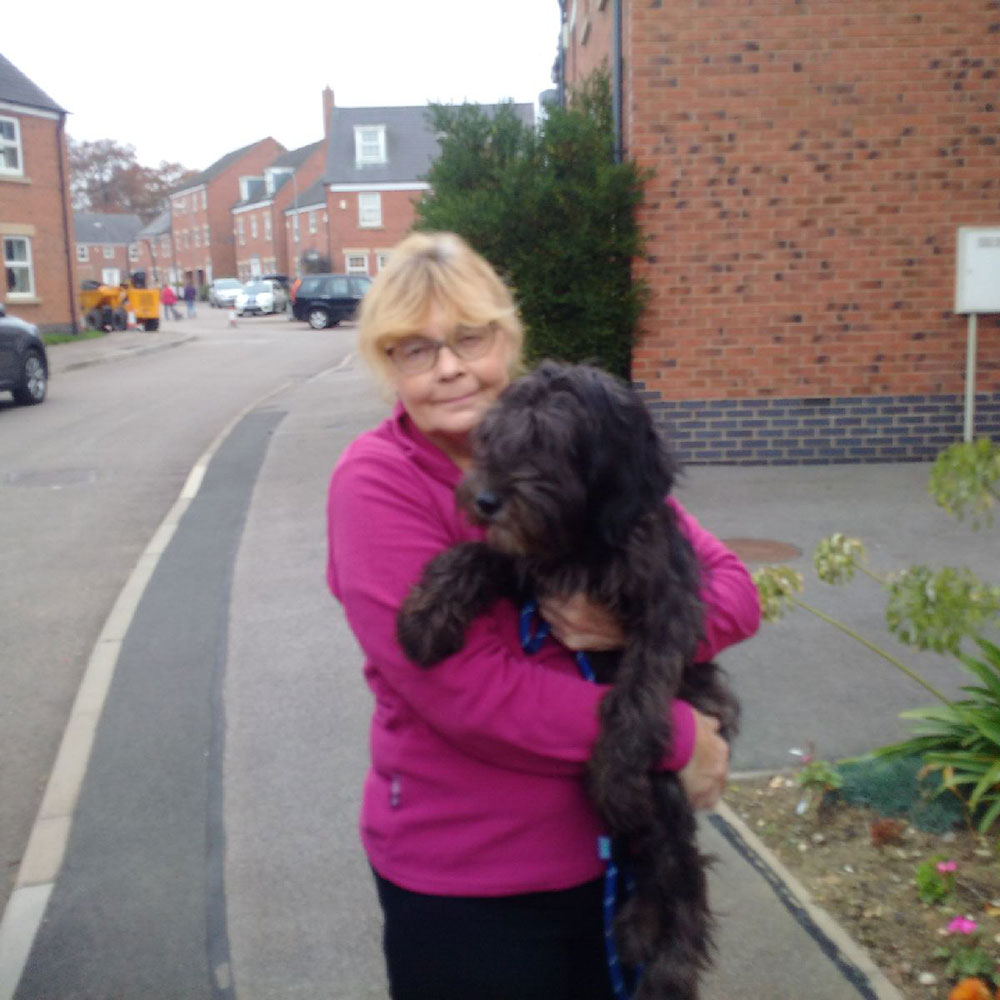