Cats, dogs and finches hop on board in Italy

On arrival in Italy from Greece, Animalcouriers headed to Rome to collect a cat called Joleen, then on to Florence and Milan. But first, there were morning walks for our Greek doggy passengers. 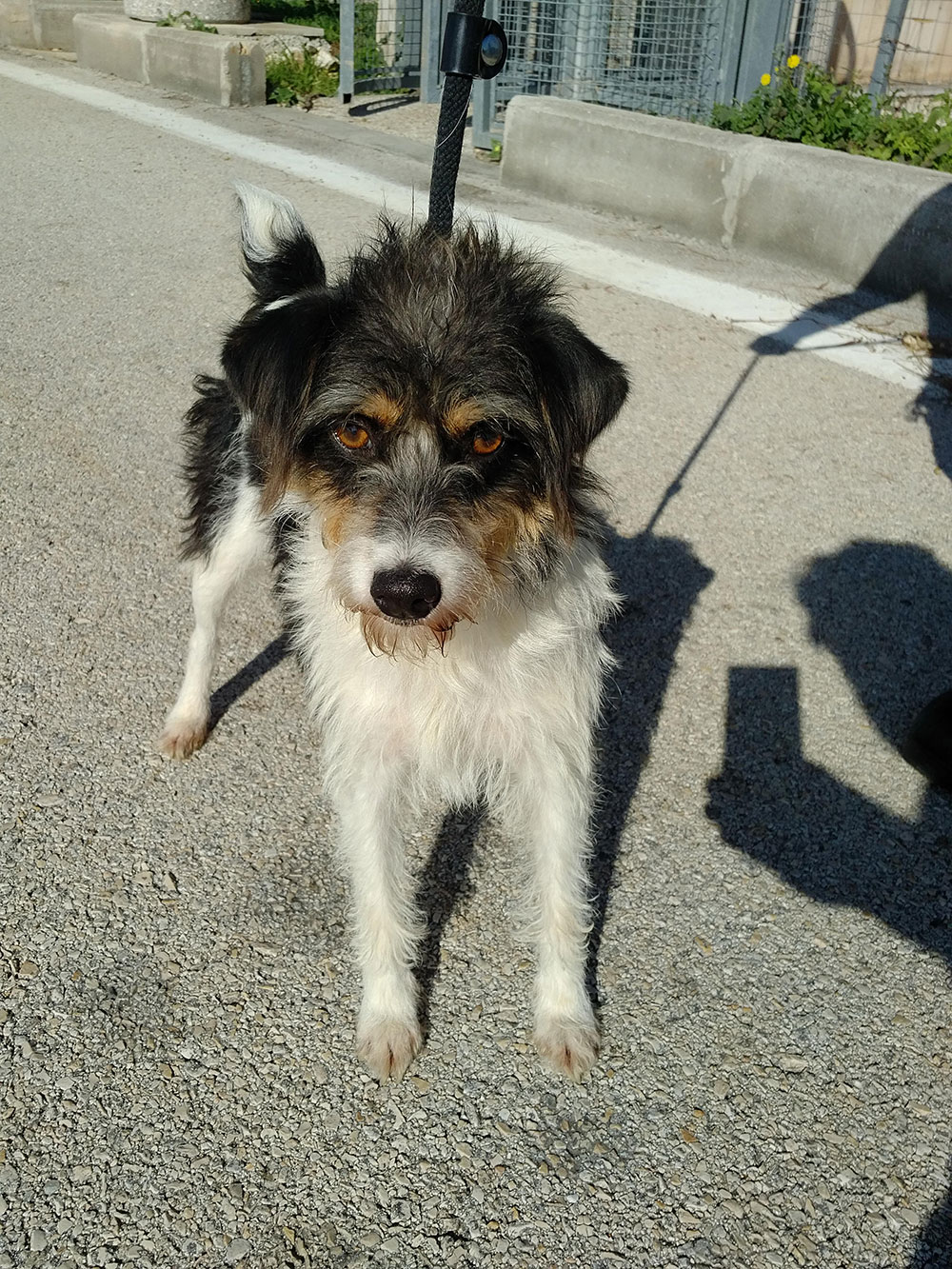 Fluffy Manoula in the morning sun 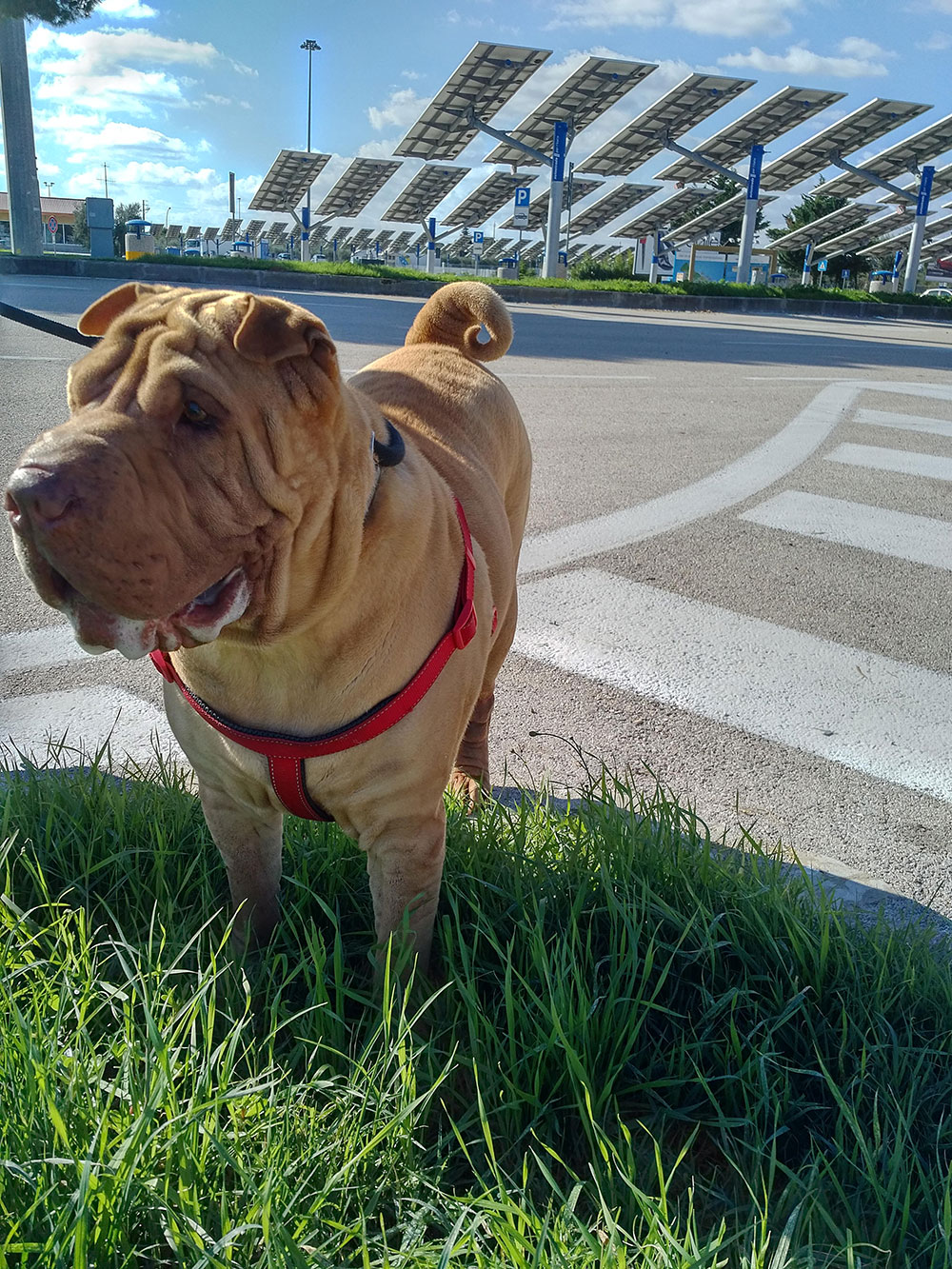 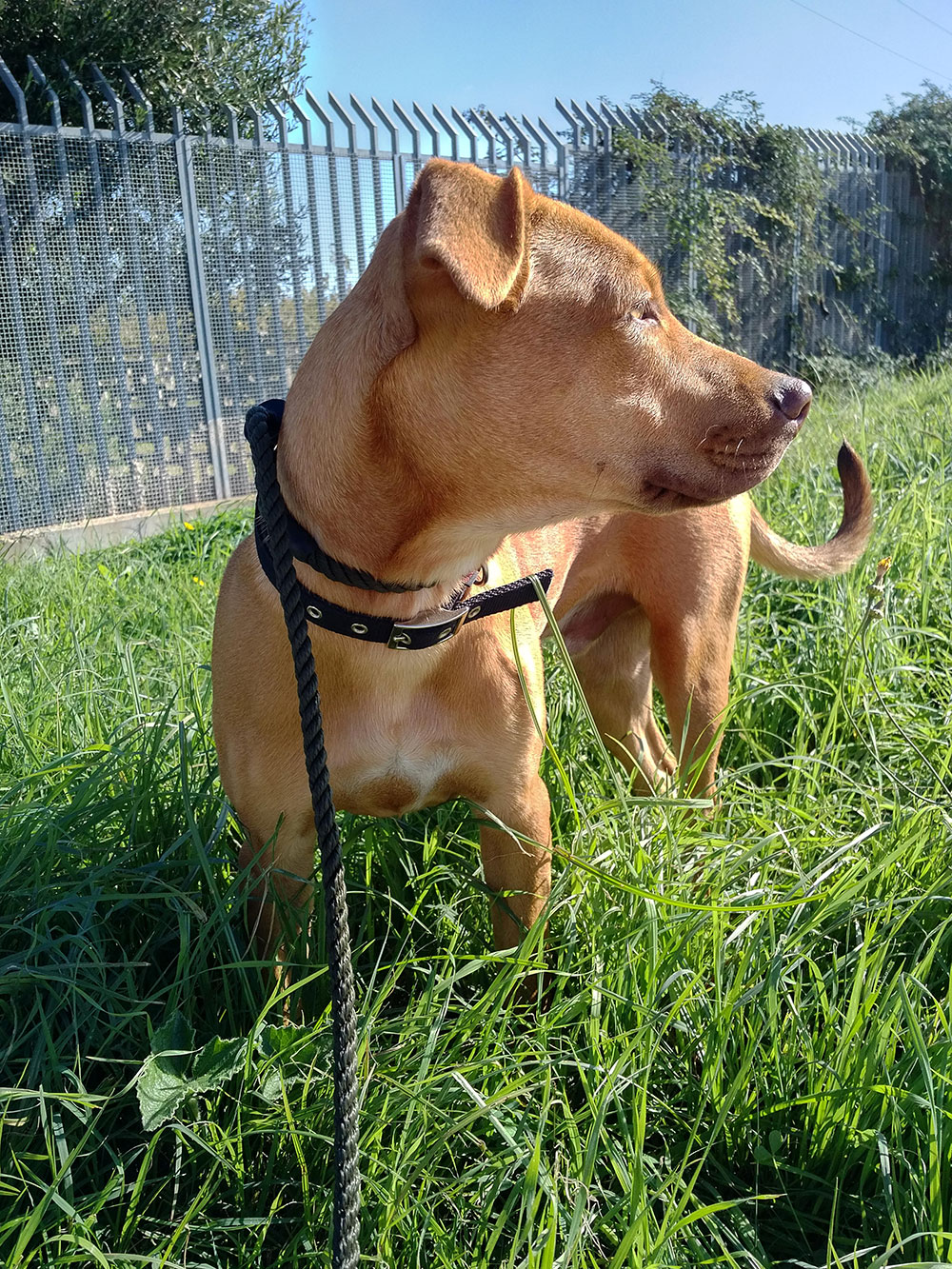 Senso’s attention is caught by something in the distance 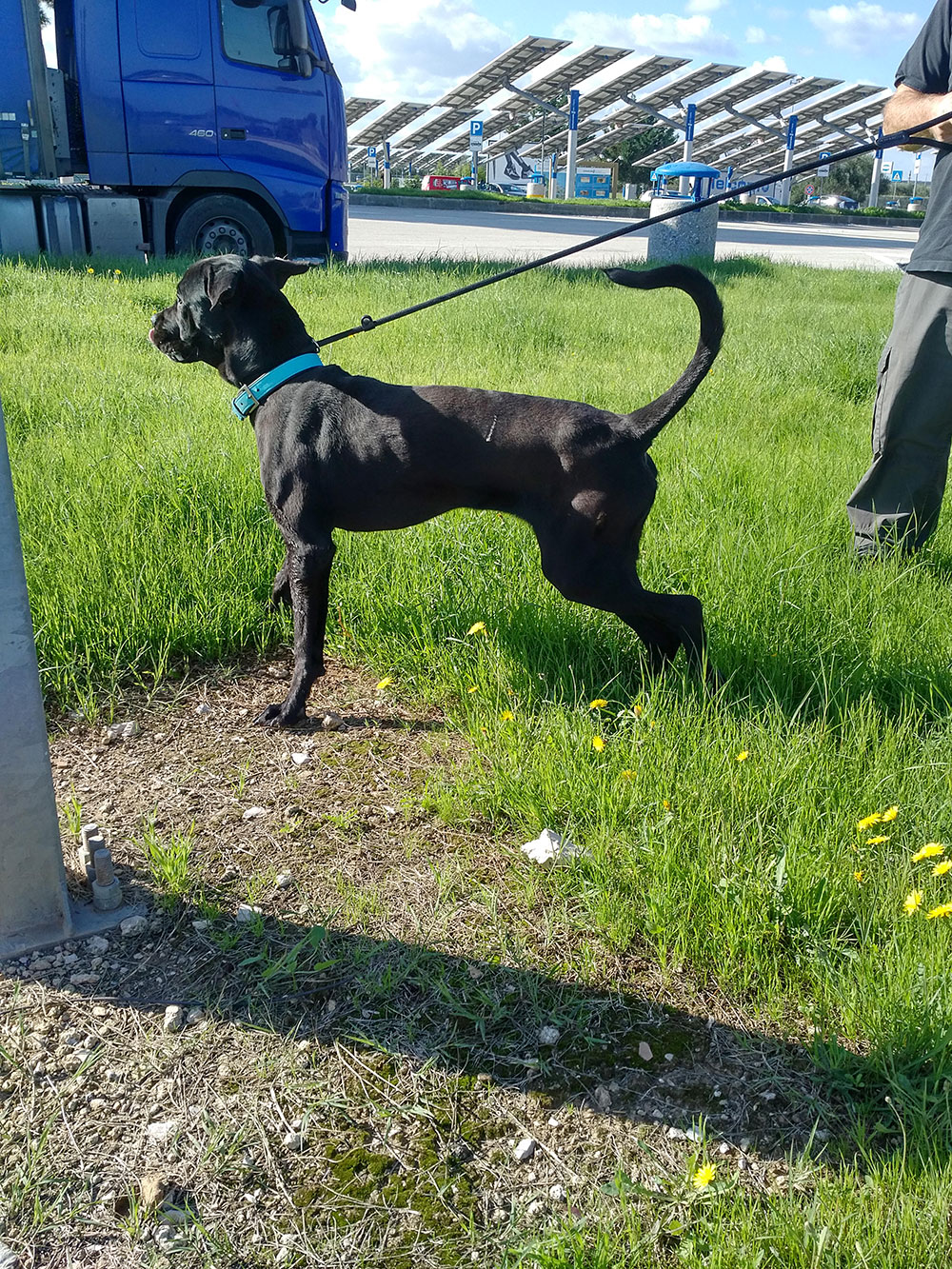 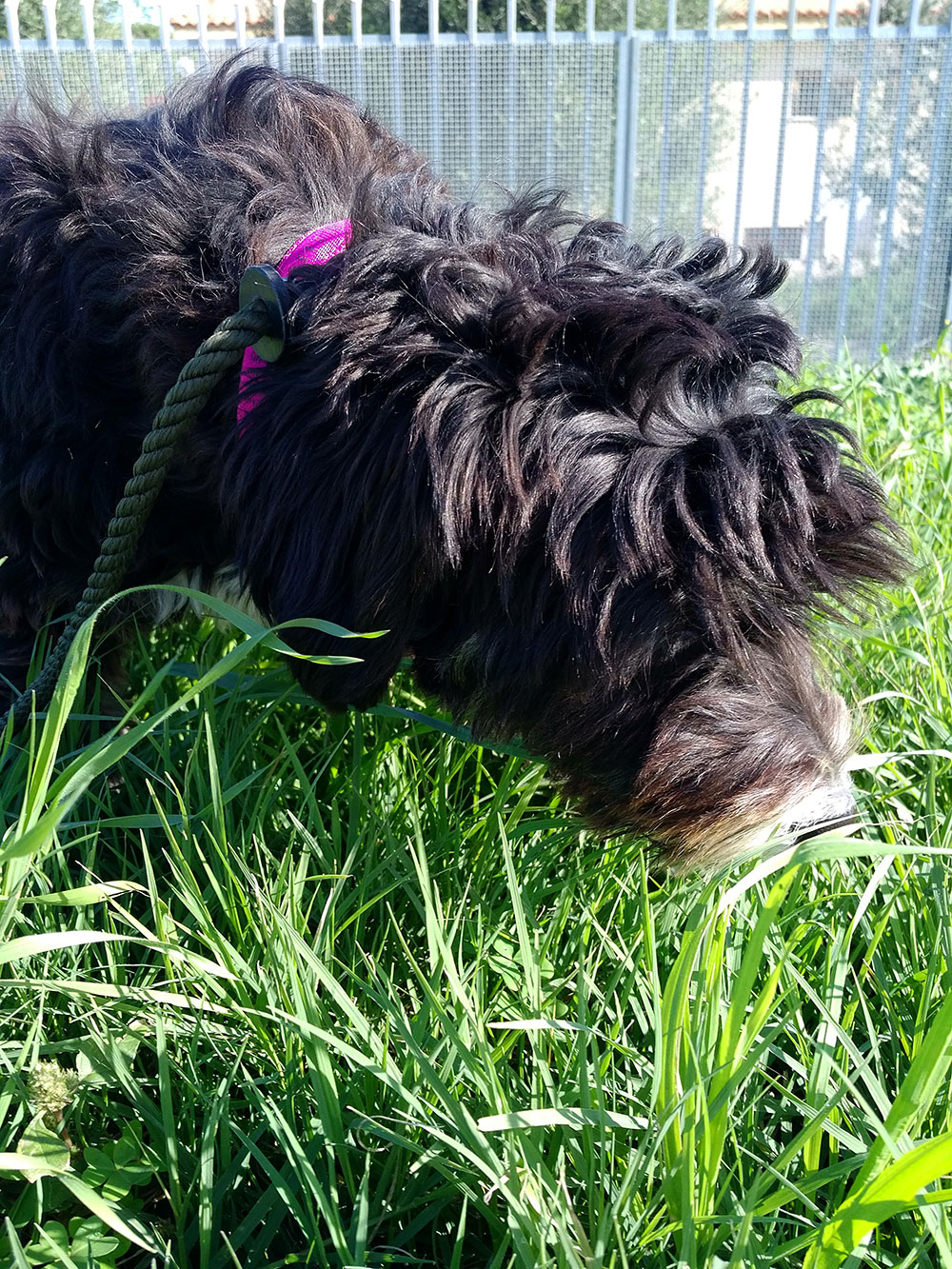 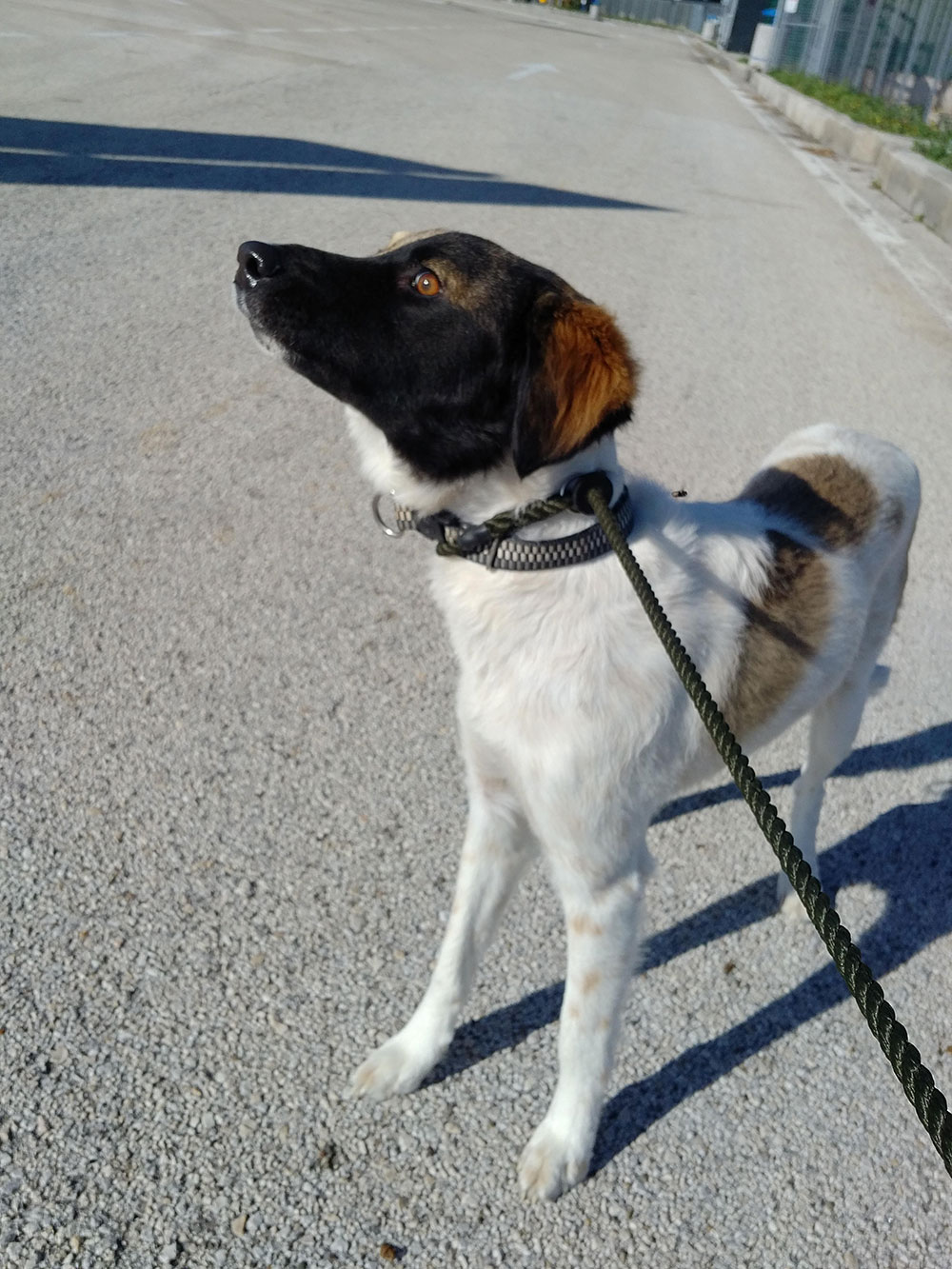 Milo favouring the camera with the dark side of his face 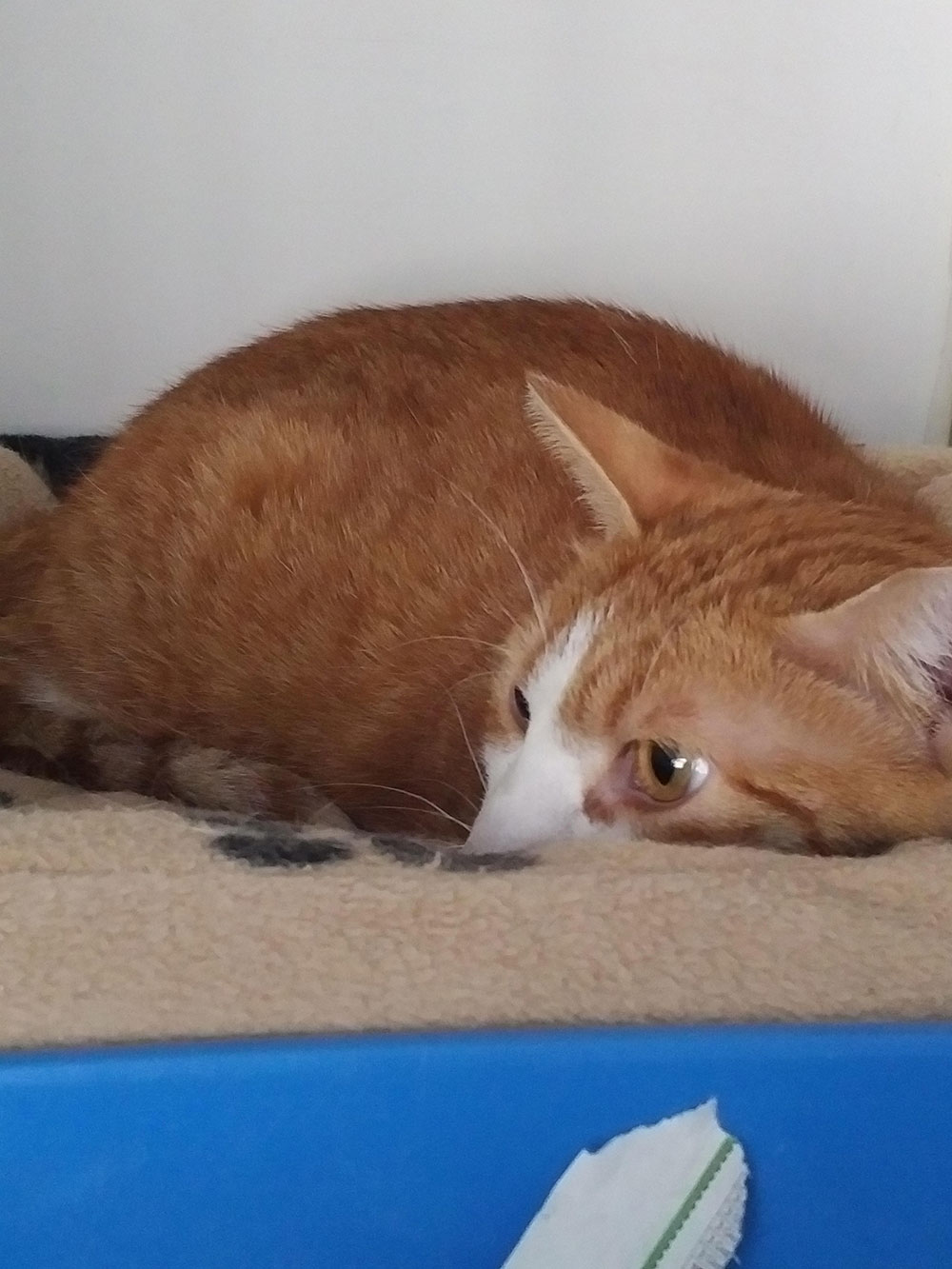 Aurora, our Greek kitty, alert to every sound

Beautiful Bengal Joleen joined us near Rome. She’s on her way to owner Claudio, who’s working in Coventry. 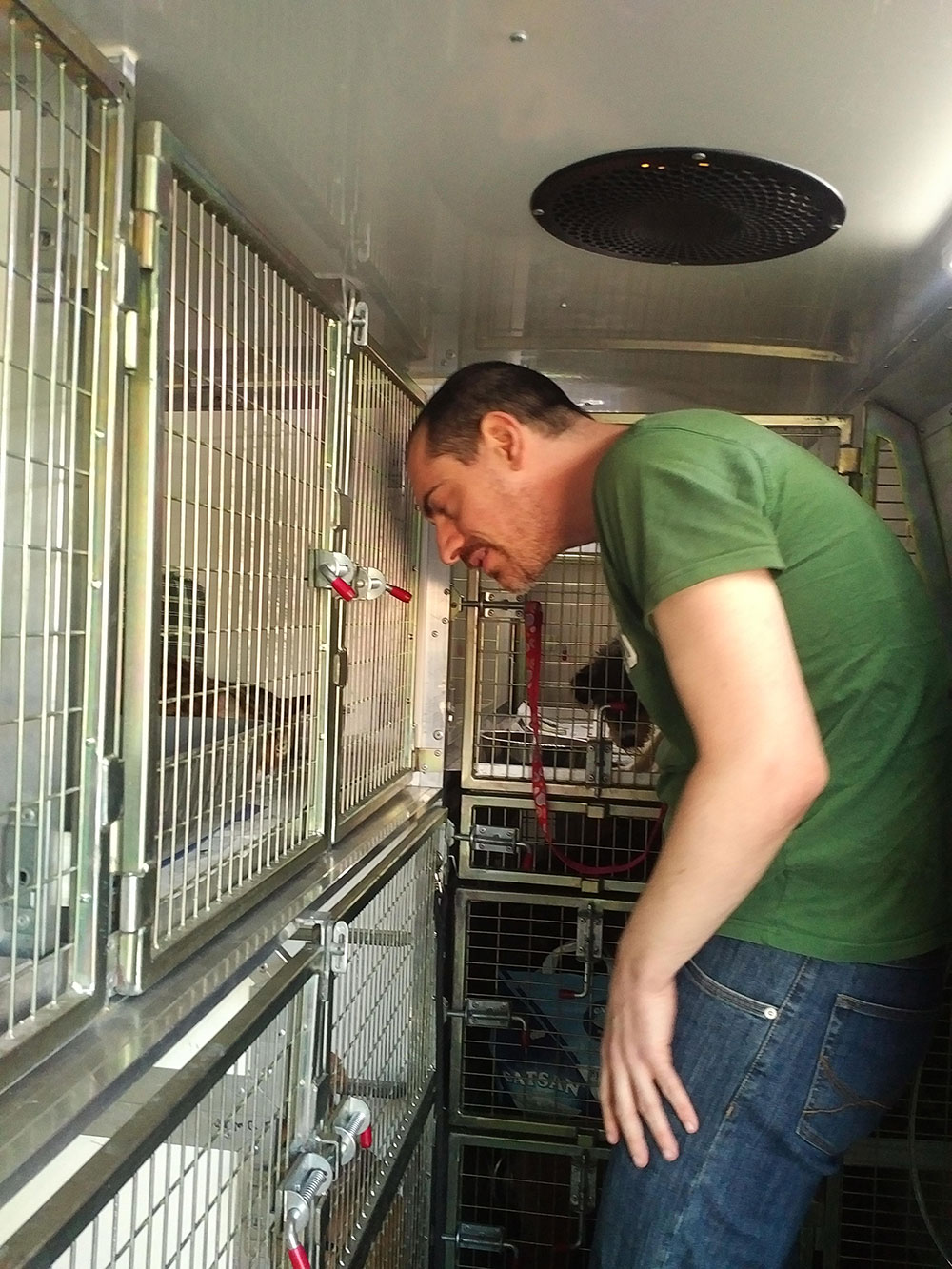 Claudio’s brother Giorgio brought Joleen to join the trip, and watched as she settled in to her bedroom 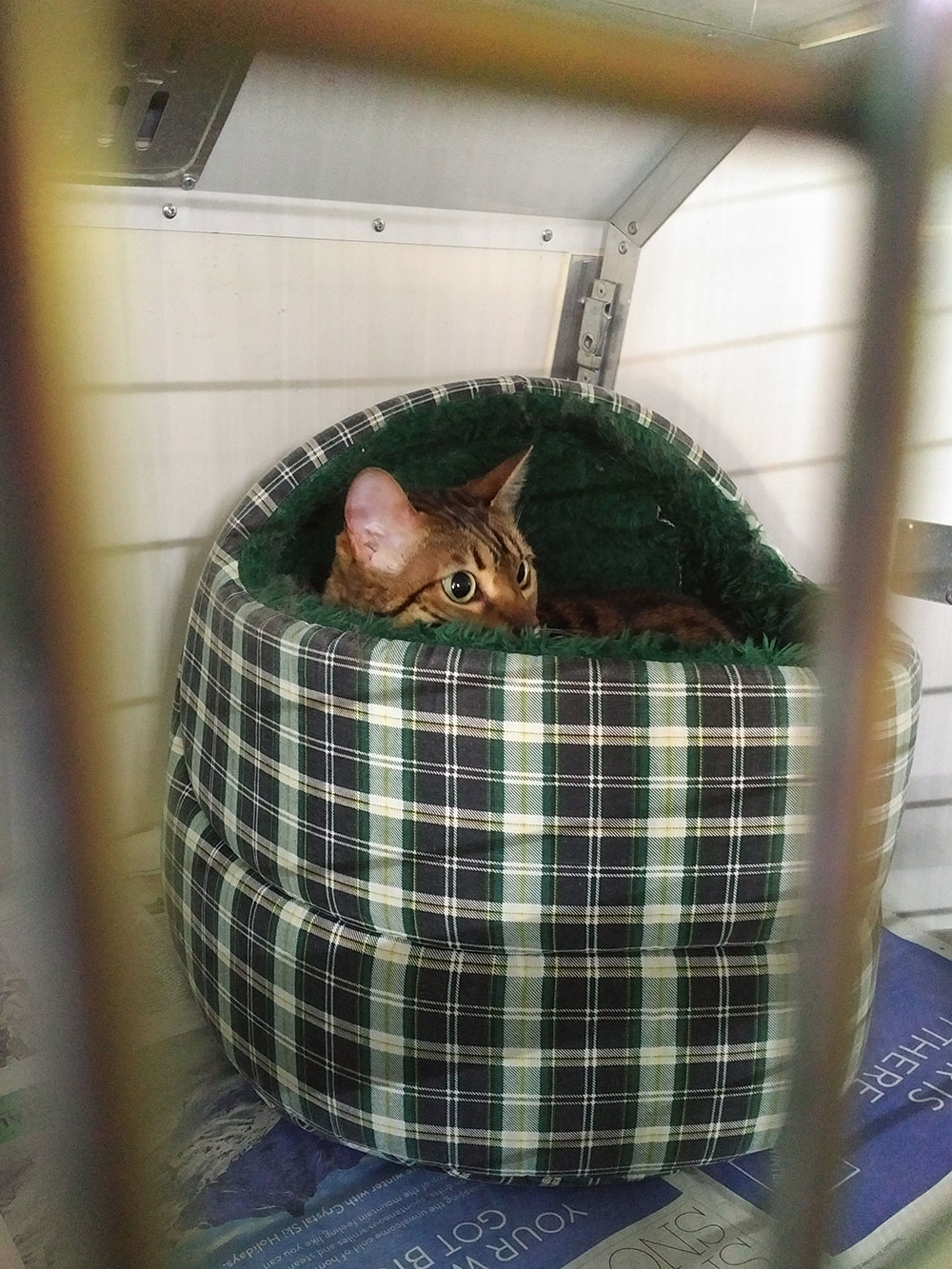 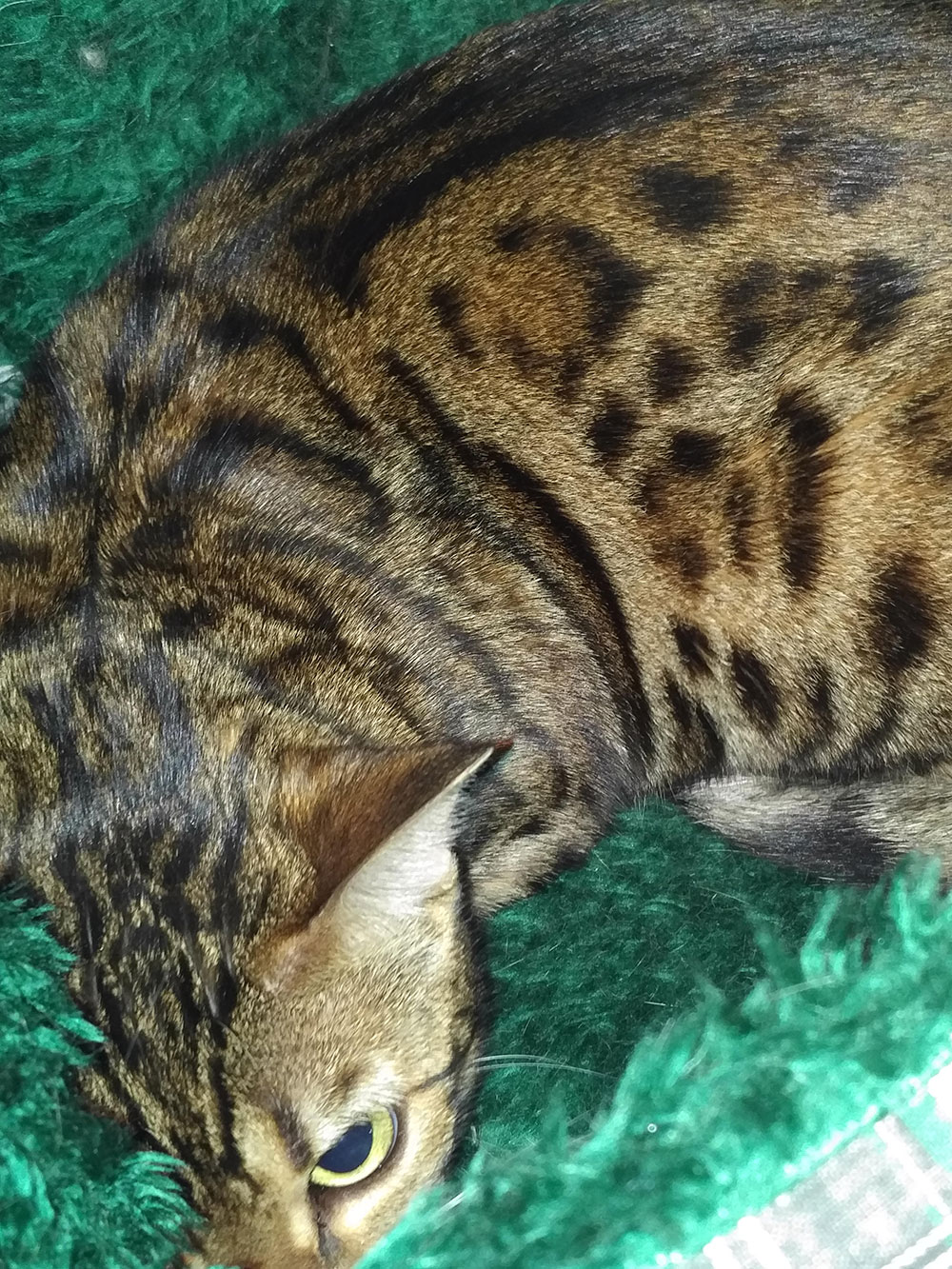 One-year-old tabby cat Piumetta is travelling with us from the Arezzo area to London, where owner Victoria is waiting for her. Victoria’s sister Paola has been looking after Piumetta in the meantime. 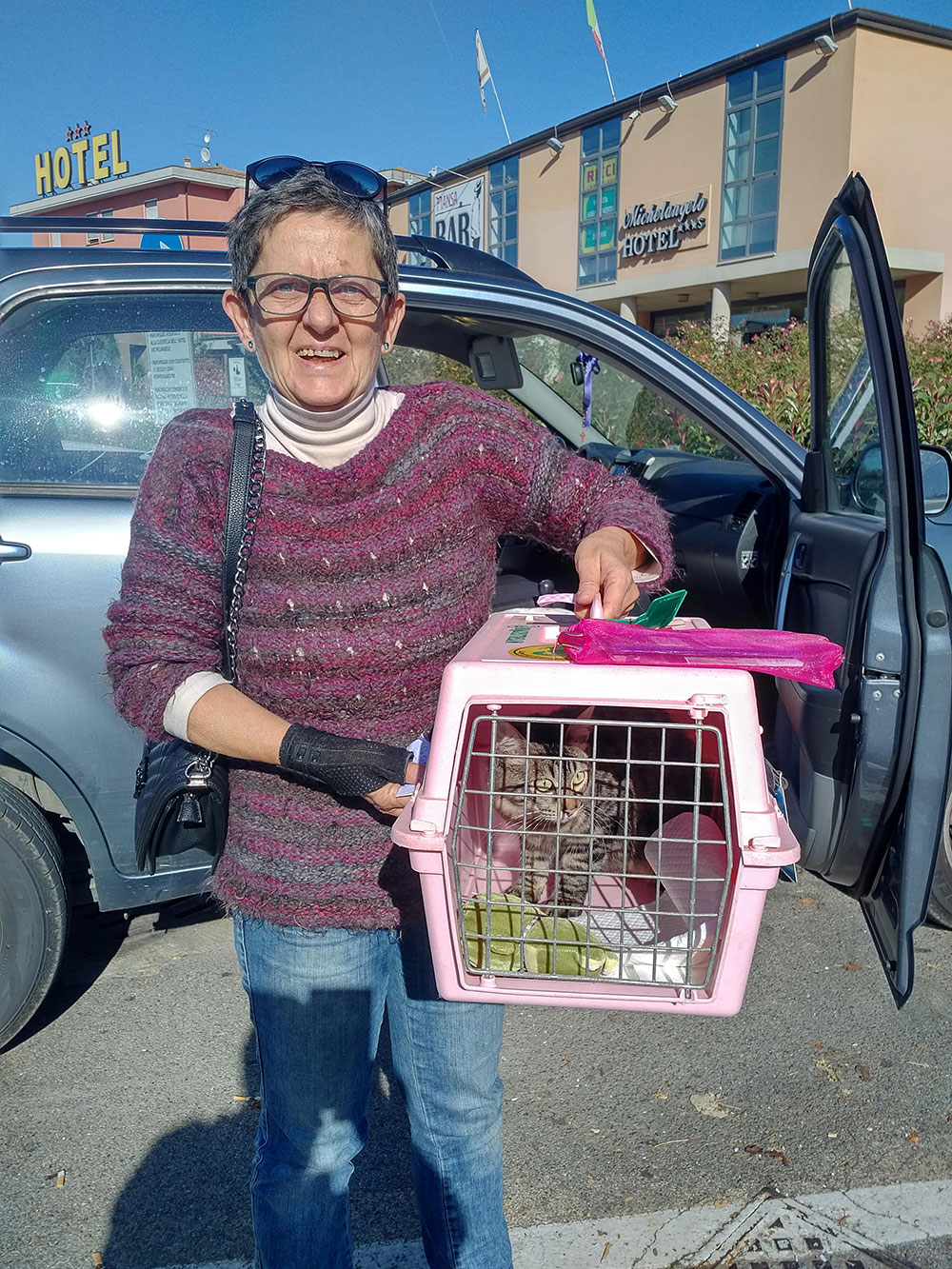 Paola brought Piumetta to us in bright Italian sunshine 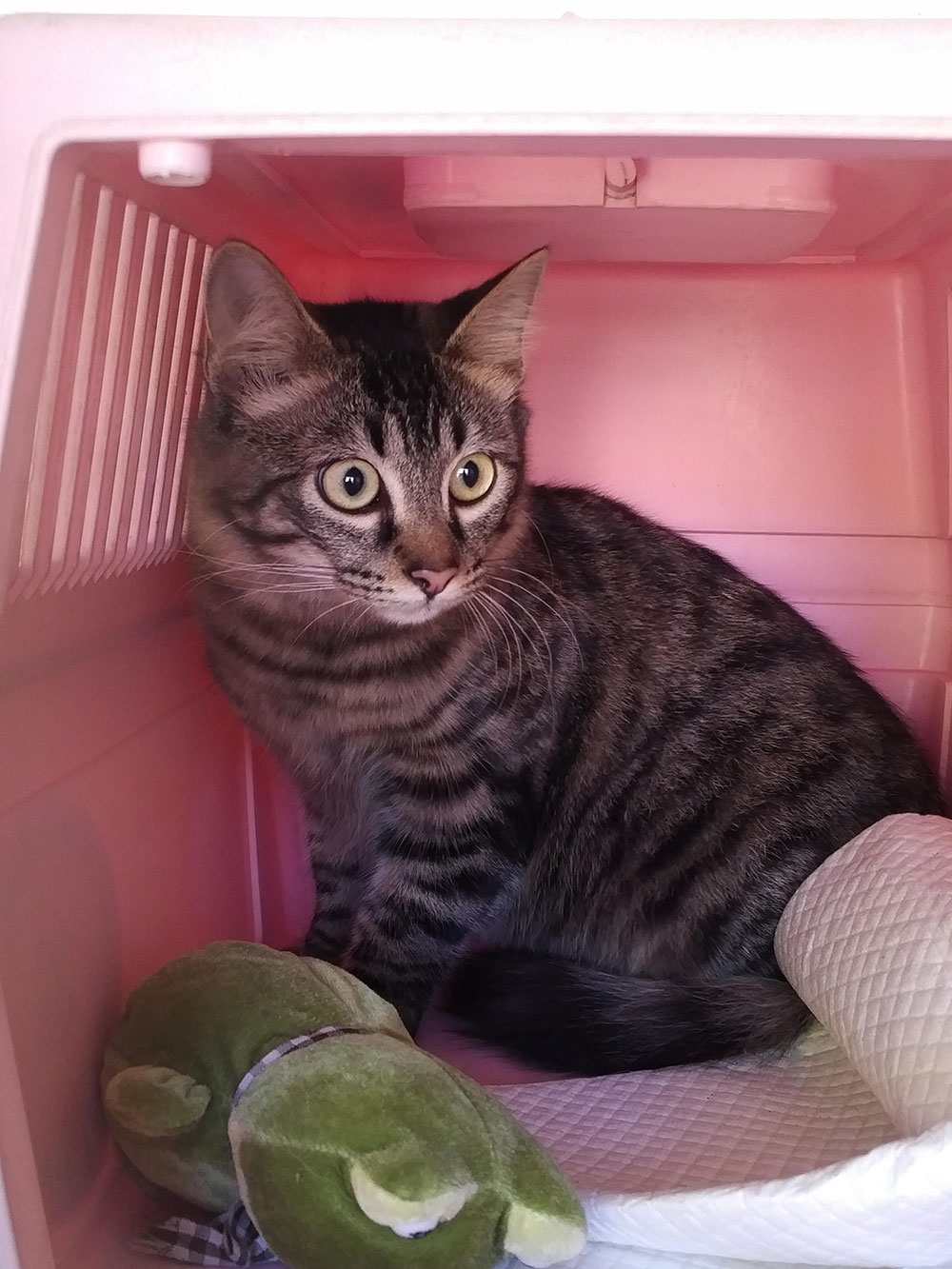 What a gorgeous girl!

This wonderfully named pair of glossy black cats have been living in central Milan. Now owners Samantha and Richard are moving to Stockport and Scratch and Sniff are on their way too. 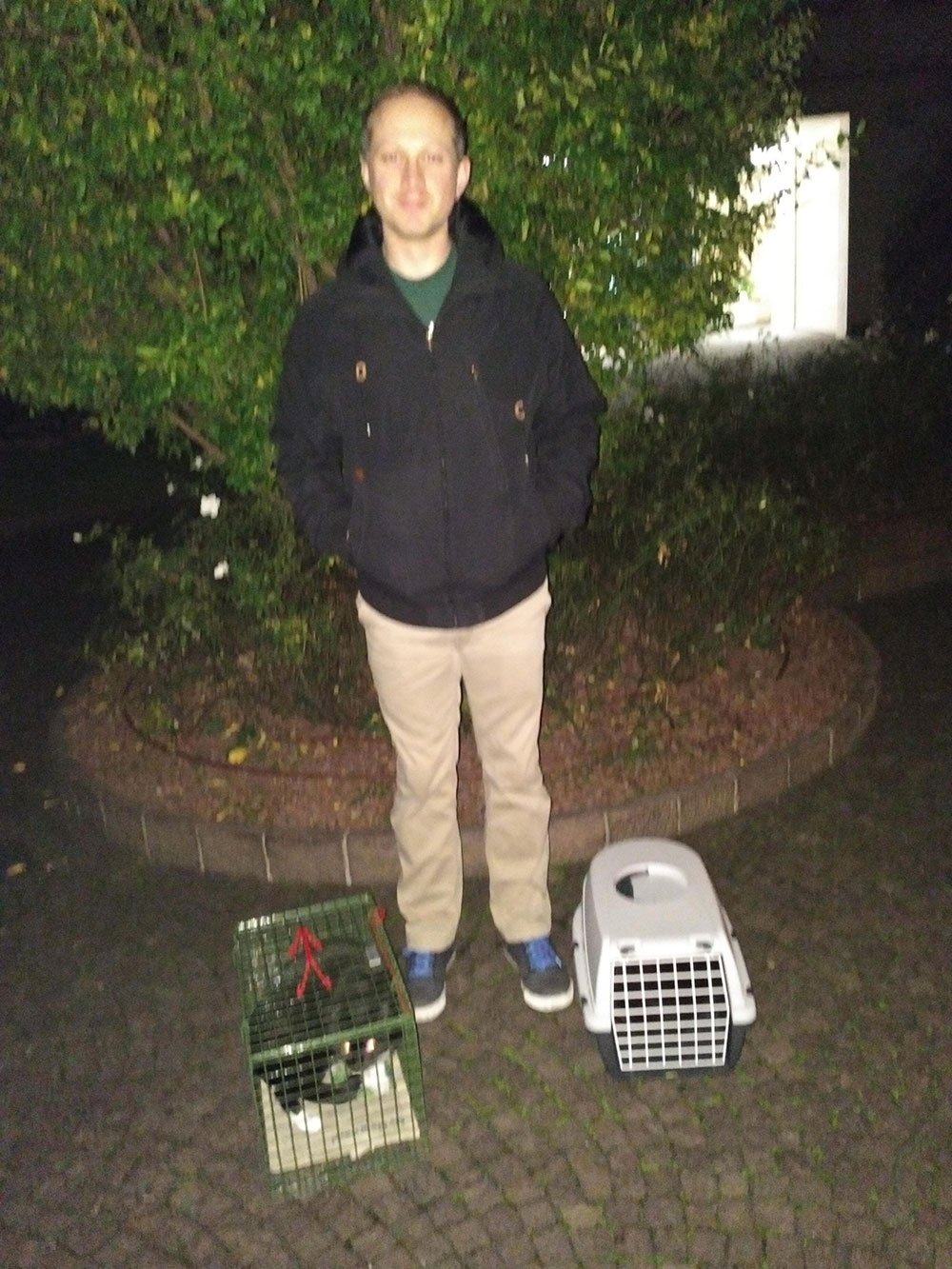 Richard handing over the cats to us 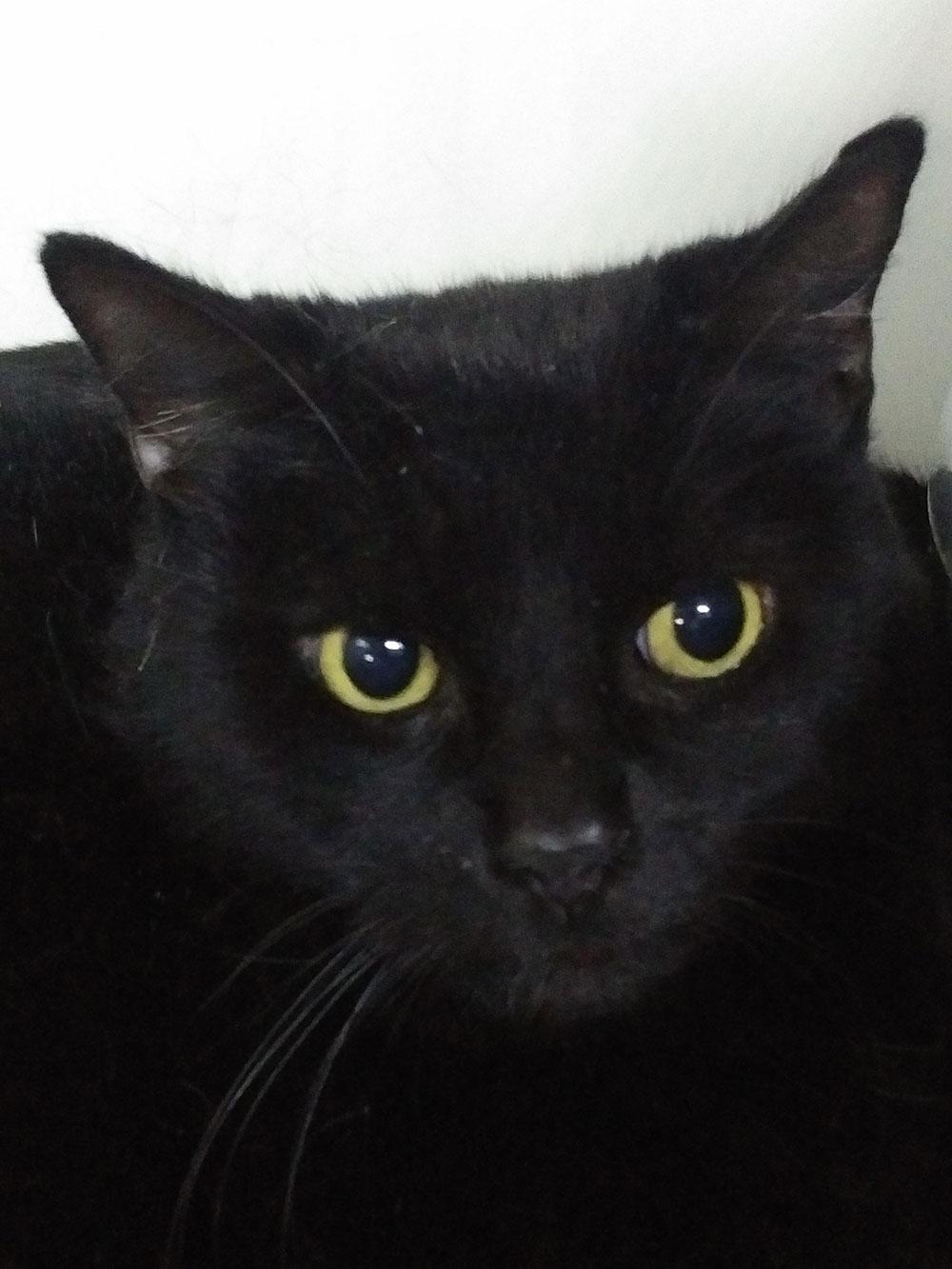 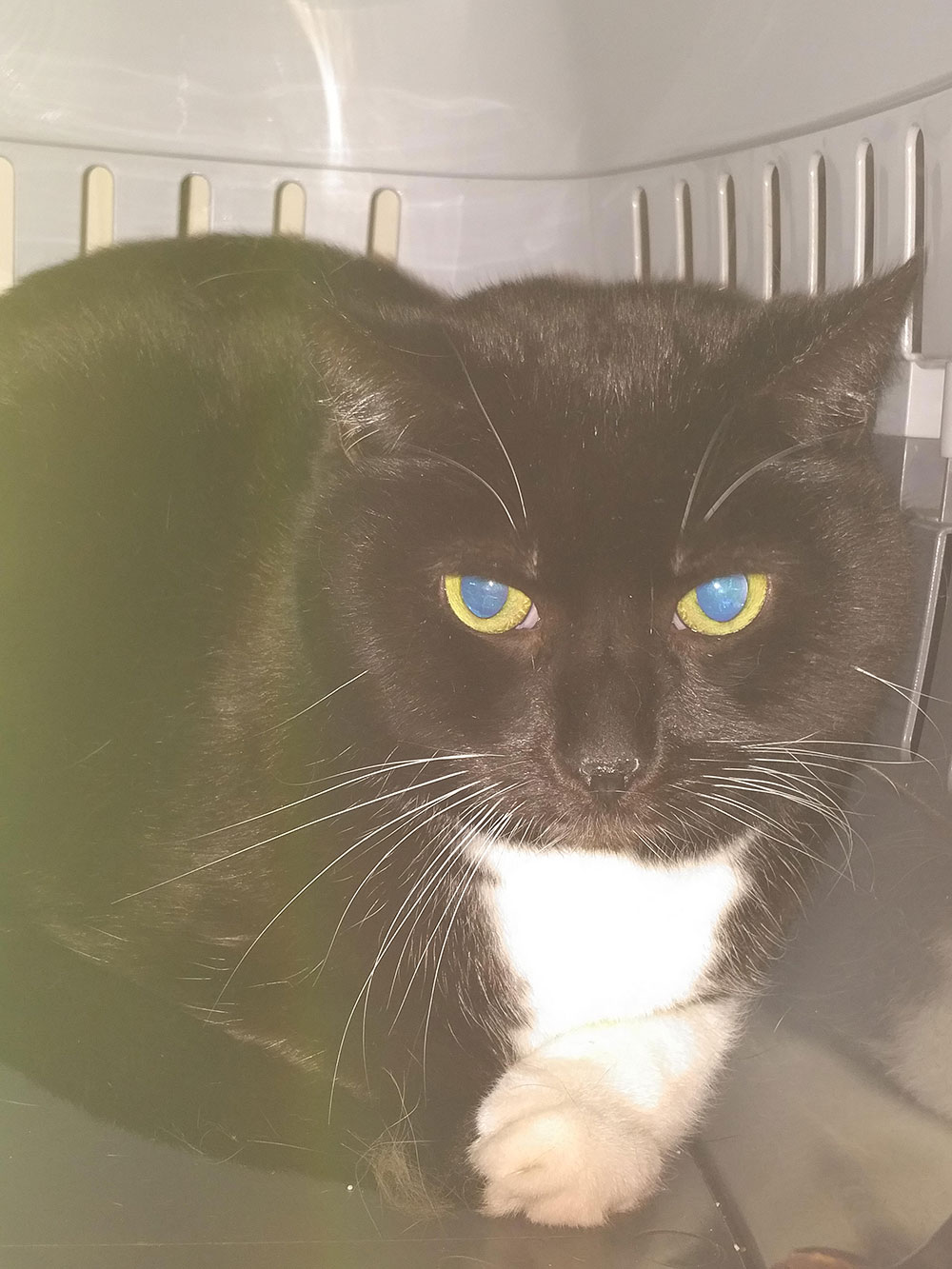 We collected a pair of captive-bred bullfinches from Massimo, a commercial breeder near Milan. We ensured the documentation was correct and the birds were close rung — this means a ring was put on the bird’s leg when it was a fledgling, which shows it was bred in captivity and not taken illegally from the wild. 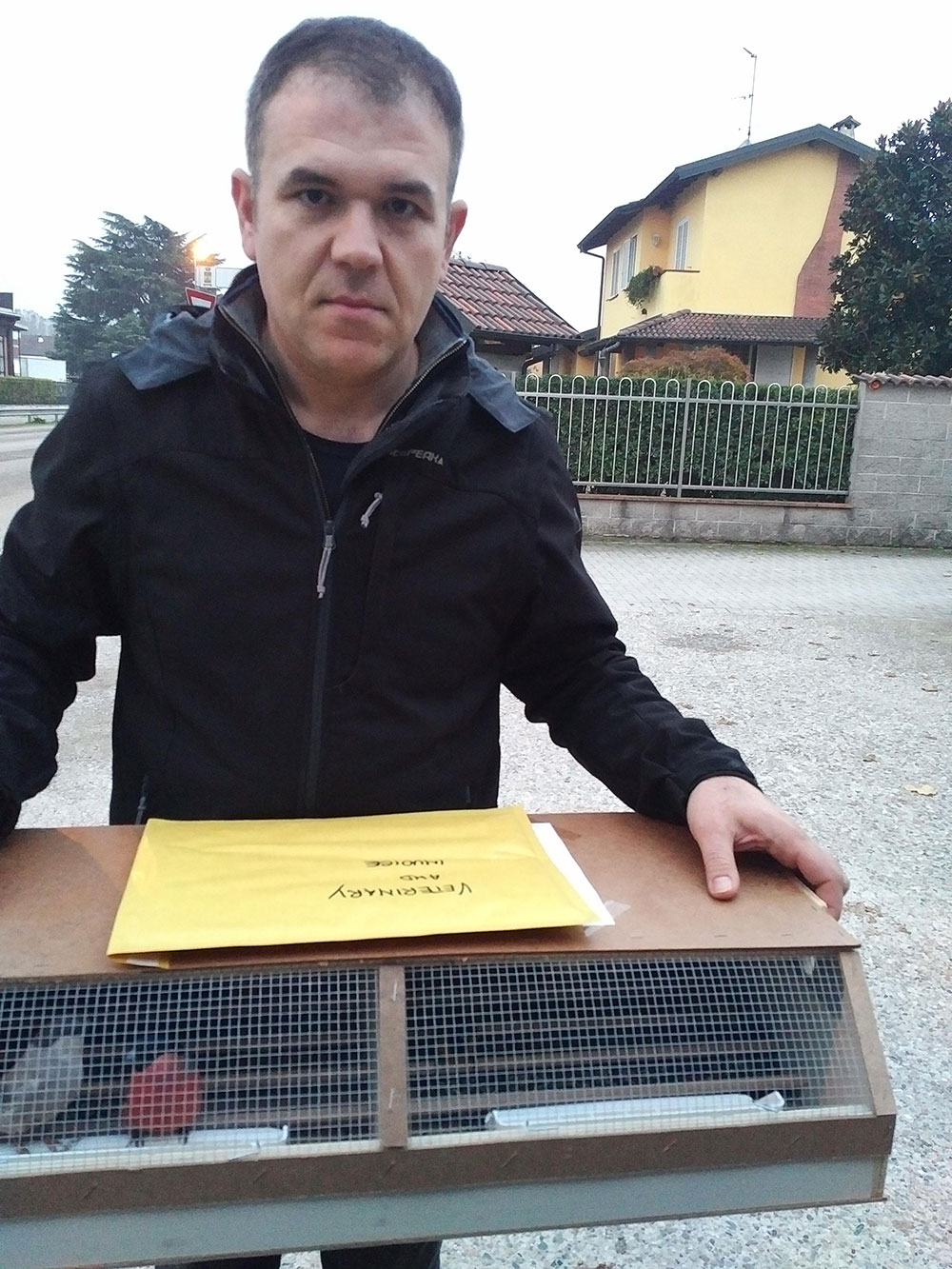 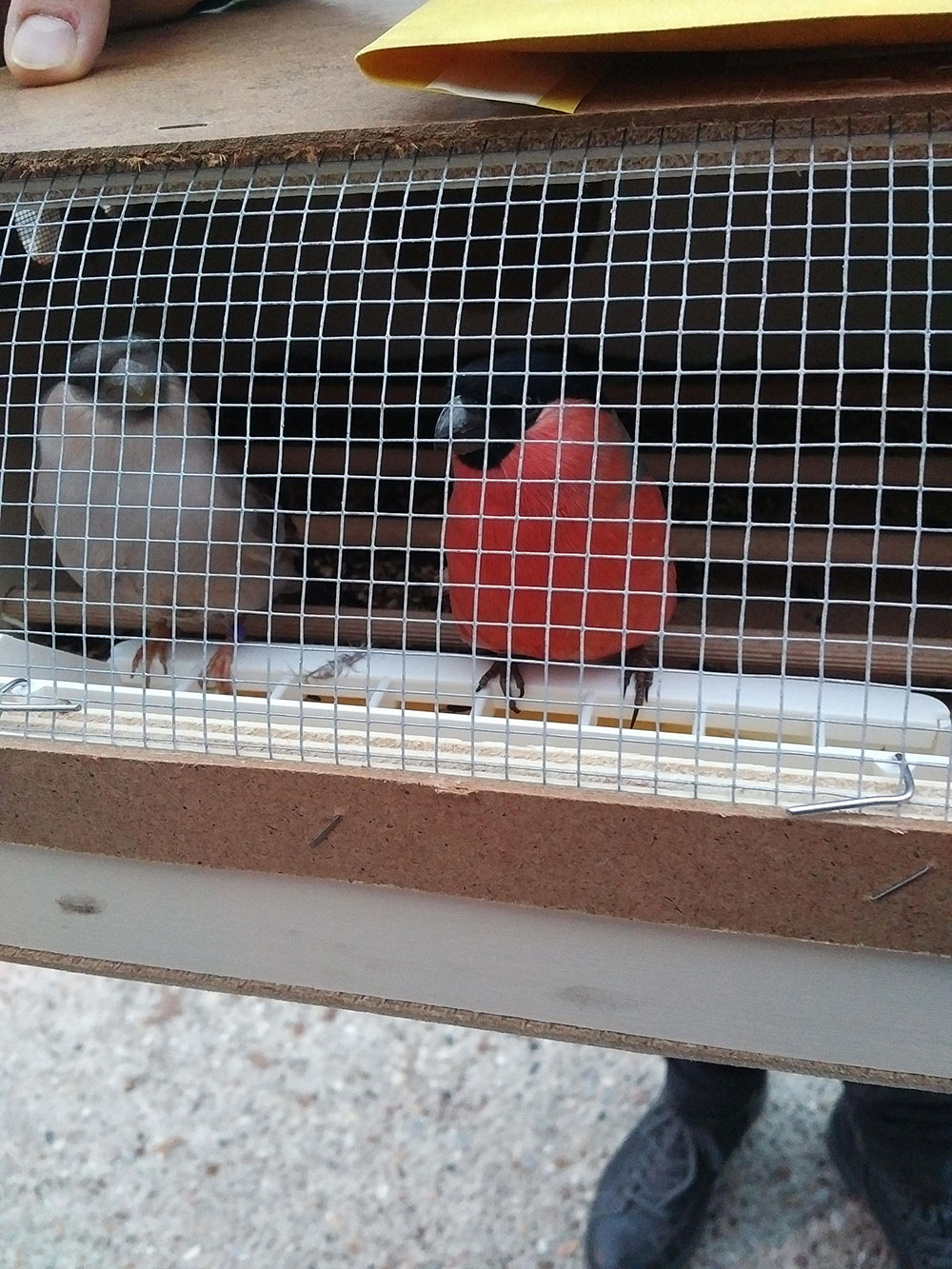 A closer look at these attractive birds

We stopped for the night at La Botanica, an agriturismo hotel in Lentate sul Sevenso, north of Milan. It’s a dairy farm with a hotel and restaurant attached. They produce all sorts of dairy delights, including cheese, yoghurt and ice cream. Mouthwatering cakes and desserts are also on offer. The hosts were welcoming and we enjoyed our stay — hopefully we’ll have the chance to stay again some time! 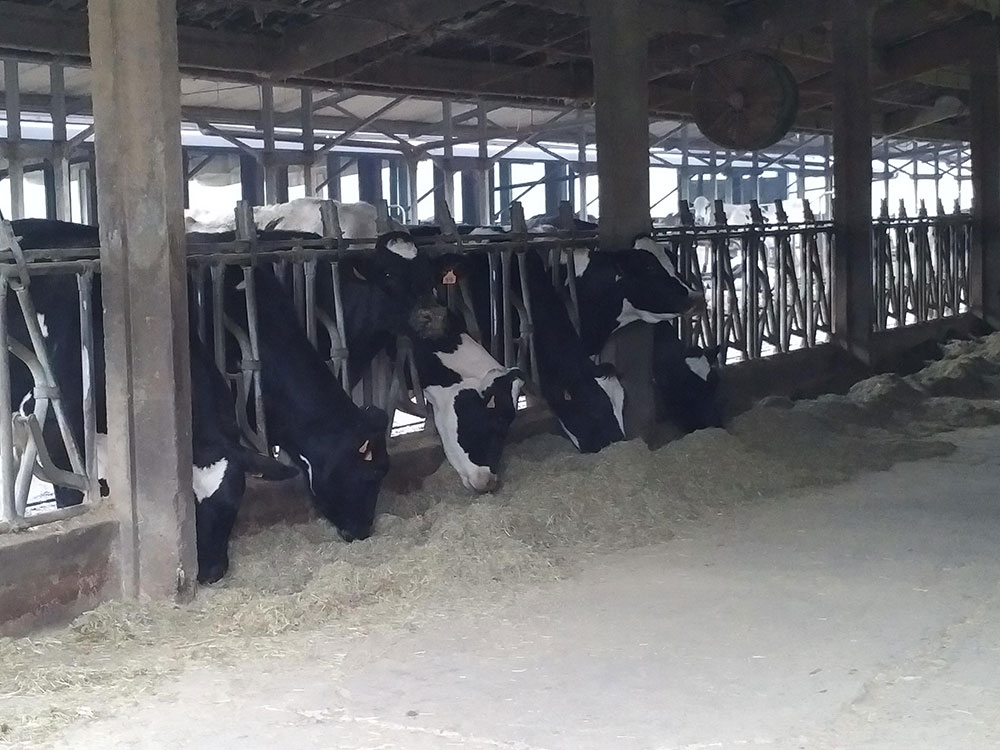 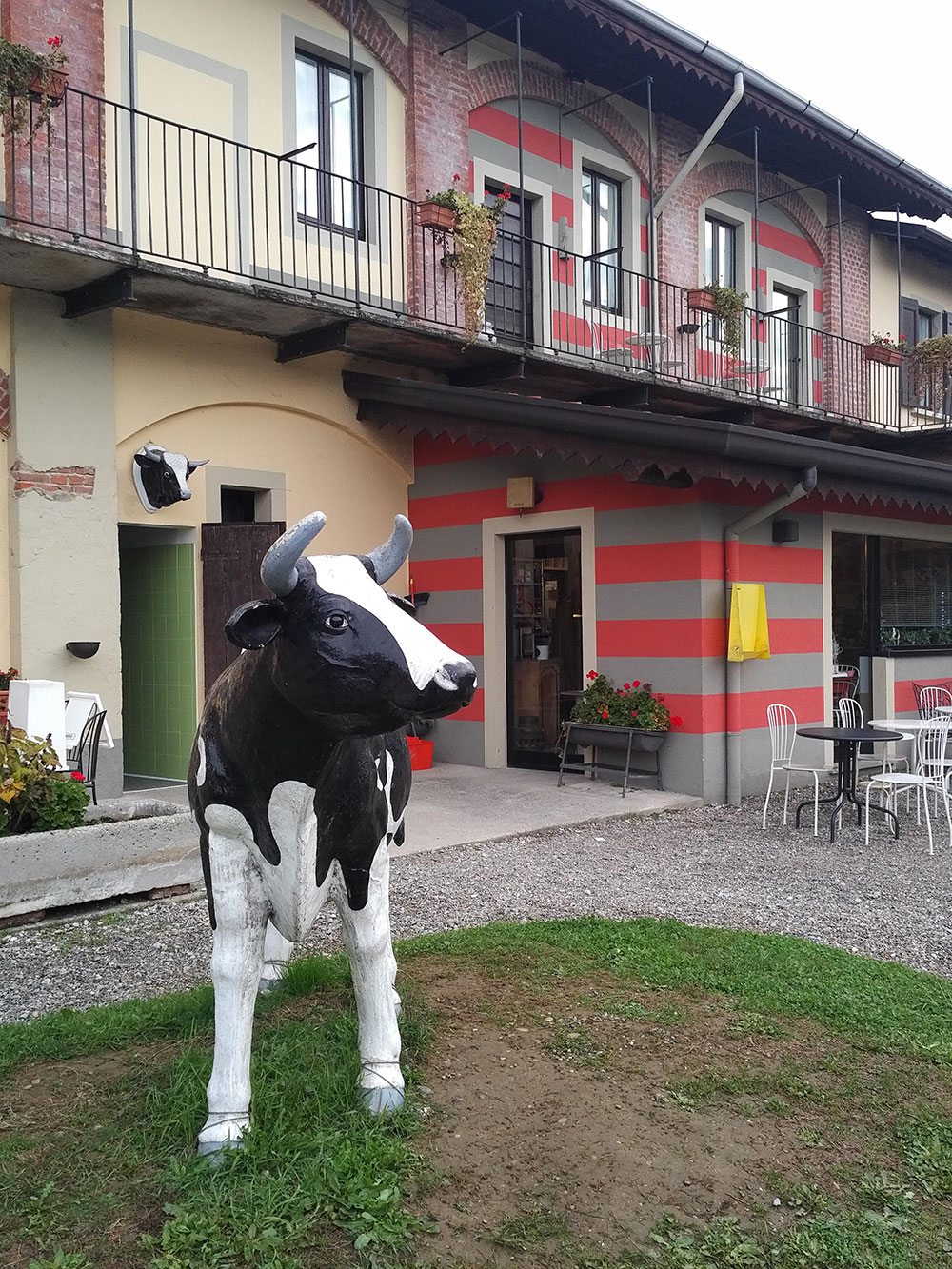 We collected darling Nutella from a kennels near Alessandria. She’s travelling with us to join her owner Ryohei in London. 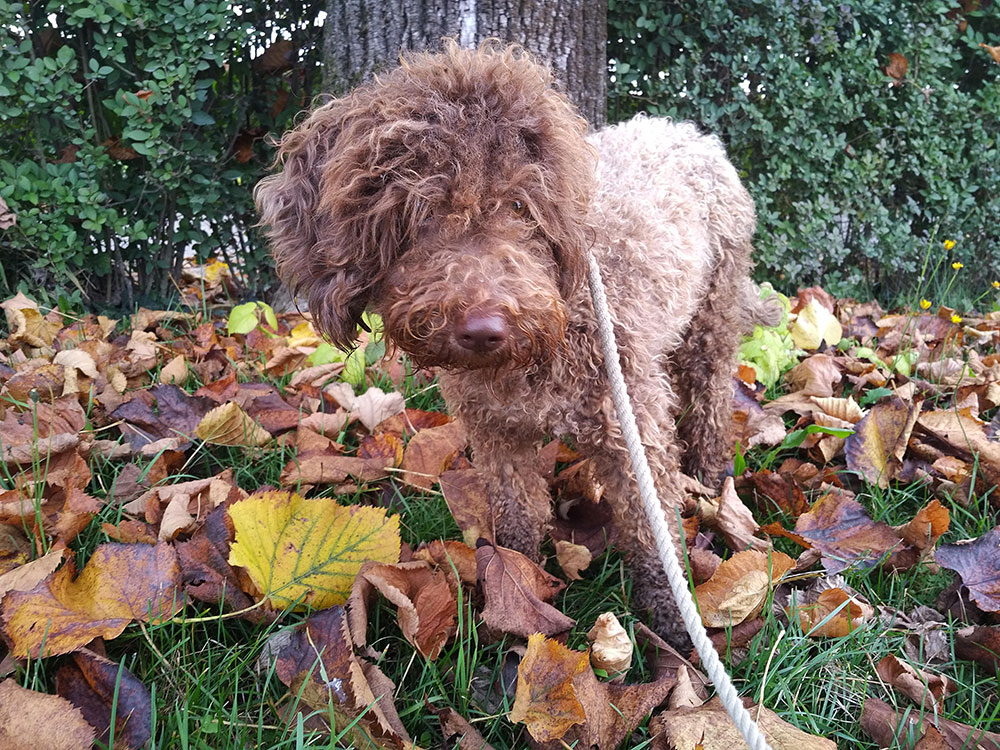 Nutella blends in well with the autumnal colours