After courier J left for Lesvos to accompany dogs travelling to the UK by air, courier Mike joined courier M to collect the pets travelling by road.

Simon found Hera when she was very young, suffering from a damaged leg. He arranged for her to have an operation and took care of her. Simon runs a holiday resort on one of the Greek islands and is becoming increasingly involved in animal rescue, so we may well meet him again.

Meanwhile, little Hera stole the hearts of another Simon and Sonia, who are giving her a new home in Hampshire. 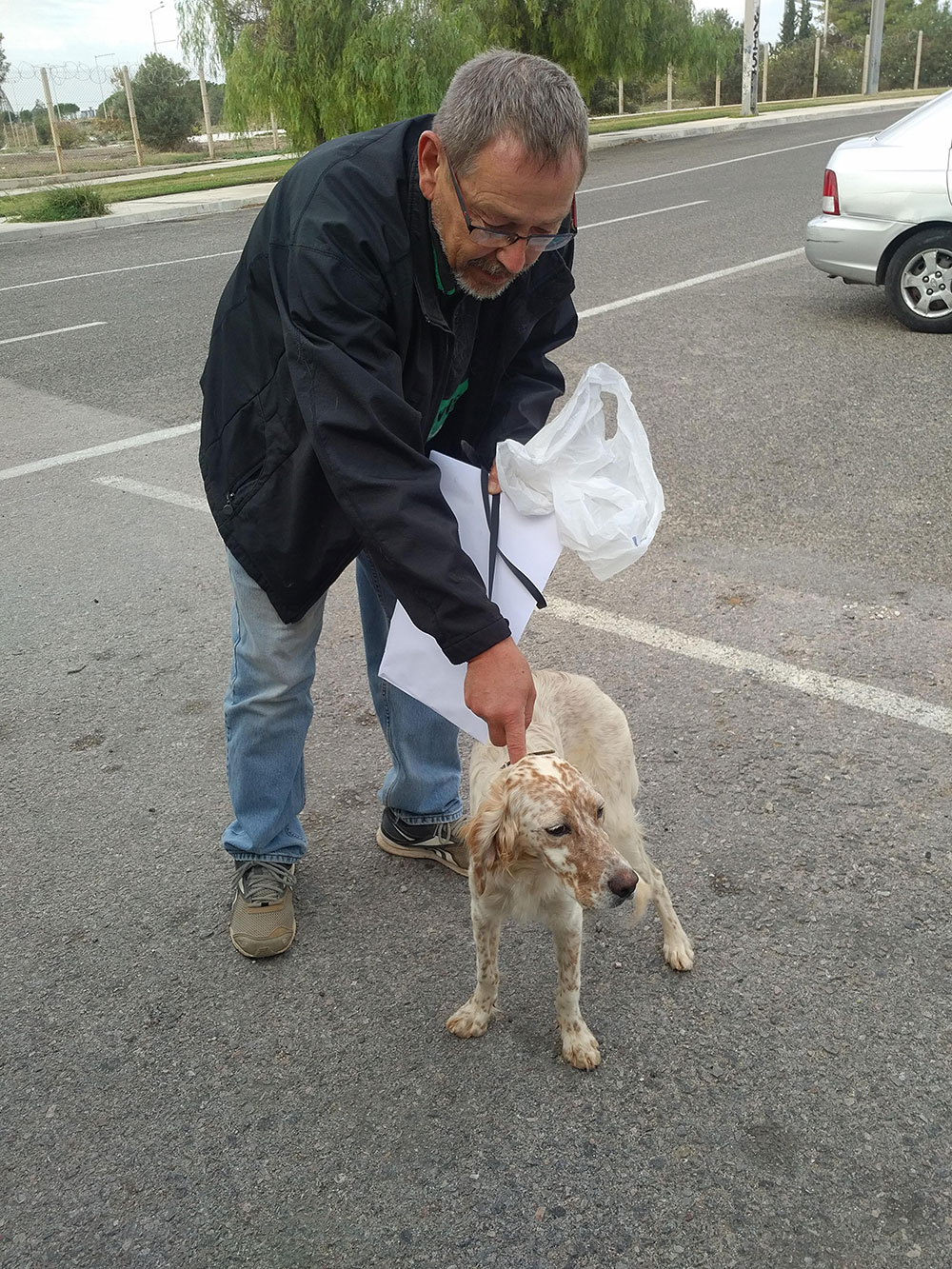 Hera with Simon who rescued her 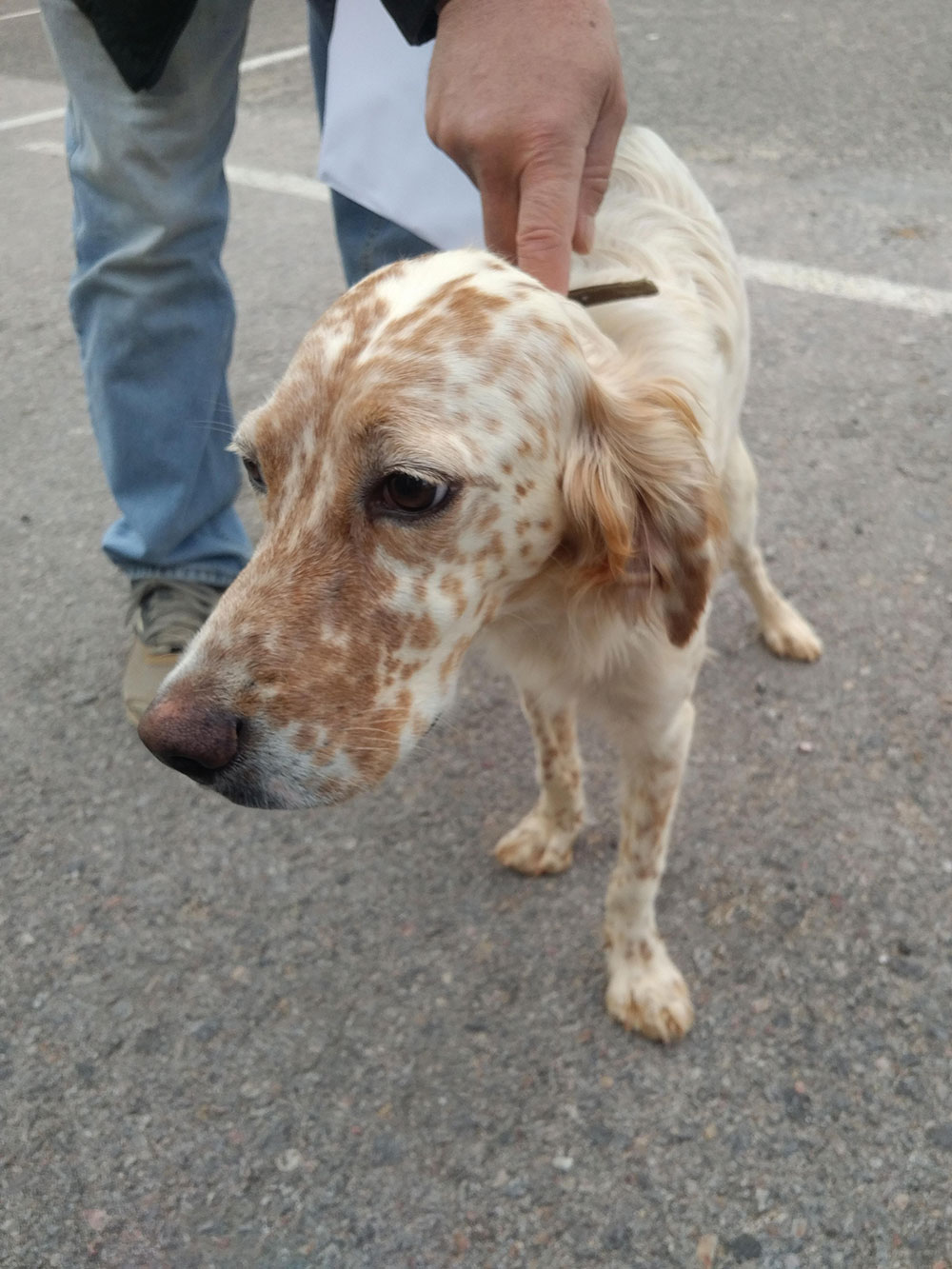 A closer look at Hera and her charming freckles

Myrto is travelling to Glasgow to join her boyfriend, and of course her dog Milo is going to join them too. 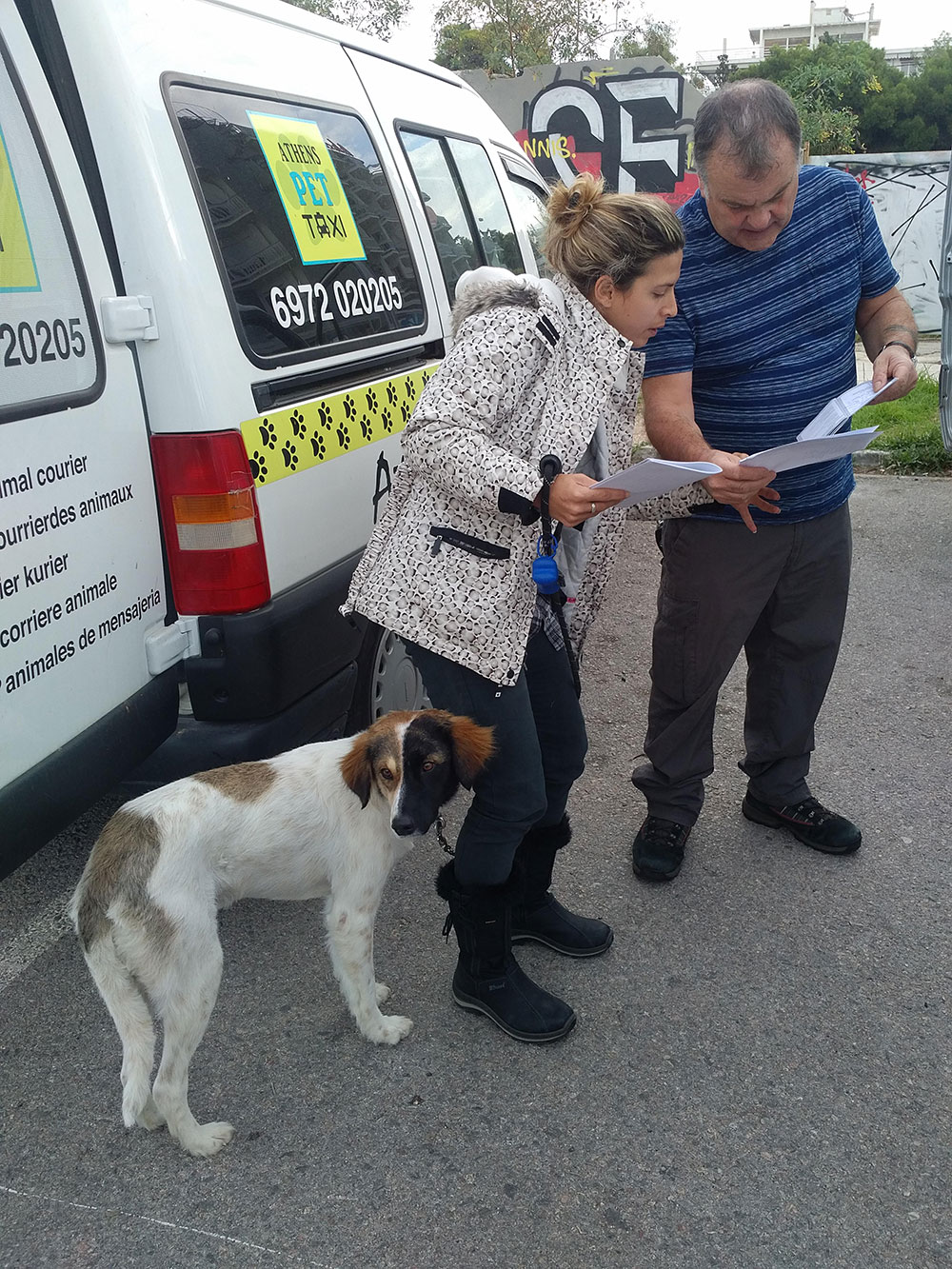 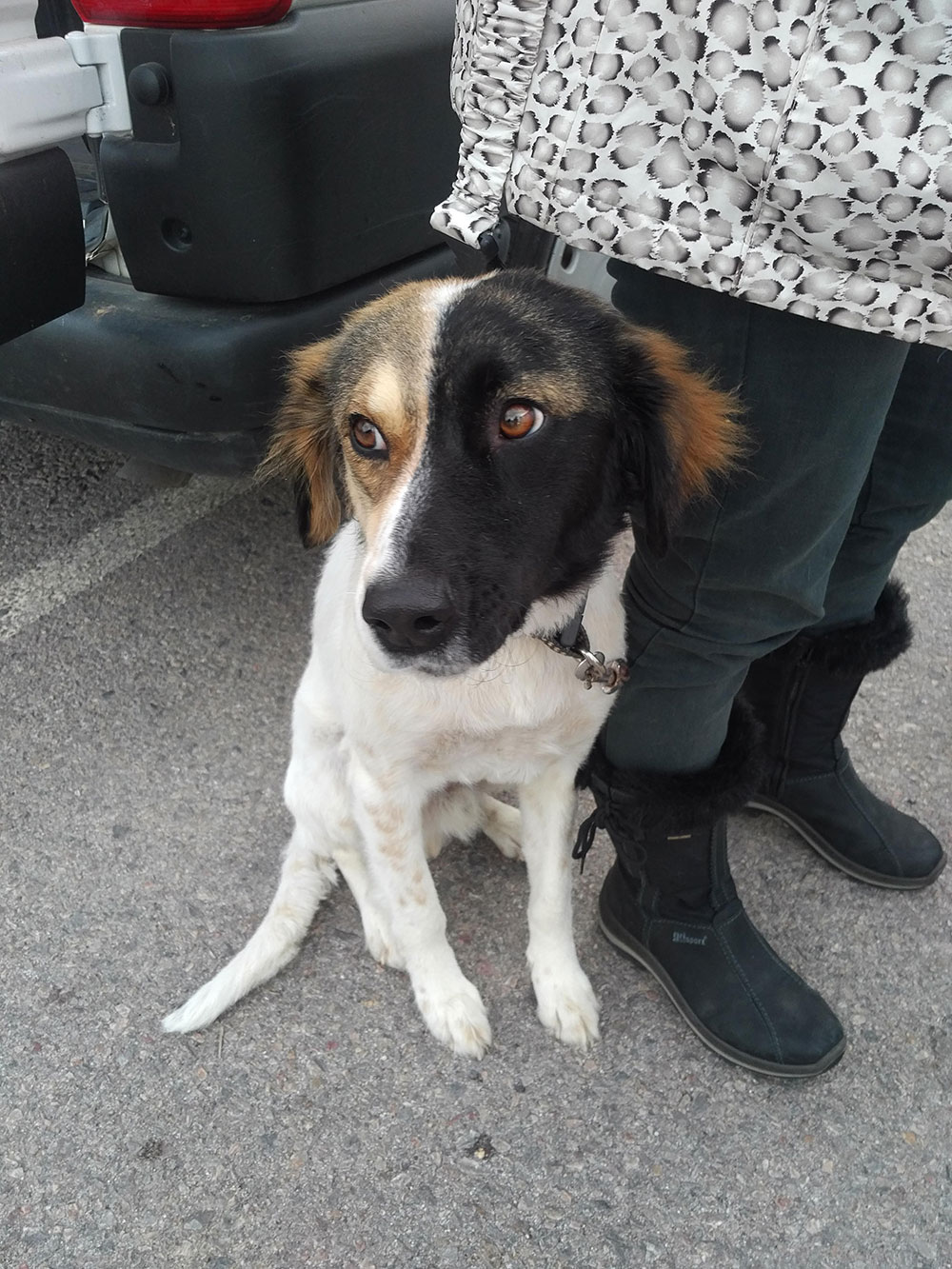 Milo has stunning markings on his face

Archie’s owner Lucia is returning to the UK from Crete. Shar Pei Archie was supposed to fly home but didn’t much like being in a travel box. So Lucia asked Animalcouriers to transport him by road instead.

Lucia had to leave shortly before our arrival, so she brought Archie to Athens by ferry, where she and Archie were met by Akis, our friendly pet taxi driver. He took Archie under his wing while Lucia flew on ahead. It’s wonderful for Animalcouriers to have reliable support like this in Athens. 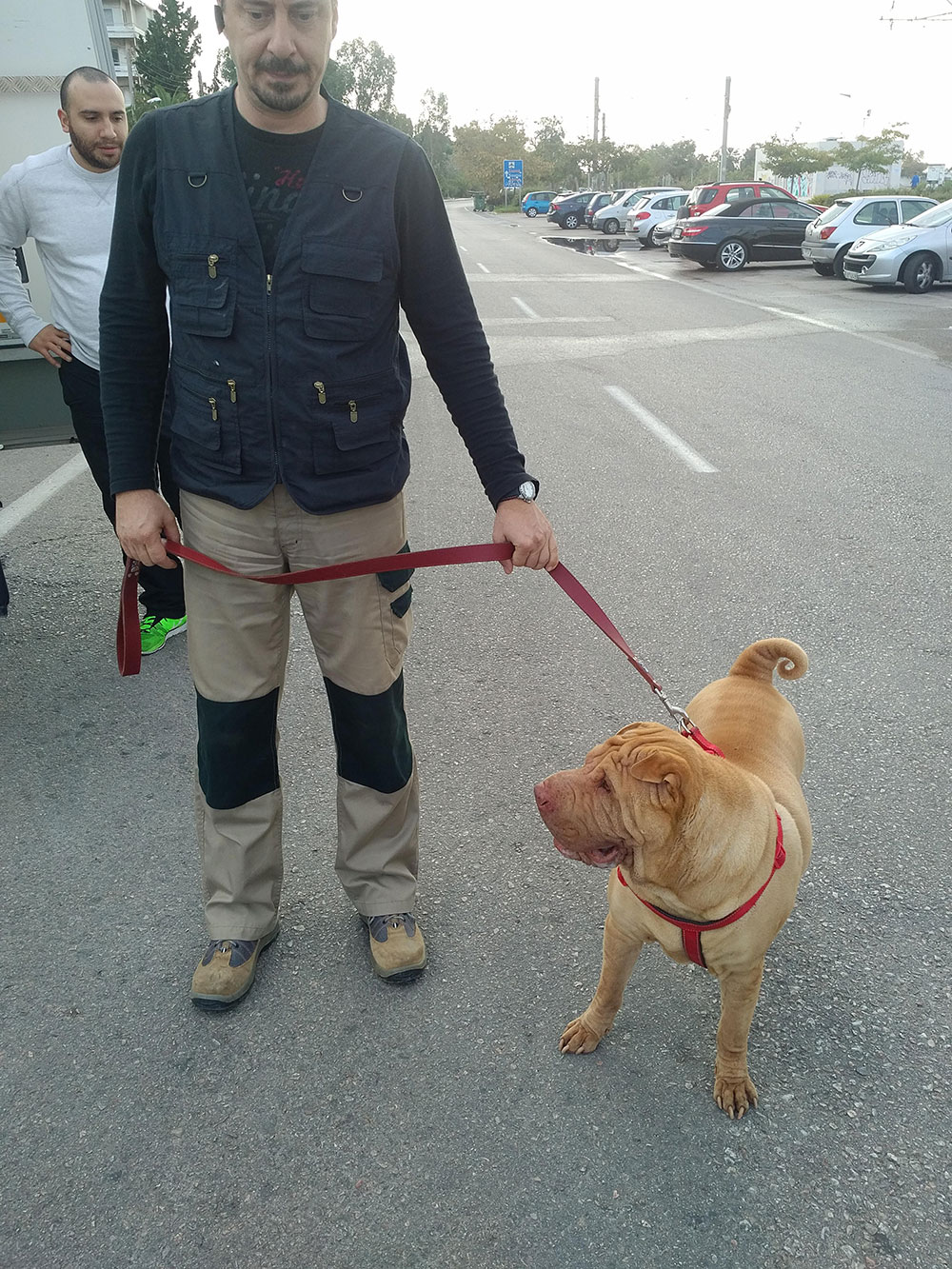 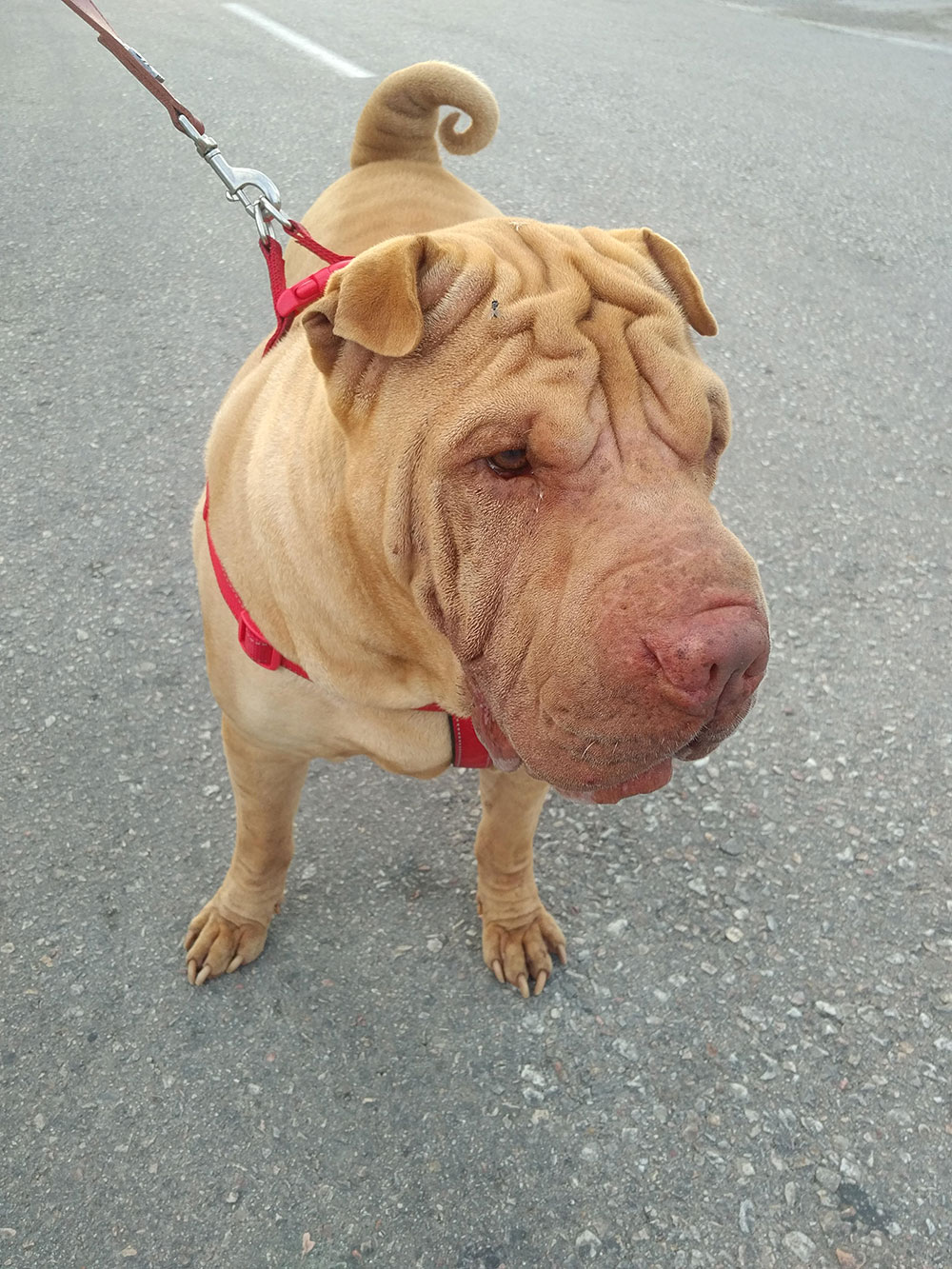 Gentle giant Baron is an 18-month-old Cane Corso, whose arrival in Warwickshire is eagerly anticipated by Antoinette-Jane. 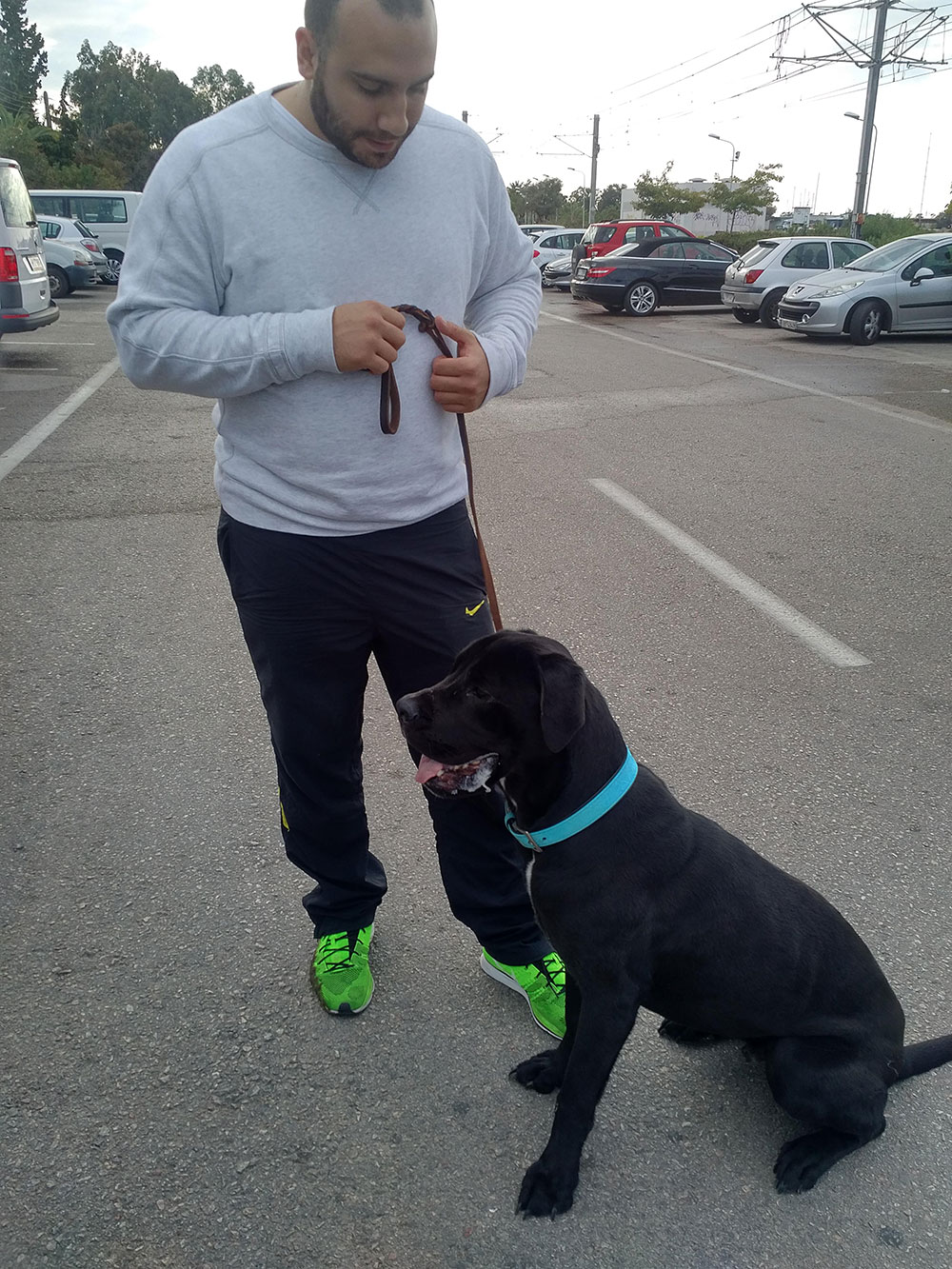 Aurora, who is blind, is one of the many cats who would struggle to survive if left on the streets of Athens. With the help of Nine Lives Greece, Aurora is now on her way to a safe future with Elizabeth and Andy in Chesterfield. 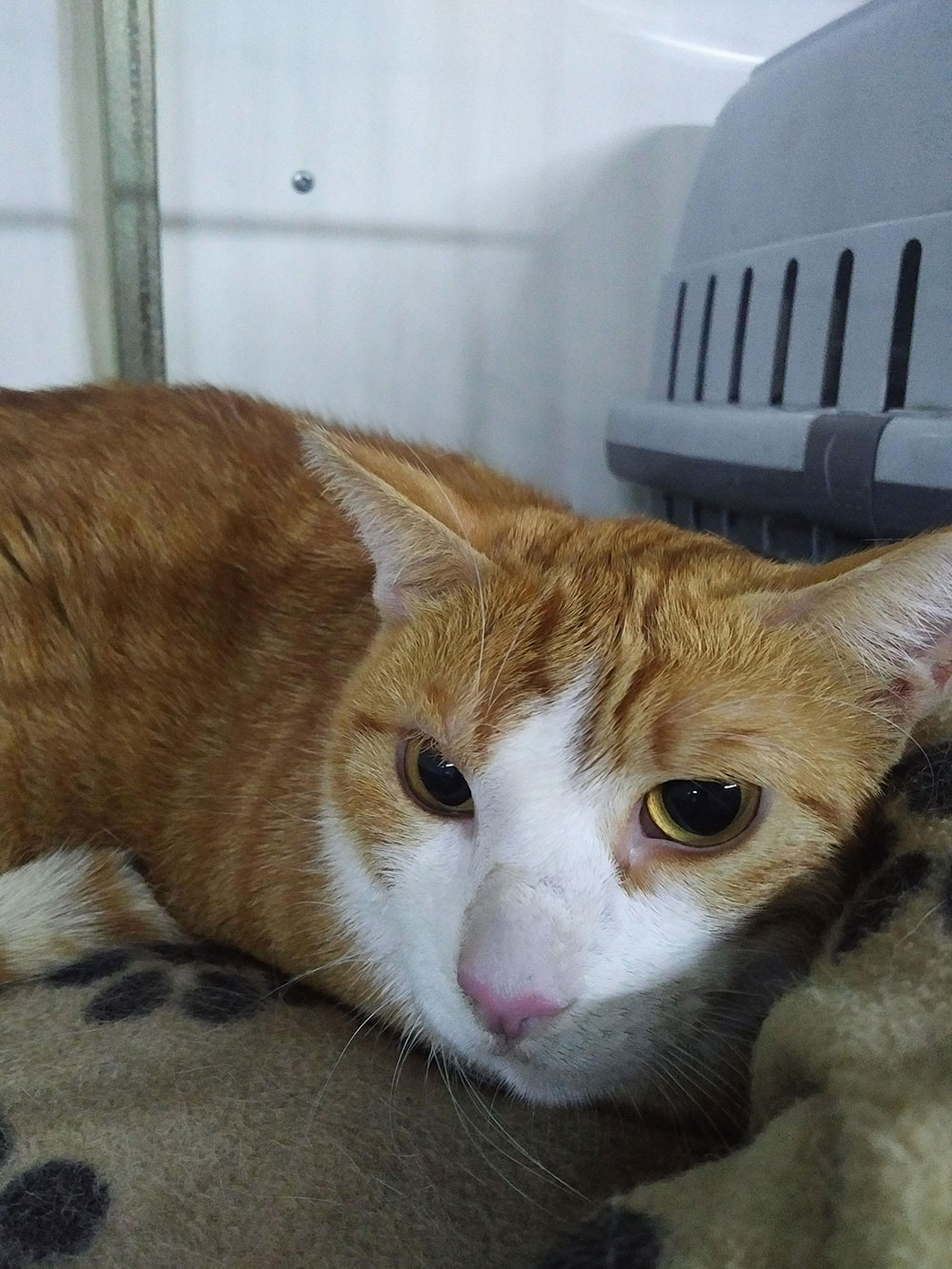 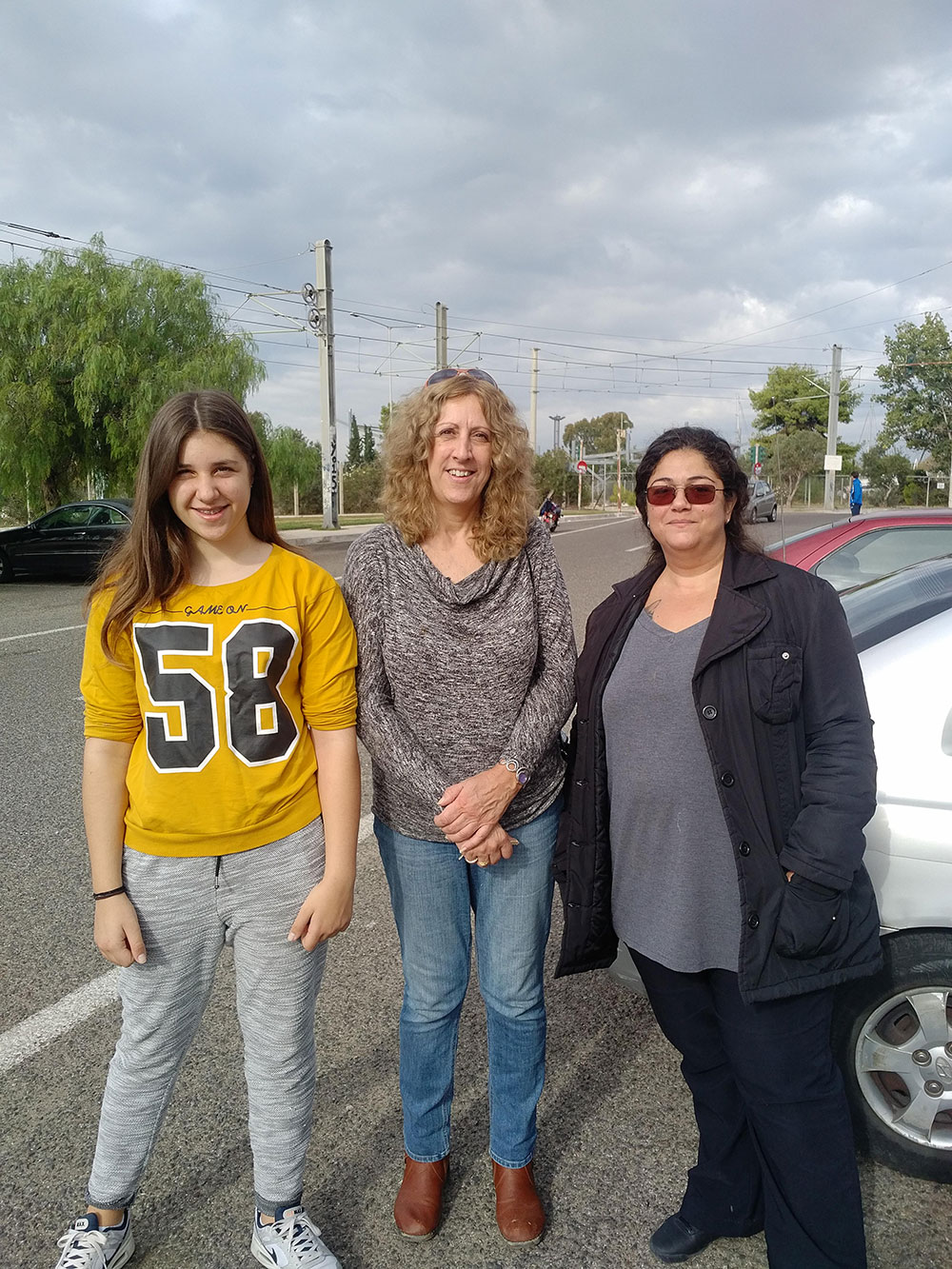 Poppy, Anne-Marie and Elena from Nine Lives brought Aurora to us. They seem never to be off duty! While delivering Aurora, they spotted a group of cats on the beach and went to investigate. The colony, which appeared to be healthy, is fed daily by a group of early-morning swimmers. The Nine Lives volunteers offered to help get the cats neutered and spayed. 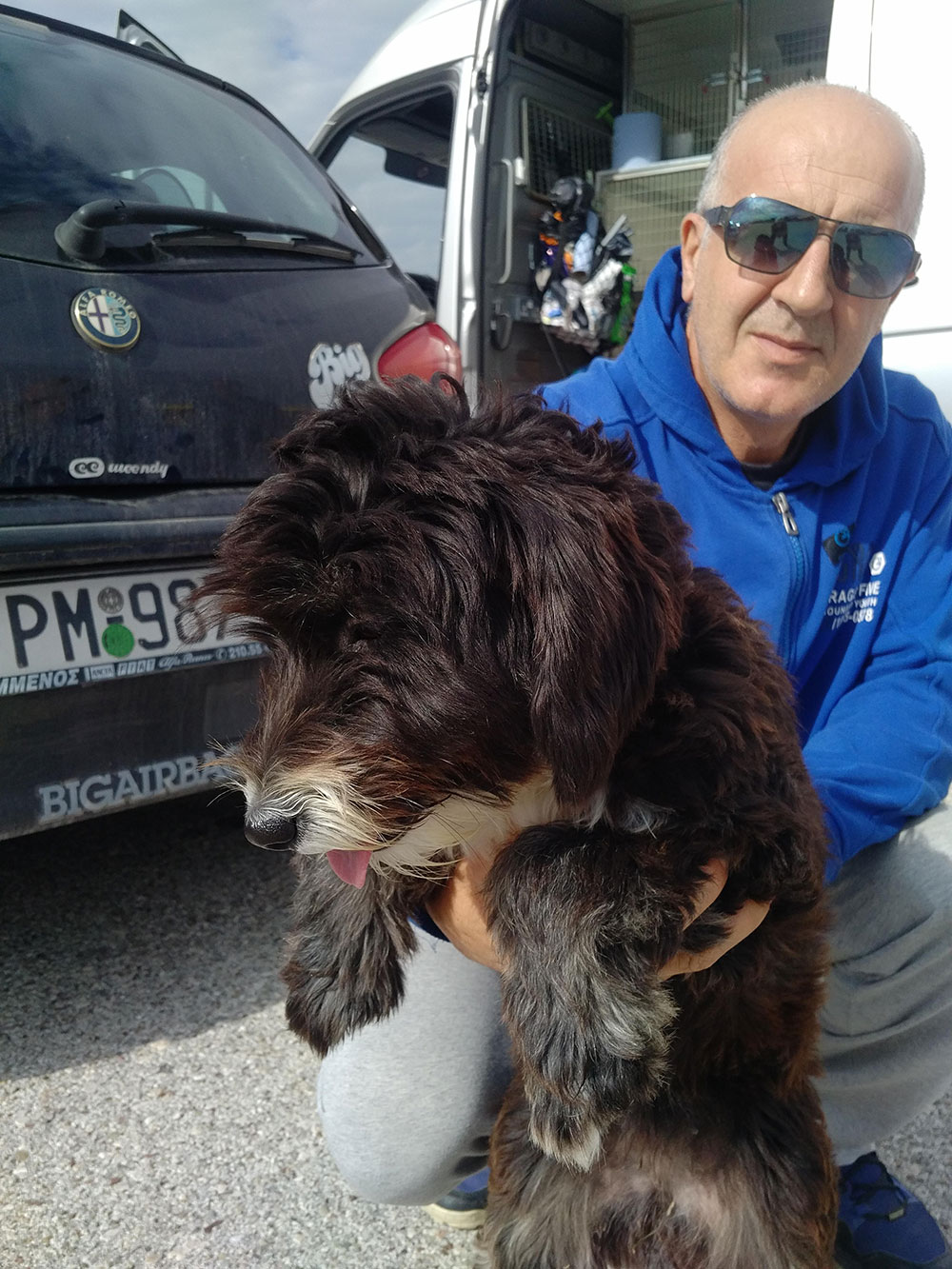 Rio with Olivia’s father-in-law, Andreas, who’s been taking care of Rio in the meantime 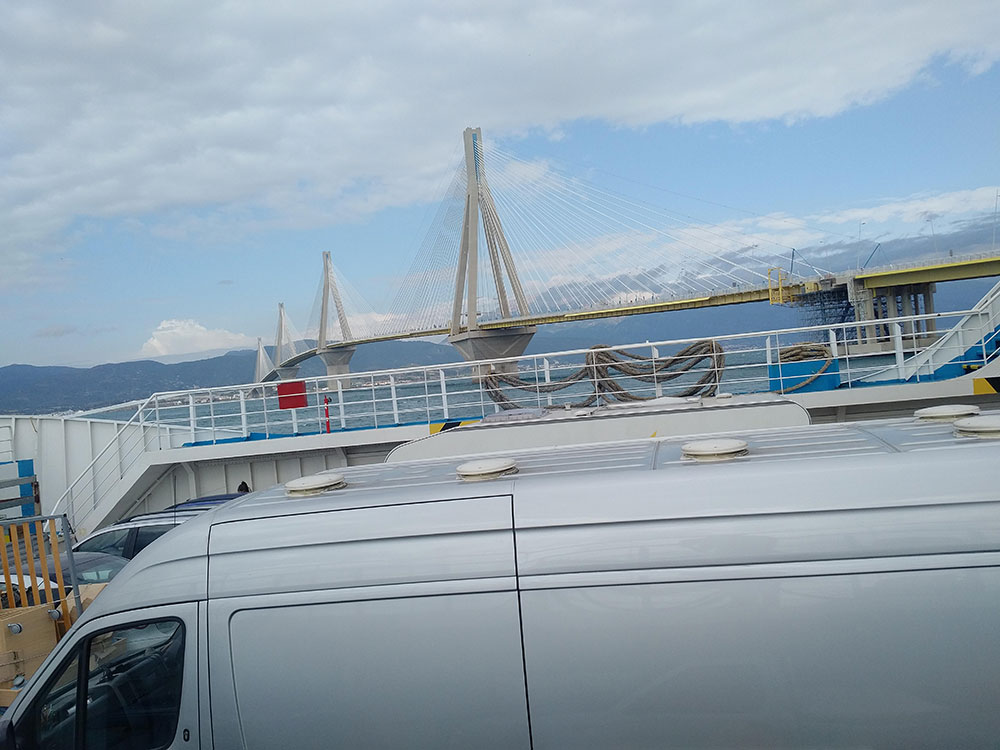 We met Rio and Andreas en route between Athens and Igoumenitsa, near this bridge. We took the ferry, which was much more fun!

Boxer-Labrador cross Senso came into the lives of Jordan and Laura while they were working at a beach resort near Preveza. Now he’s en route to Sheffield with us, while his adoring owners pack their bags ready to fly home and join him. 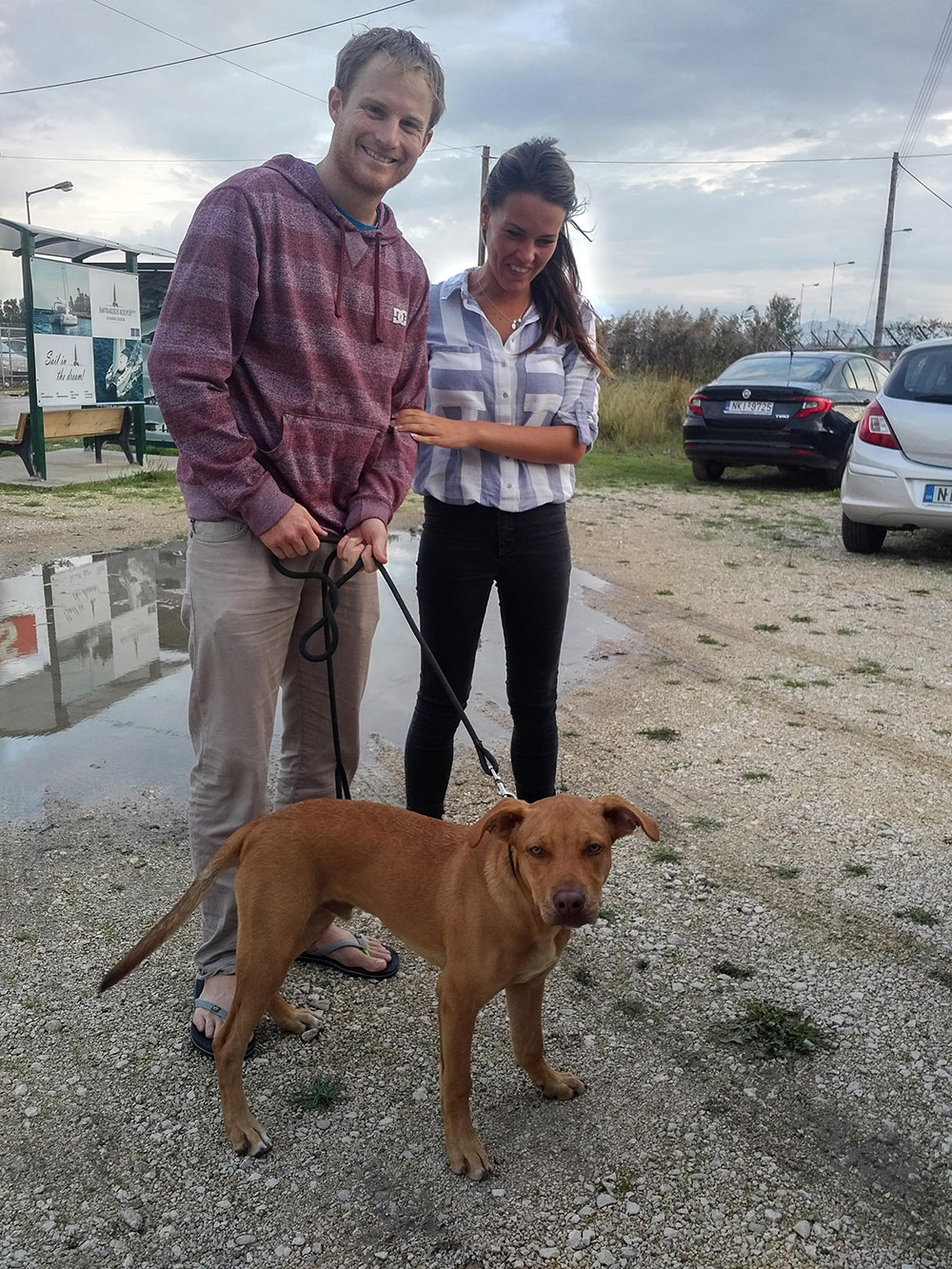 Senso’s owners were very brave while seeing him off, but we know it was quite an emotional moment for them

Manoula hails from the island of Kefalonia, where she won the hearts of John and his family. She’s now on her way to Chorley where a warm welcome awaits. 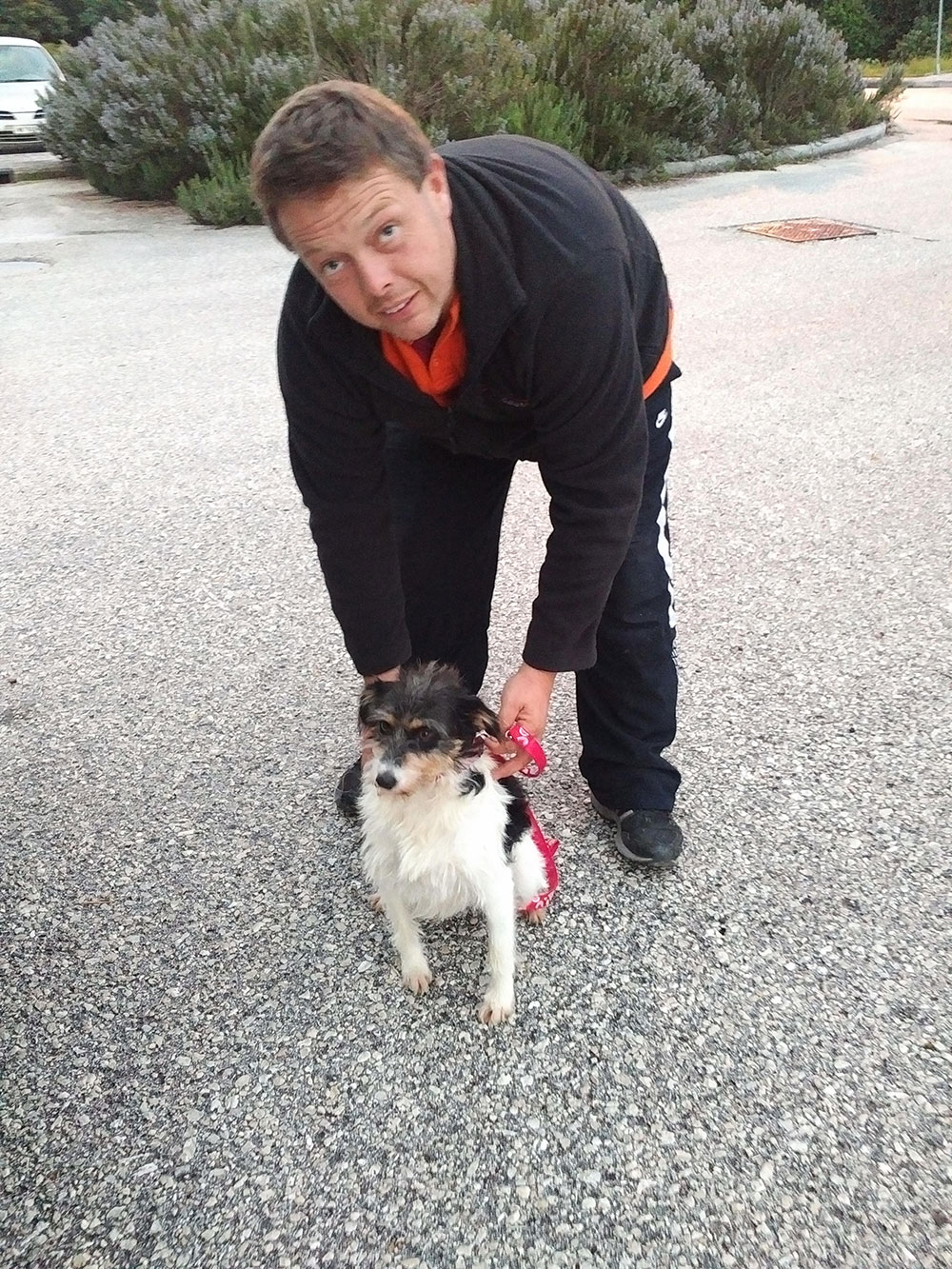 Cute and fluffy Manoula with Richard, an animal welfare volunteer on the island. Richard brought her to Igoumenitsa to join our trip.