10 dogs travel from Greece to the UK via Paris

Once couriers J and M had delivered little Cookie to her owners, they headed to Athens airport for courier J to board a flight to the Greek island of Lesvos. Her luggage consisted of eight extra-large travel boxes (dismantled) to accommodate 10 dogs from Lesvos and Lemnos heading to their new homes in the UK. Courier Joe flew out from the UK to help courier J with her charges.

Rebecca from Lesvos Stray Cat and Dog Adoptions has been instrumental in rescuing, caring for, and finding new homes for most of these dogs.

Travel for six of the dogs has been funded by the Wild at Heart Foundation. Animalcouriers has funded the trip for one dog, and a new organisation called Starlight has funded travel for another. Travel for the other two has been privately funded.

From Lesvos, couriers and charges touched down in Athens, where they changed flights for Paris Charles de Gaulle airport. At Paris, couriers Marc and Ray were waiting to drive their colleagues and the 10 dogs to the UK, crossing via Calais. (Flying to Paris and channel-hopping by road makes the journey less expensive than flying directly to the UK — see our channel hopping page for more details.) 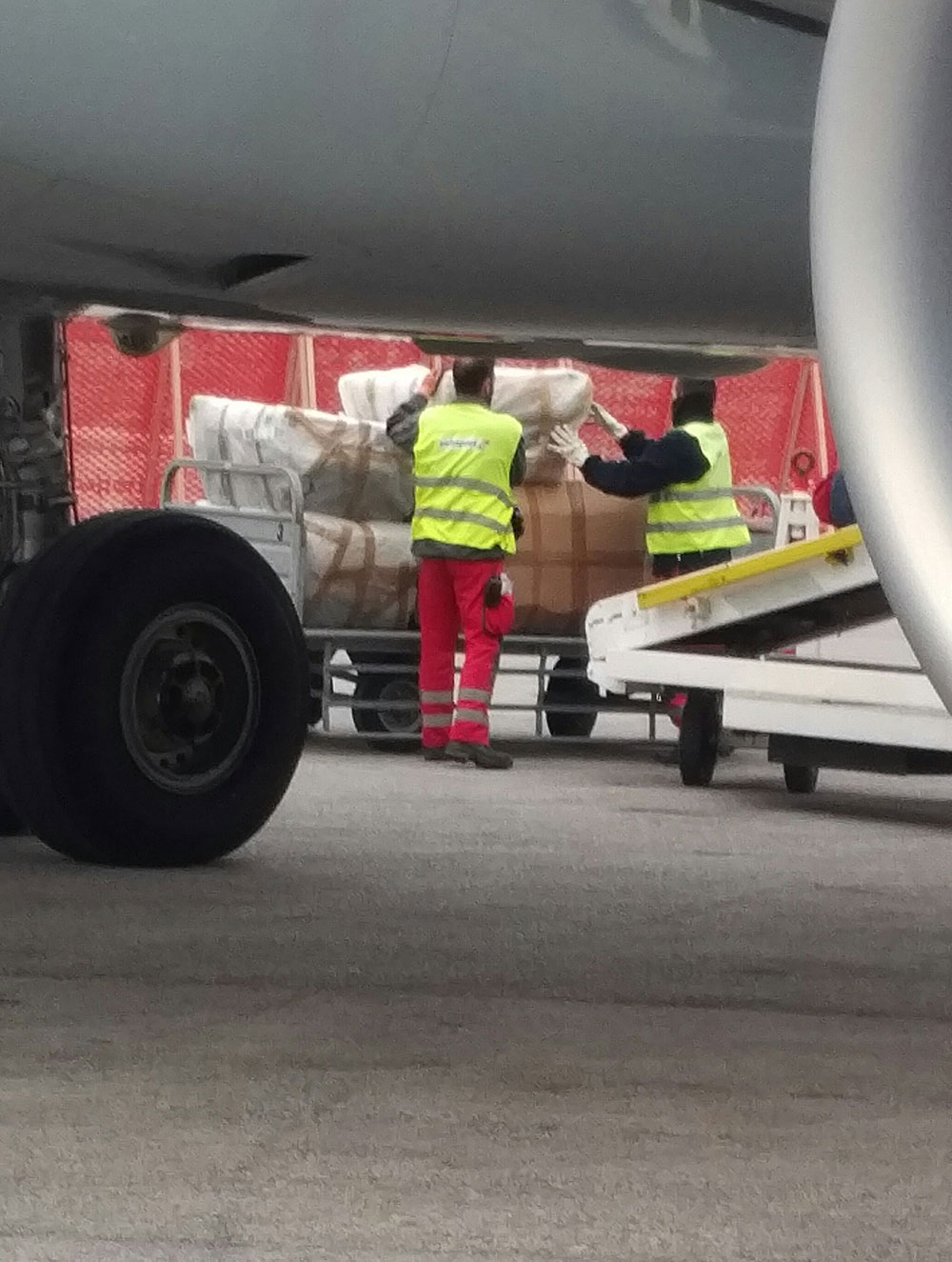 The travel boxes being unloaded from the plane at Lesvos 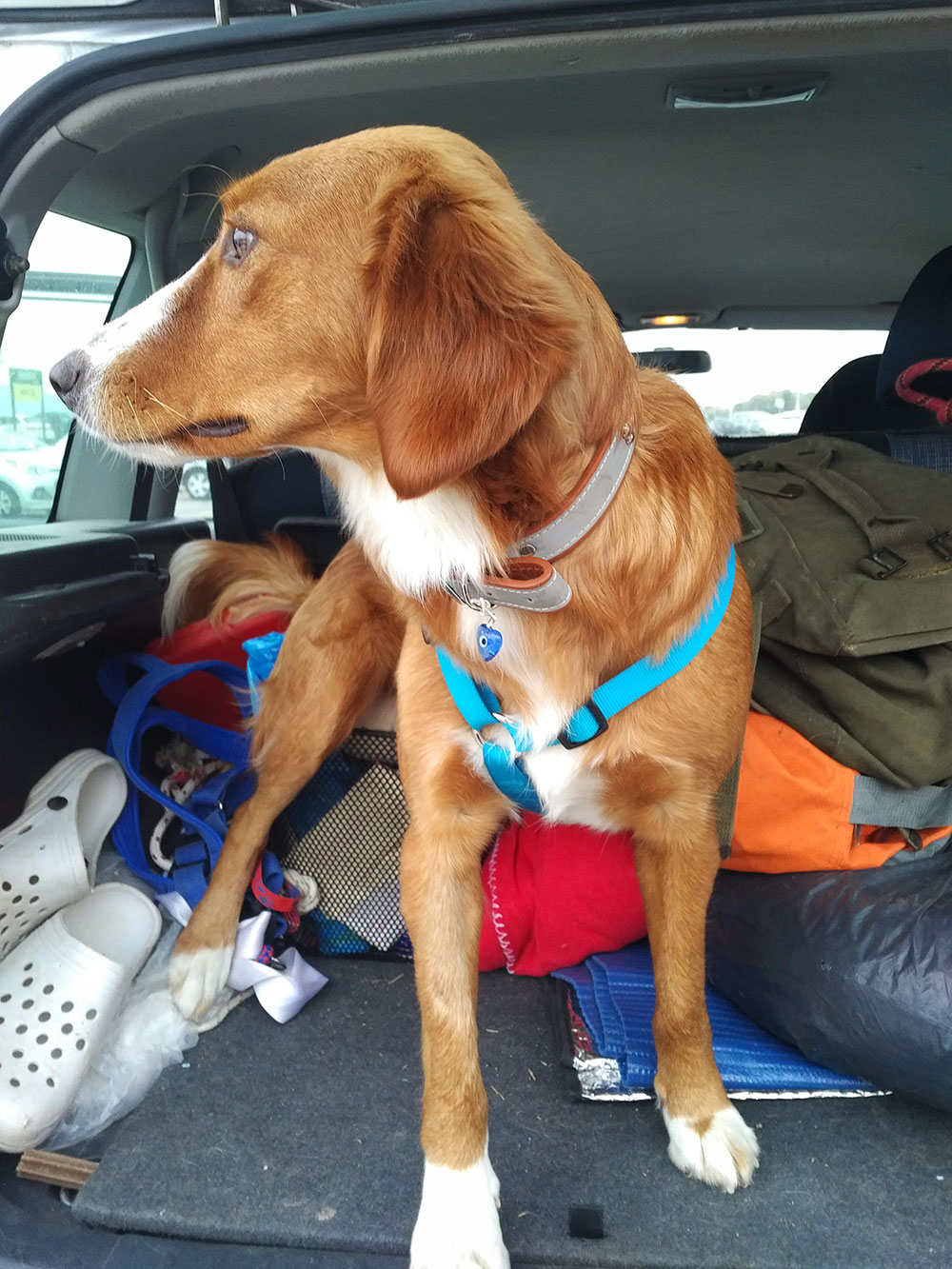 Courier J was greeted at the airport by two of the travelling dogs, Cinnamon (here) and Daisy 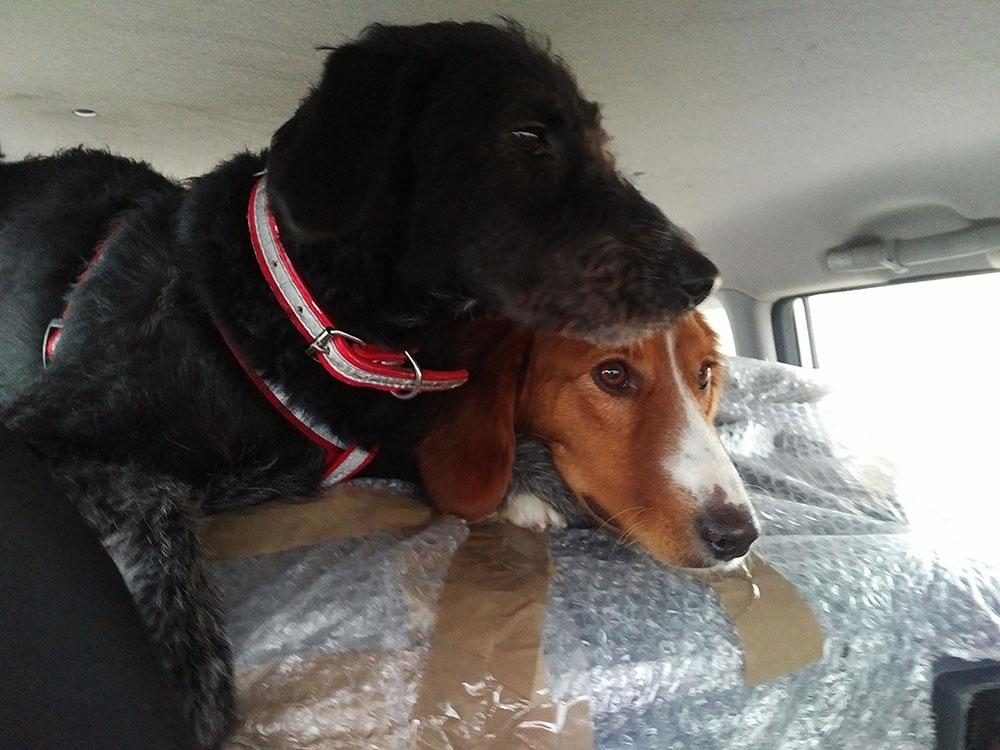 Here they are getting in on the adventure, sniffing the travel boxes and generally lending a paw where it wasn’t necessarily needed! 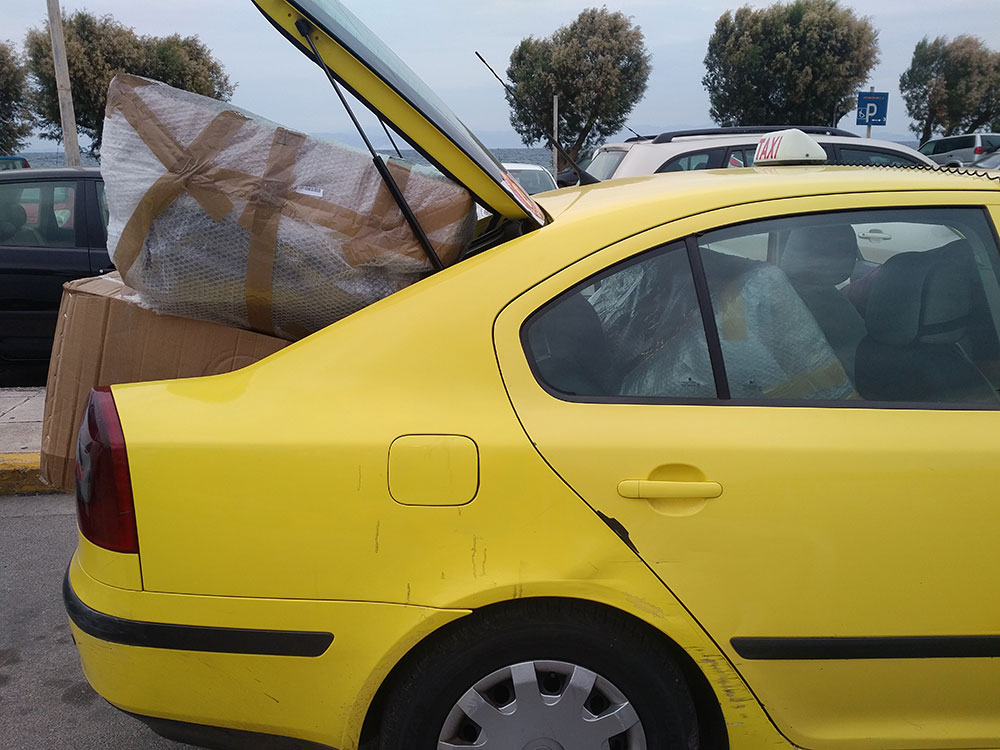 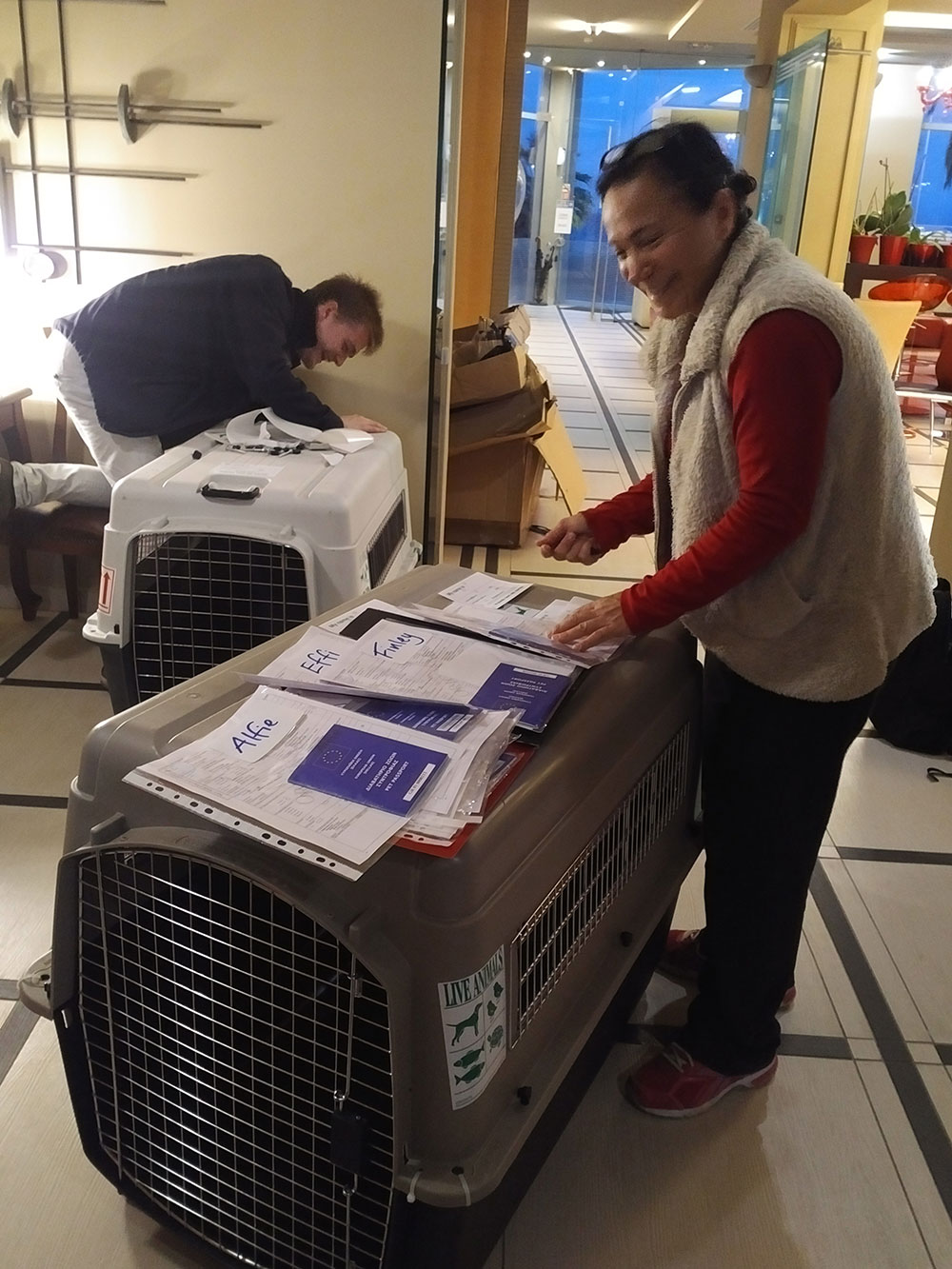 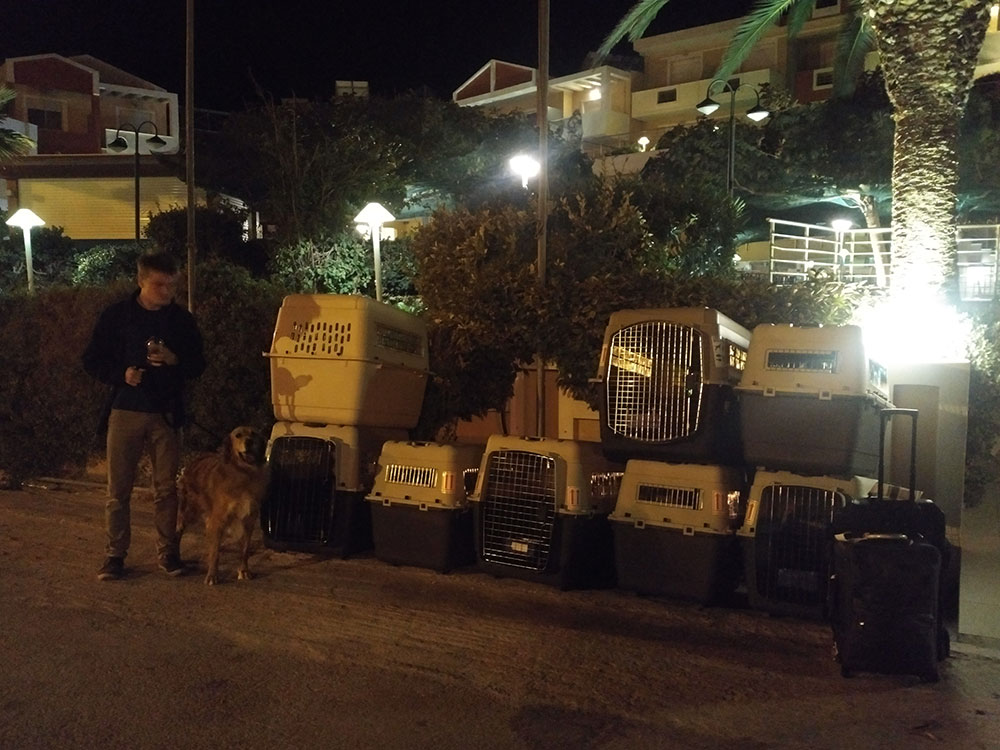 Early start the next morning — here’s courier Joe with Alfie, waiting for our lift to the airport 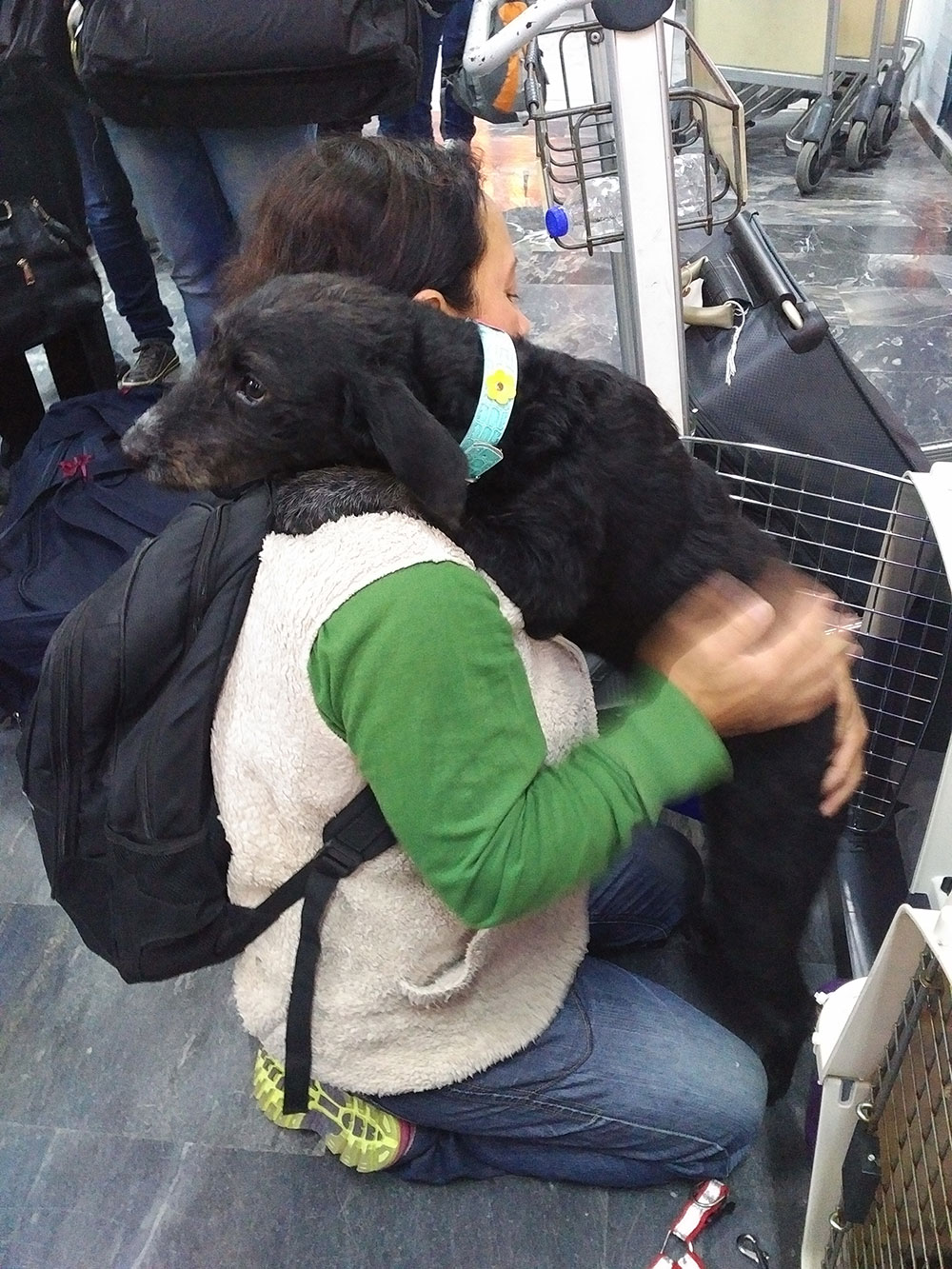 Seeing off Daisy (here) and Luna was a very emotional moment for Rebecca, as she rescued both of these girls as tiny puppies (found separately), and has been taking care of them ever since while trying to find them forever homes. So there were lots of cuddles and kisses, as well as a few tears. 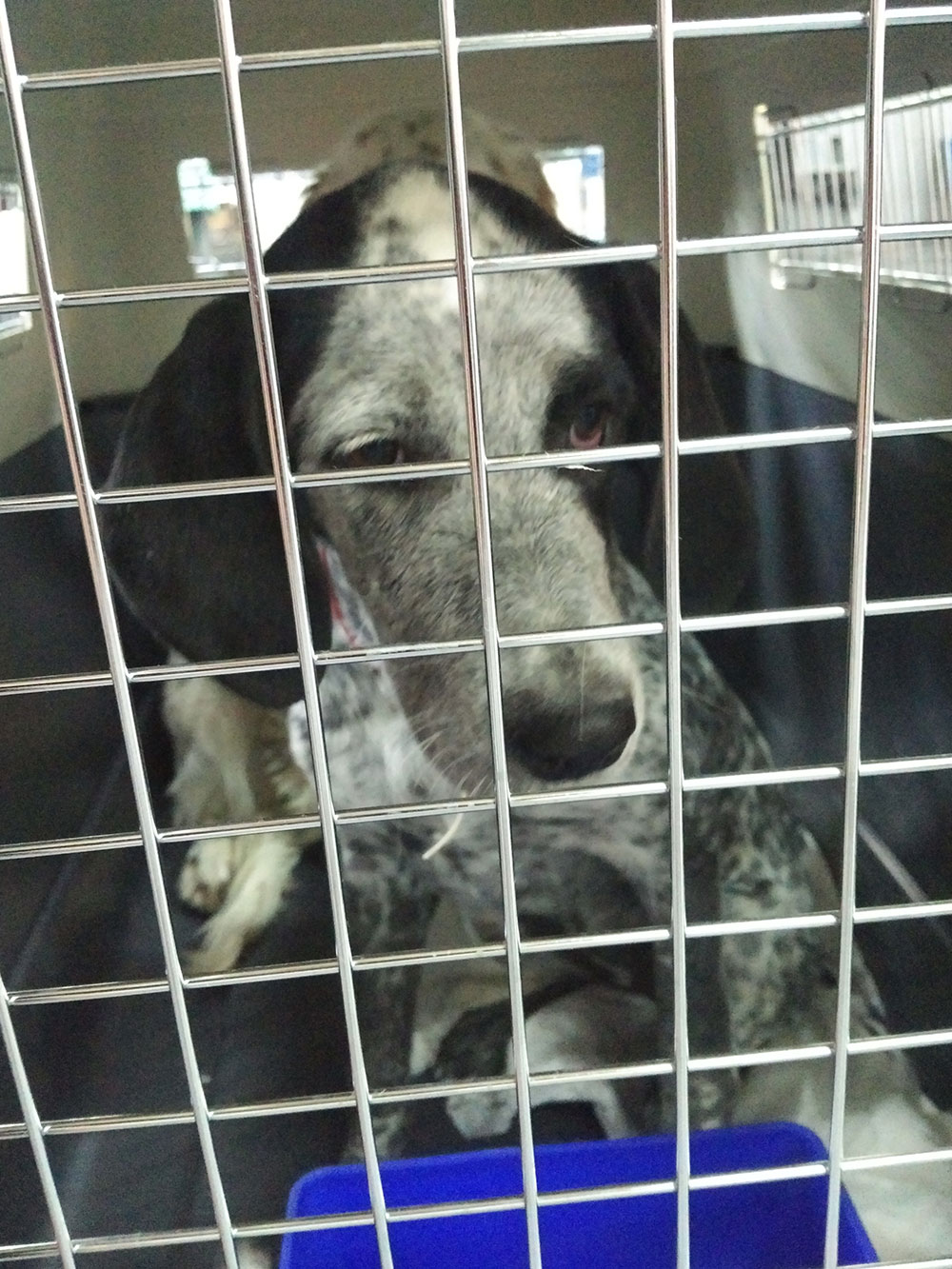 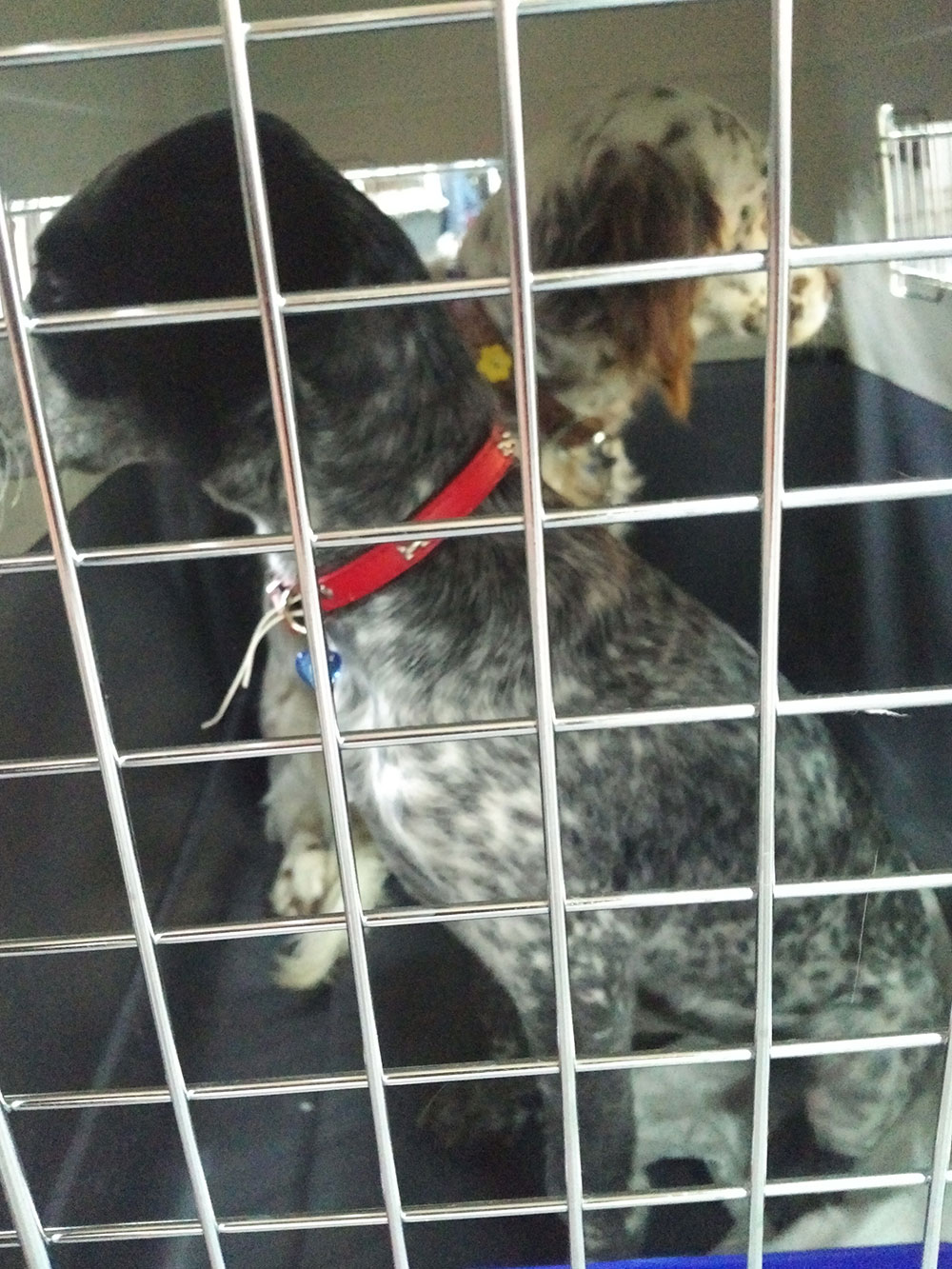 Luna is sharing with Sophie 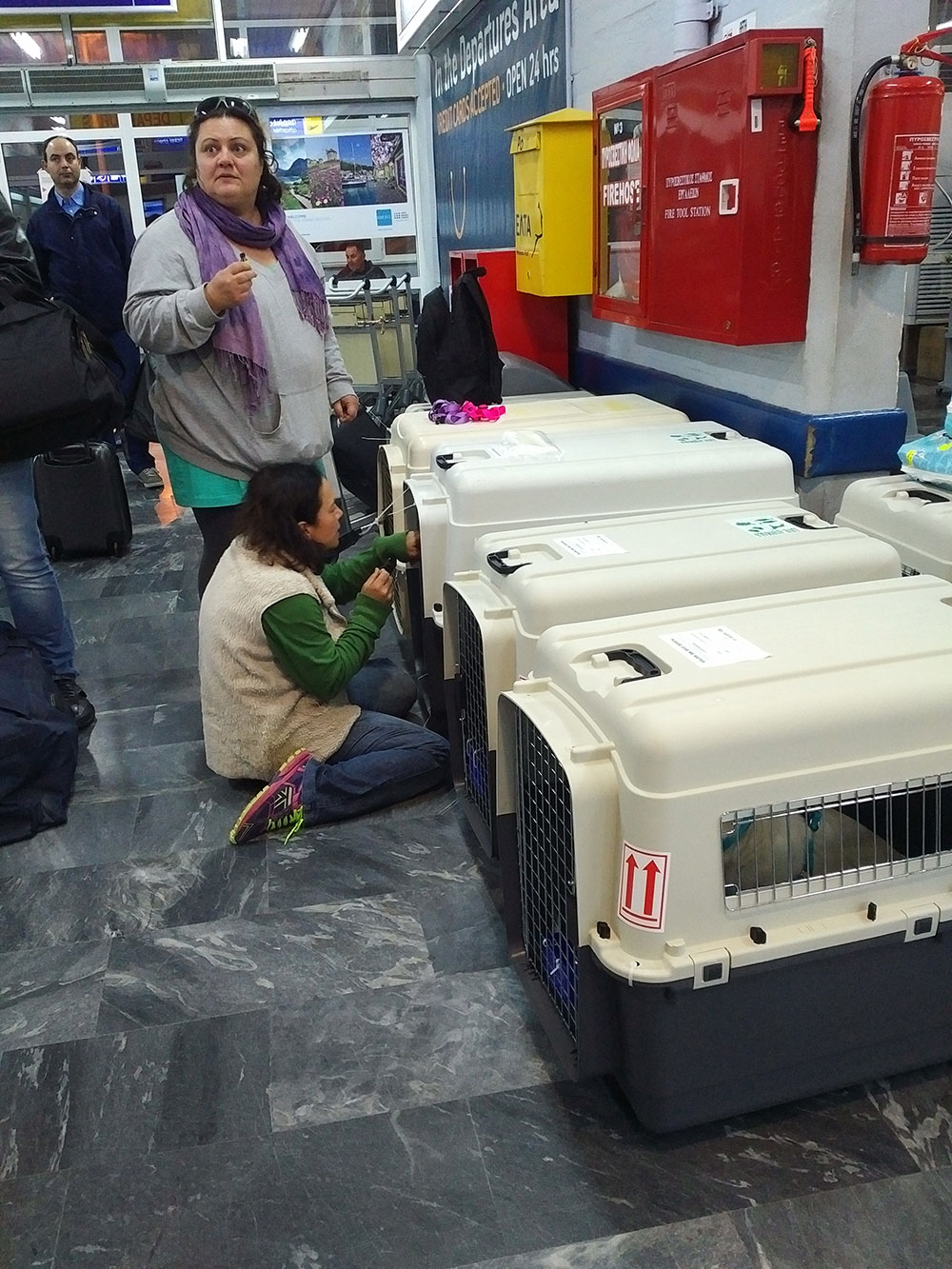 Like Rebecca, Vassiliki (standing) devotes a lot of her time to looking after stray and unwanted dogs on Lesvos. She fosters dogs at home to give them a sense of family life, to help them have a better chance of being adopted. 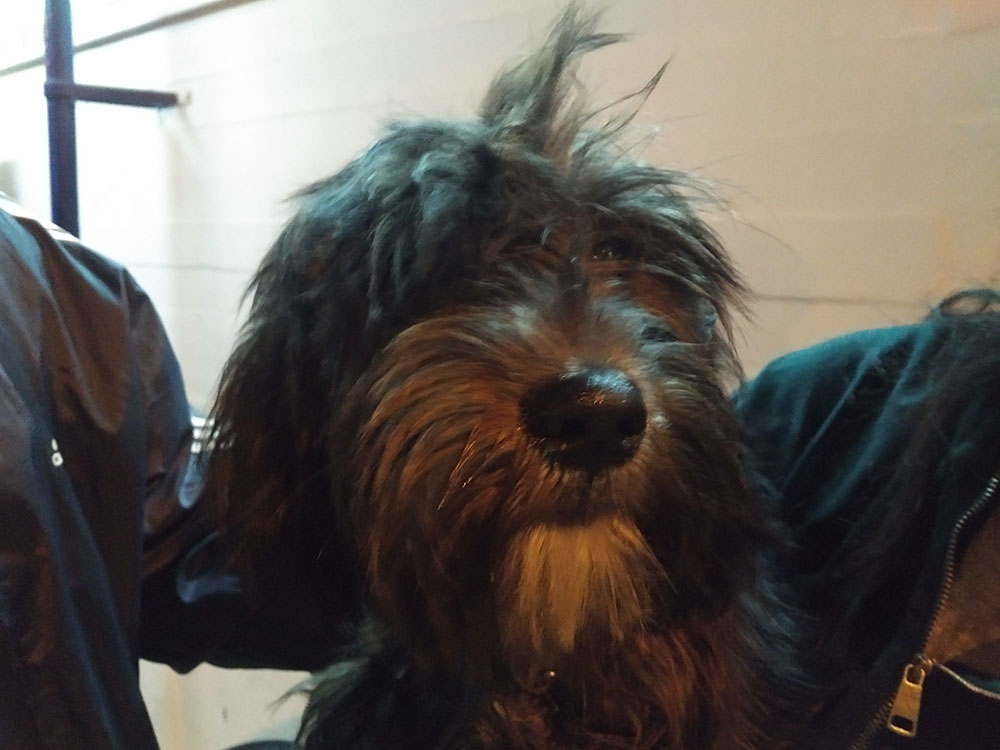 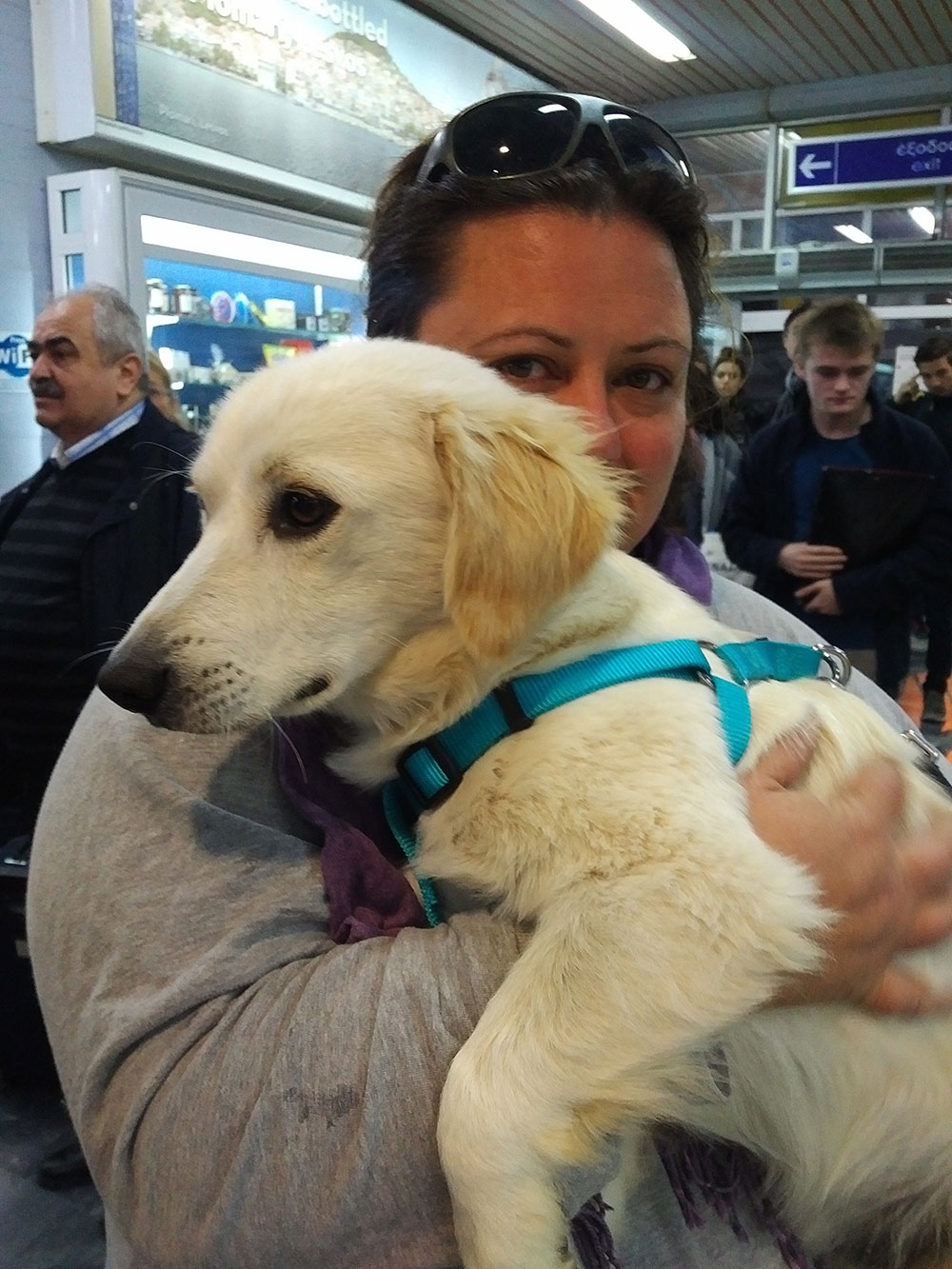 Vassiliki with Finley, one of the dogs she’s been caring for (along with Effie and Tilley) 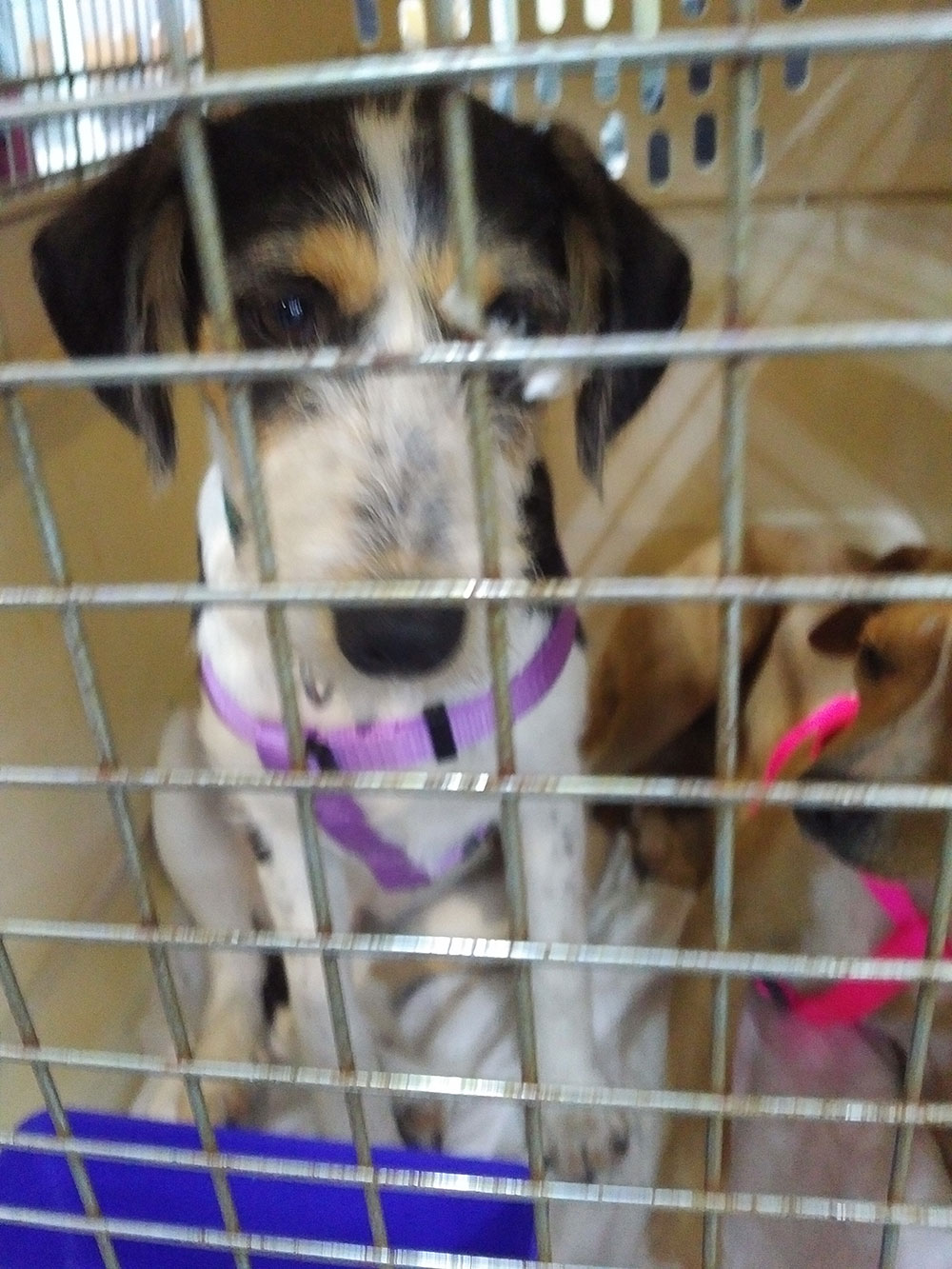 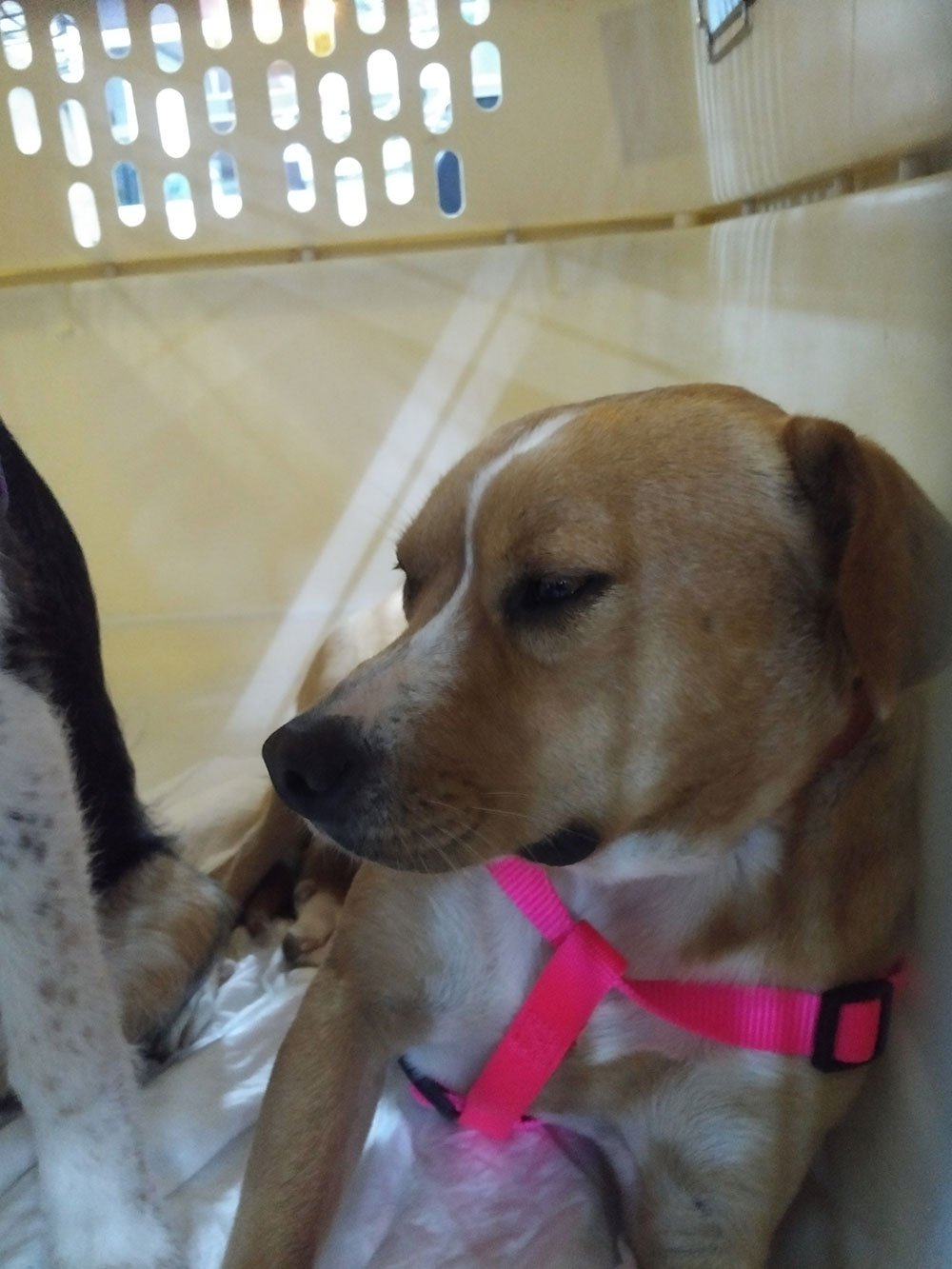 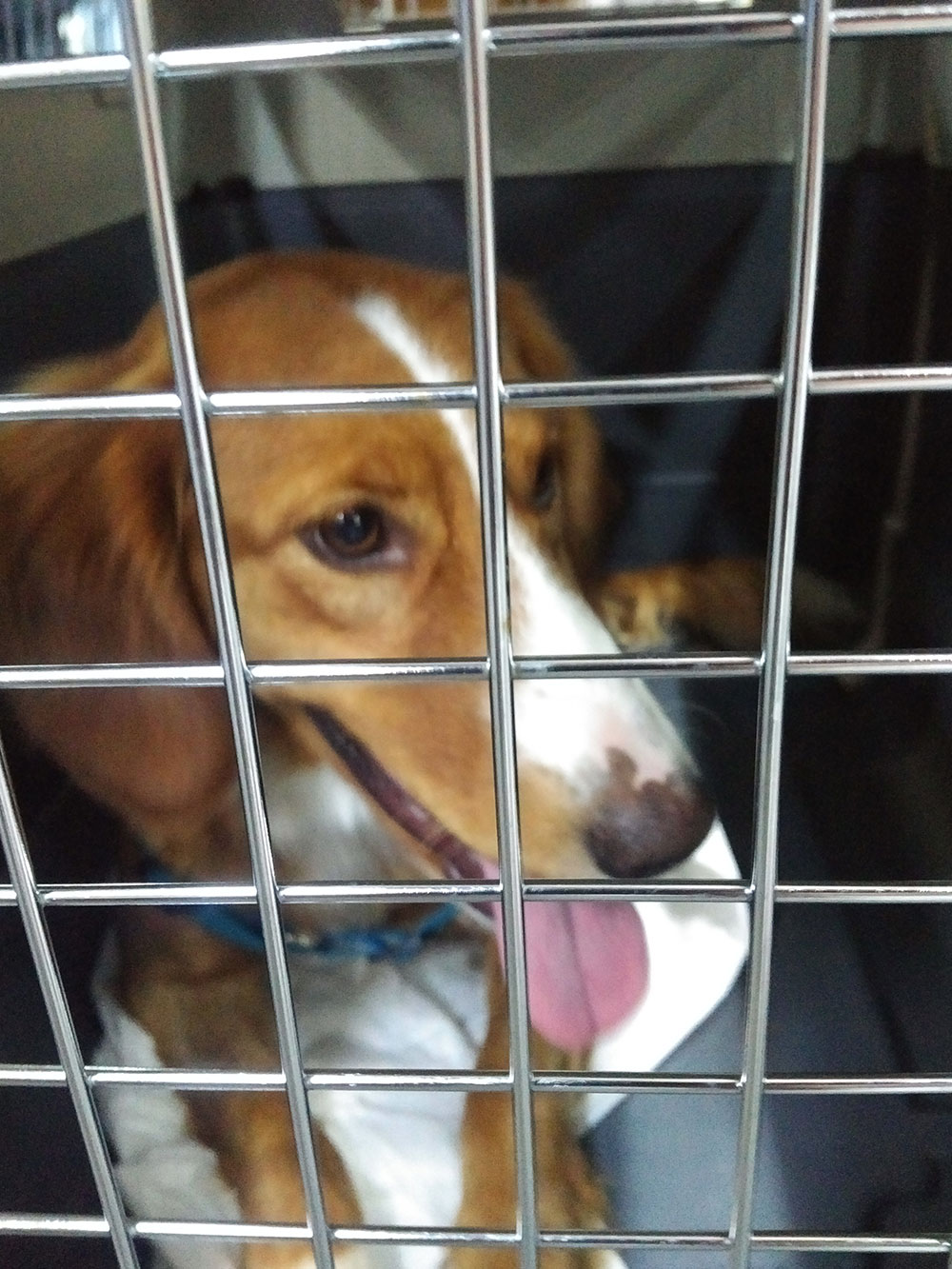 Cinnamon ready for the off 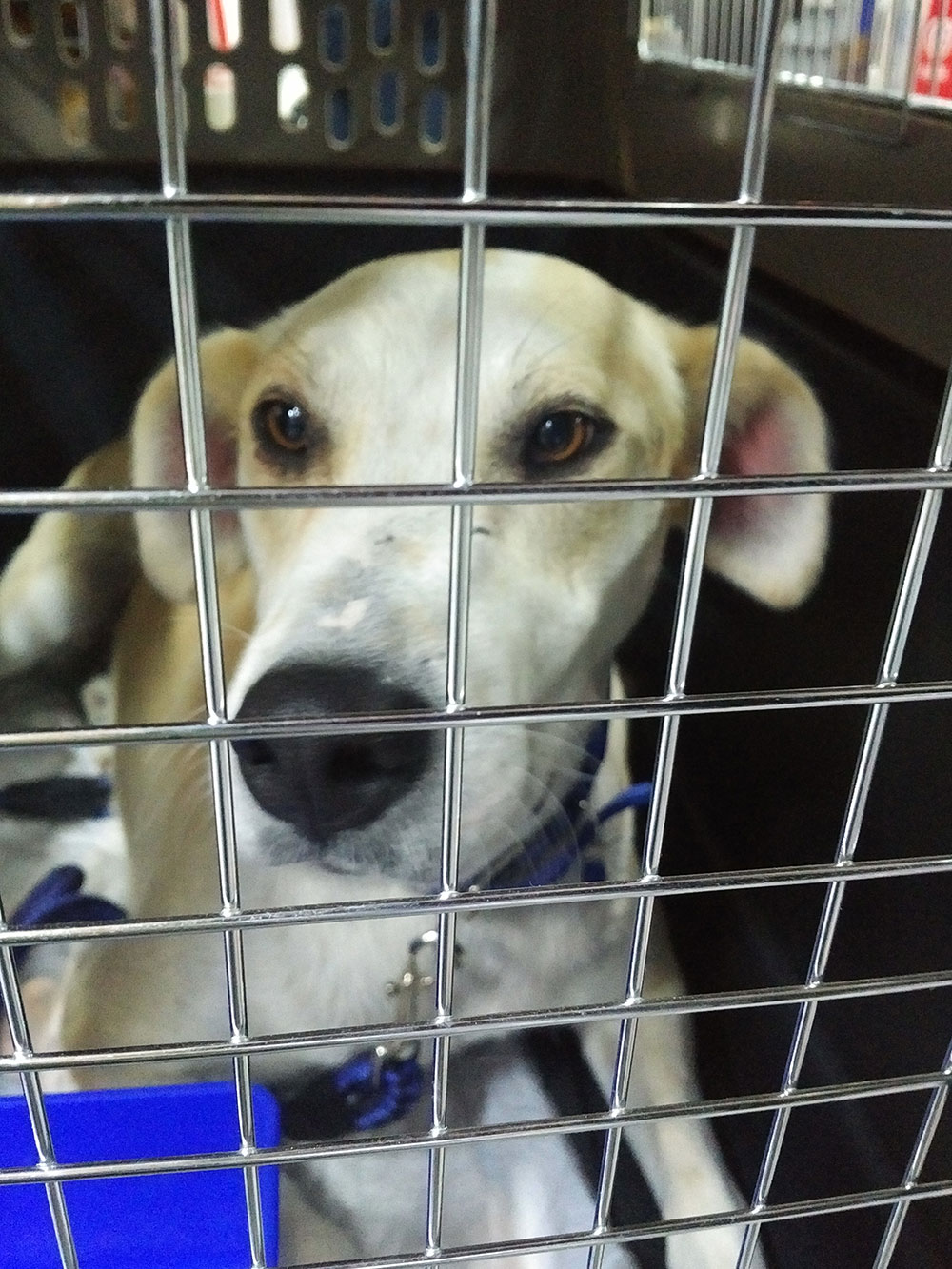 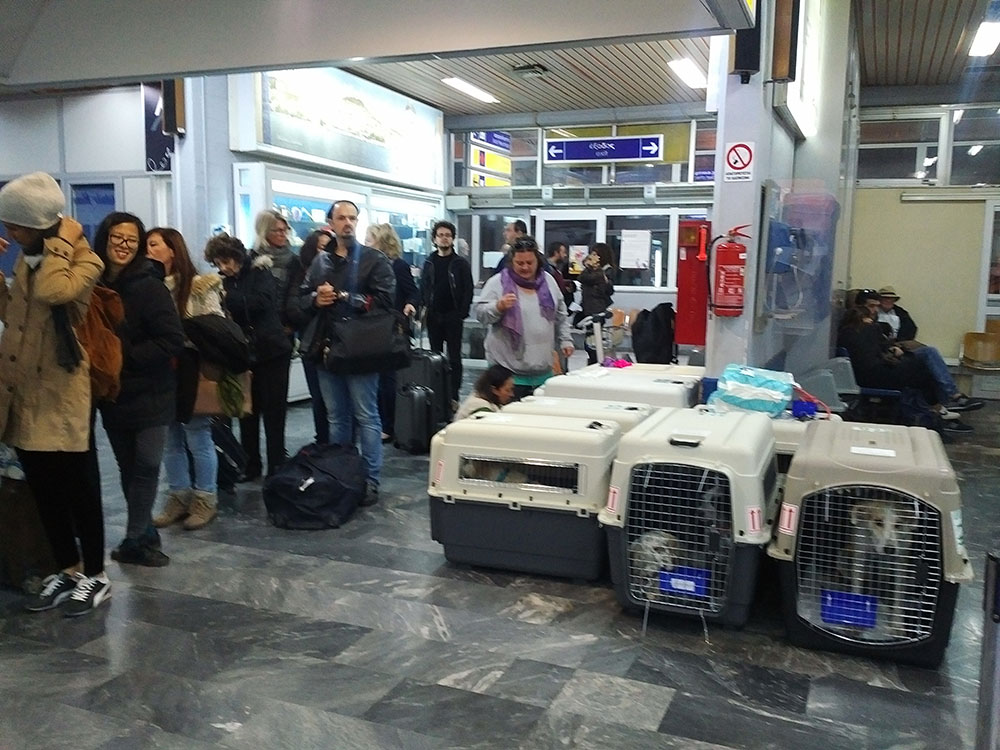 The dogs were travelling as checked baggage — a logistical conundrum! 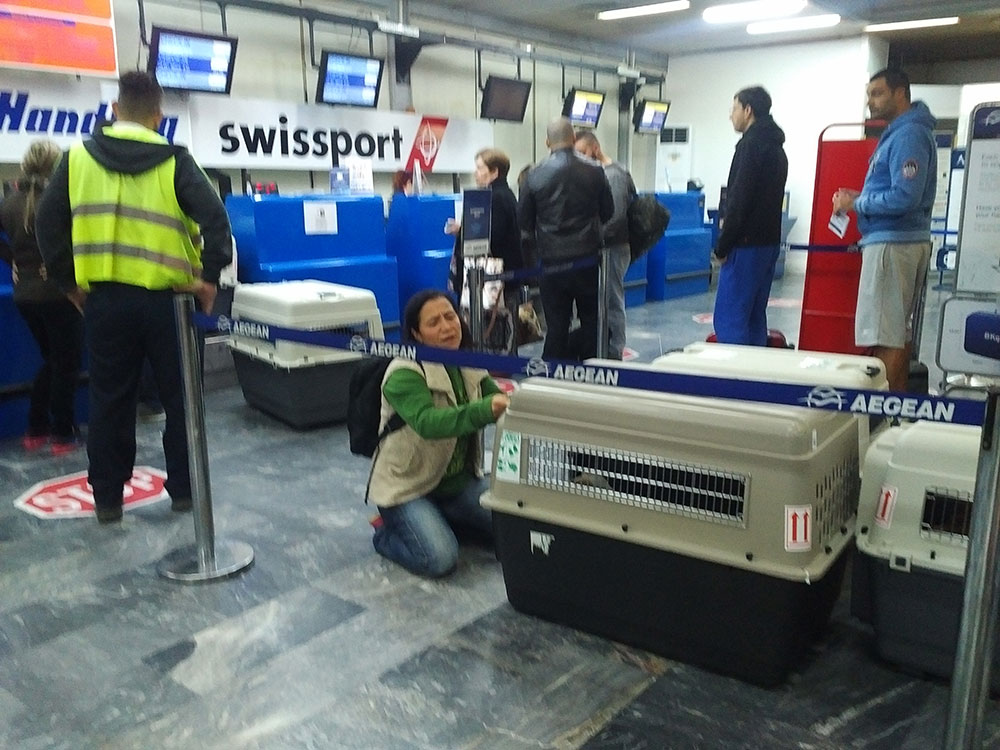 As we queued to weigh in the dogs, Rebecca continued reassuring them and giving them drops of ‘rescue remedy’ on their tongues to keep them calm for the journey 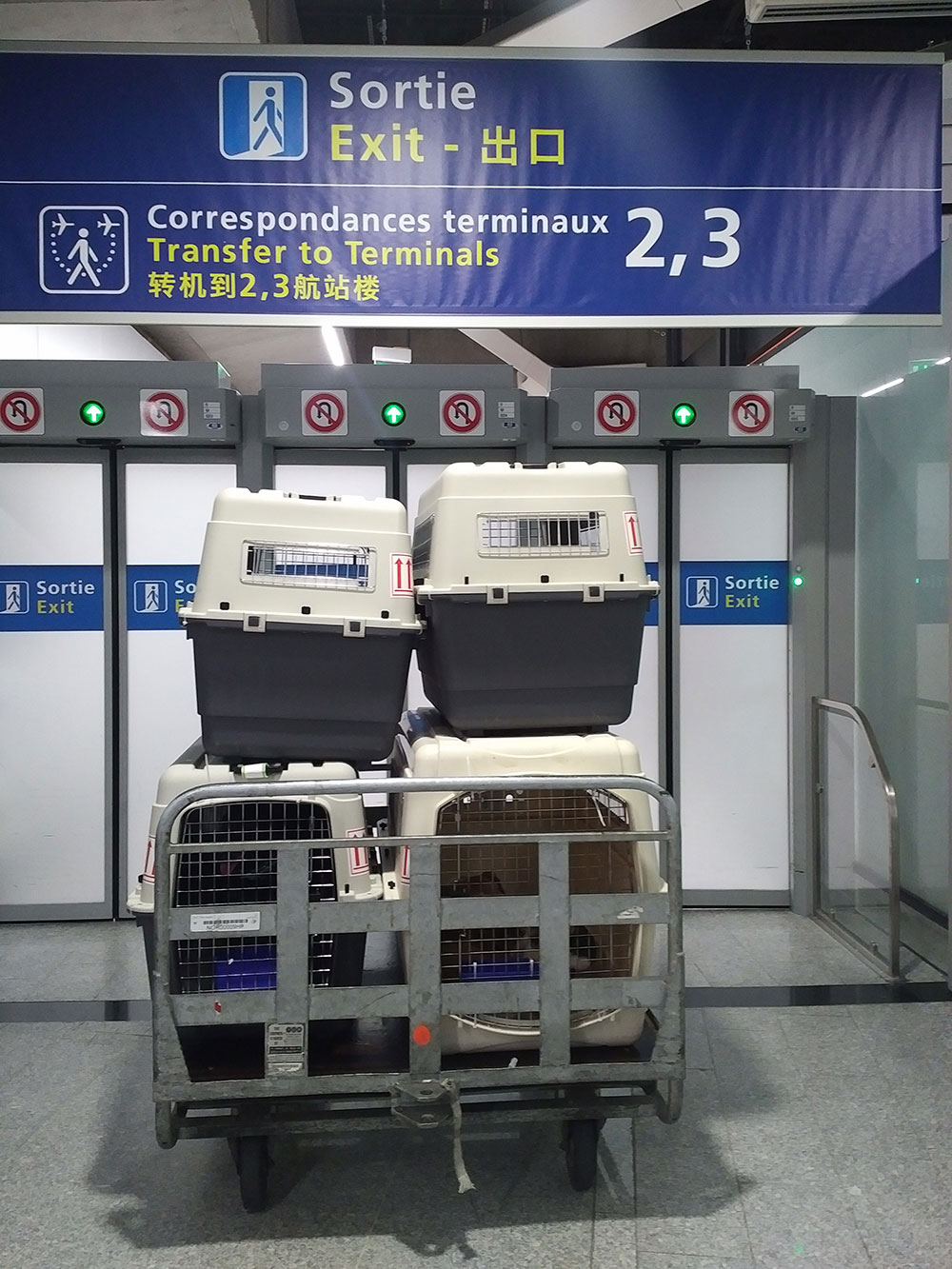 We transited safely through Athens airport and landed a few hours later at Charles de Gaulle. Next stop Calais!