Renaming our van ‘the Argo’ as we leave Athens with Jason, Hector, Ririkos, Bilia, Boxoh, Dusty, Zarly and Pouca on board

Kiki, Martha, Marguerita and other dear friends, we miss you! The Greek government has placed a halt on the movement of rescued pets out of Greece. So six dogs and cats who were due to travel with us to wonderful new homes in the UK now have to wait — or may never even be allowed to travel.

As always, however, we have pets joining our trip who are travelling to rejoin their owners. Yesterday we collected Pouca, whose odyssey took her from Chios via a number of other islands to meet us in Athens.

Hector — all 55kg of him — is named after the Trojan prince and mighty warrior who features in the Iliad. Hector is all those things and handsome too! He’s travelling with Jason, named after the Greek hero who made an epic voyage on his ship, the Argo, to rescue the Golden Fleece. Owner Elias named him Jason because he was originally a street dog and a wanderer. Their feline companion, Ririkos, was a street cat who adopted Elias and his family many years ago.

Frances brought us Boxoh, a Chihuahua, and Bilia, who has a Griffon look. The two dogs belong to Ioannis who’s moving with his wife to Basingstoke, to be with their daughter Lila. The trip has been planned for months, and now at last the day has come for the dogs to travel, so Ioannis can fly out to join his wife and daughter.

Next on board was cat Dusty, who moved with her owner Lisa to Athens about a year ago. Now the time has come for them both to return to the UK.

Last but not least we have Poodle Zarly, who belongs to Stelios and his family. They’ve been keeping an eye on our blog and our trip timetable, waiting for an opportunity to send for little Zarly. 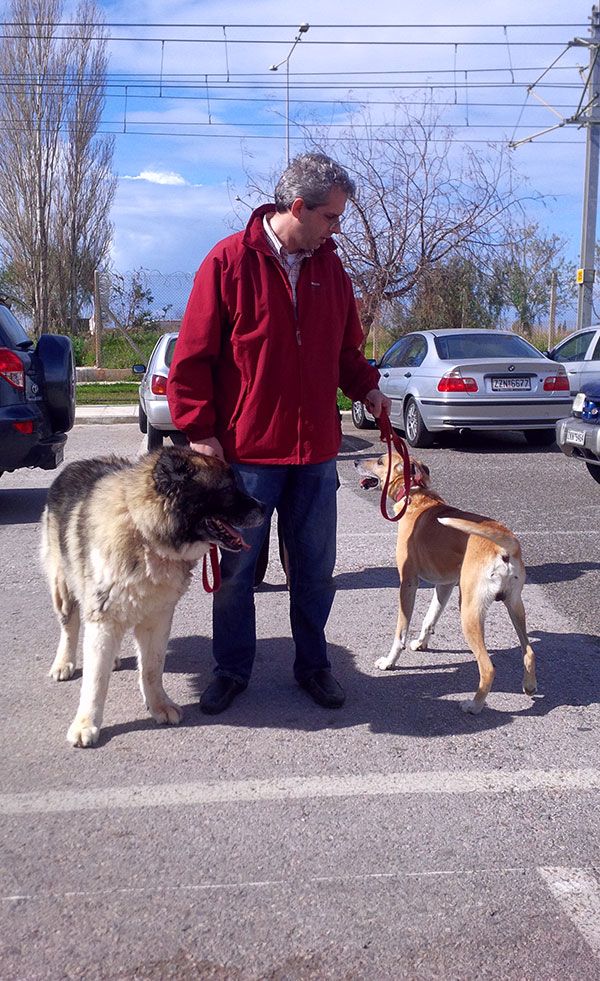 Elias with Hector (L) and Jason (R). Jason looks to be planning his next trip. Left towards the ocean, or right towards the railway?

Bilia is a lovely friendly hound

Little Boxoh was quivering so much her holdall was rattling! 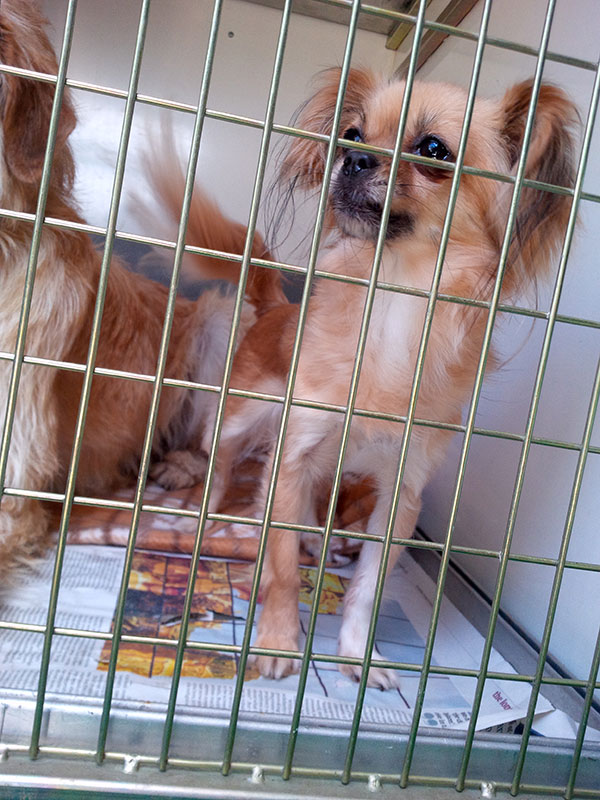 But with lots of cuddles, Boxoh was finally persuaded to emerge, looking very waggy tailed. Oh, it’s not so bad, she seems to be saying — and I have Bilia to look after me.

Lisa brings us her cat Dusty for the journey 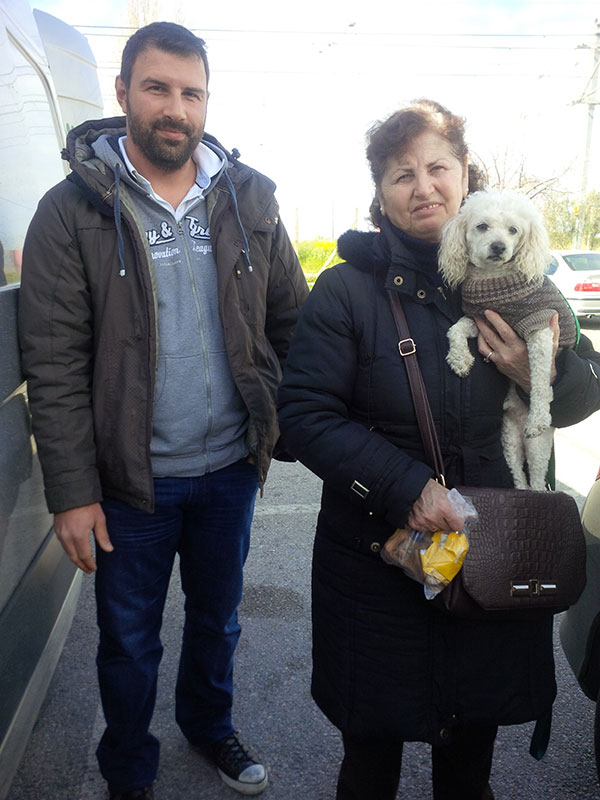 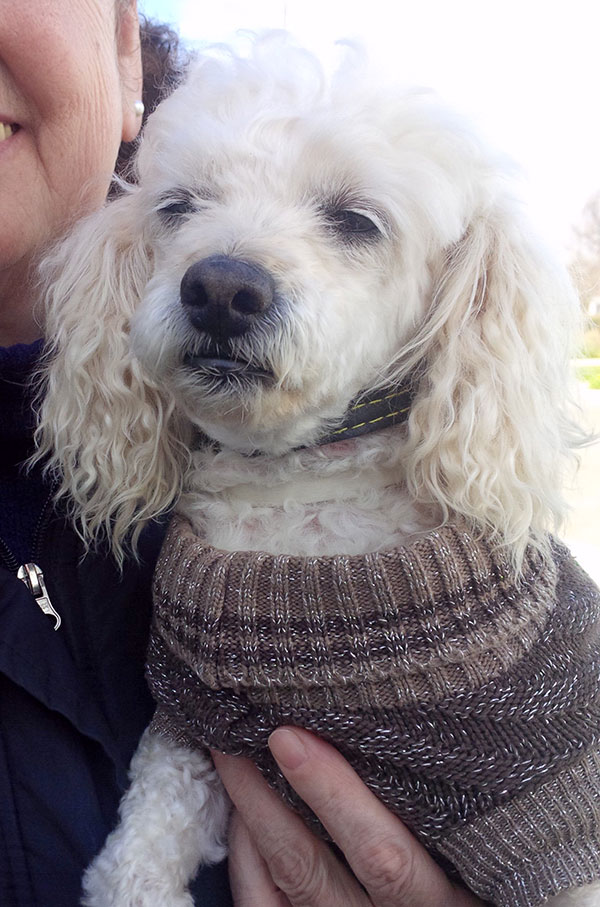 Pretty Zarly is looking forward to being reunited with her family