Animalcouriers’ route from the UK to Malta has taken us through France and into Italy. Aiming to keep the journey time as short as possible, we took the overnight ferry from Naples to Catania on the north-east coast of Sicily. The next step is to catch a ferry to Malta from Pozzallo in the south of Sicily, but the huge weather system that’s crossed much of Europe meant that the ferry we were booked on was cancelled.

The weather conditions are now improving but all the ferries to Malta are fully booked until Sunday. So we have a day to kill in Sicily which would be lovely if it were sunny, but on a miserable day in November it looks about as much fun as Cleethorpes!

Alice’s Russian Blue cat Ophelia and Gerry’s cornucopia of creatures are all bearing up well, despite the delay. We have three tanks of water on board, one each for the catfish, the axolotls and the Australian Snake-neck Turtle. We have to top the tanks up every day, to make up for spillages caused by roundabouts, potholes, speed bumps and ferry ramps.

The tanks’ heaters and filters are running off auxiliary batteries we had specially fitted in the van for this journey. We also have an external power option like the ones you seen on camper vans. The batteries are working well, being topped up automatically while the engine is running and keeping the heaters and filters running all the time.

The five tortoises and an African Side-neck Turtle need plenty of heat, which we’re providing with hot water bottles and electric heat pads during the day, and by bringing them into our hotel at night. The Slider Turtles can cope with cooler conditions.

Niala is an African Side-neck Turtle, also known as an African Helmeted Turtle. These turtles are so called because they can’t retract their heads into their shells, so fold them neatly to the side to hide or for protection.

Niala’s love handles! African Side-necks are know as the Labradors of the turtle world as they’re notorious for putting on weight easily. Bottom-walkers, rather than swimmers, they’re voracious carnivores who sometimes hunt in groups. They’ve been known to encircle a waterbird in the shallows, and drag it under to drown it before eating it up. 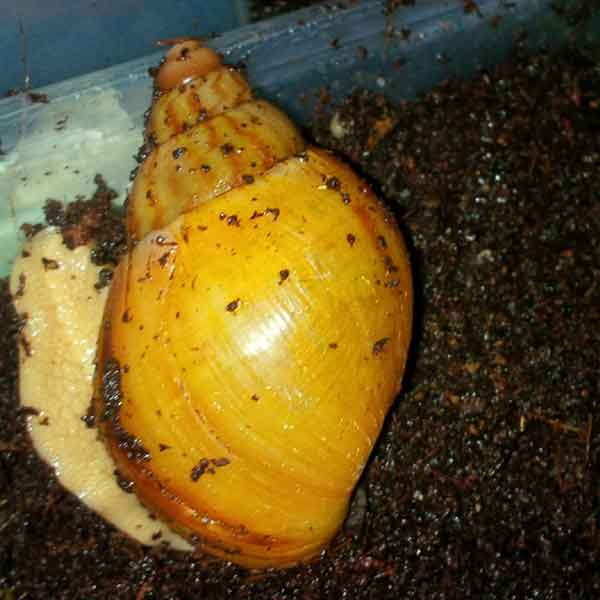 This Giant African Land Snail is of the Tiger variety. He’s just a baby, about an inch long at the moment, but could grow to 10 inches. Imagine having them in your veg patch!

Pulling in to Catania