Cats, dogs and a bearded dragon get on board as we drive north through Spain

Cats, dogs and a bearded dragon get on board as we drive north through Spain

After breakfasting with a fine view of Gibraltar yesterday, Animalcouriers set off through Spain to collect our UK-bound passengers.

First up was Rikki, a slinky black cat from Sotogrande. Pippa and her husband are going back to the UK. Concerned that this gentle ‘wuss’ of the cat world would be disrupted by the kerfuffle of the move, they’ve arranged for him to go on ahead to stay with Pippa’s sister in Hampshire until their new UK home is ready for him.

Then it was Arfa’s turn. This lovely Staffie is one of our regular passengers. He takes his trips to and from Spain very seriously and has told his owner, Matt, it’s Animalcouriers or he won’t budge! Arfa’s grandparents brought him to us at our regular rendezvous spot outside Aldi. Arfa’s usual compartment was ready and waiting for him, so in he hopped, stopping for a drink of water before lying down for a snooze.

From there we went to pick up Tommy, whose owner Nick had to go back to the UK before Tommy’s passport was ready. So Tommy’s been staying with Sarah and Eliane at La Residencia Canina. We’ve been calling here for more years than we can remember, and it’s a very caring environment for dogs and cats. Tommy is one of four cats whose owners moved away, leaving two behind. Clever Tommy attached himself to Nick and is now off to join him in Devon.

Our next collection was Great Dane puppy Fina in Almeria, who belongs to Perry. Fina has been staying with another old friend of ours, Joan, until she was old enough to get a pet passport and travel to the UK to join Perry.

We then drove on to meet Mateo, who came to settle Almona’s two young cats, Tigre and Hippi, into their travel compartment. Almona and Mateo had four kittens between them but have now split up. Mateo is keeping two, and Almona is taking two with her to the UK.

Our final collection last night took us to Javea to meet a bearded dragon called Dexter who belongs to Marijke’s son. They were struggling to find a way to get Dexter to the UK — until they found Animalcouriers. Marijke brought Dexter to us at our hotel with a supply of chopped veg and live worms which are apparently his favourite.

We stayed last night at the wonderful Hotel Palau Verd, in Denia — a tranquil setting where we and the pets all felt very welcome. We somehow managed to drag ourselves away this morning to meet Belgian Shepherd Duchess and Newfoundland Maisie. These two gentle giants belonged to Billy’s mum, who sadly died a little while ago. Louisa has been taking care of them until they could travel to the UK where they will have a new home with family members. 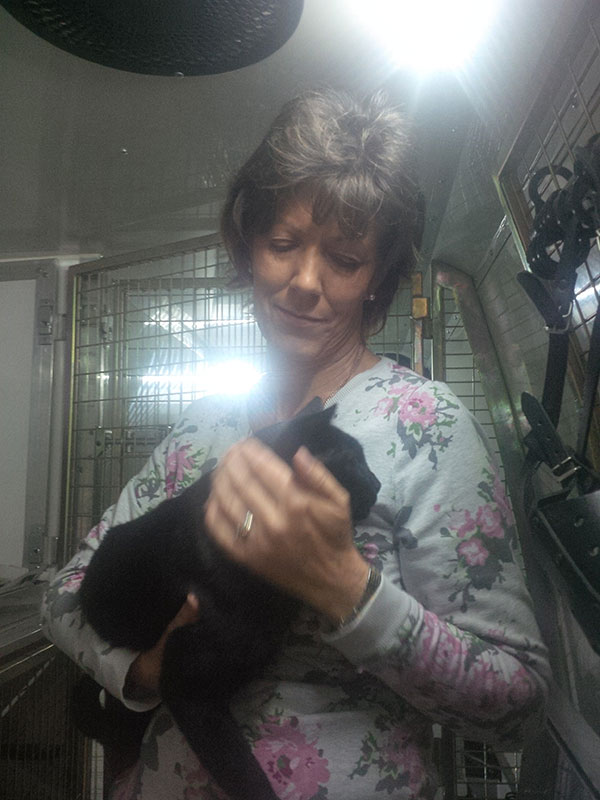 Pippa brought Rikki to us so she could settle him in for the journey. Here they are having a final cuddle… 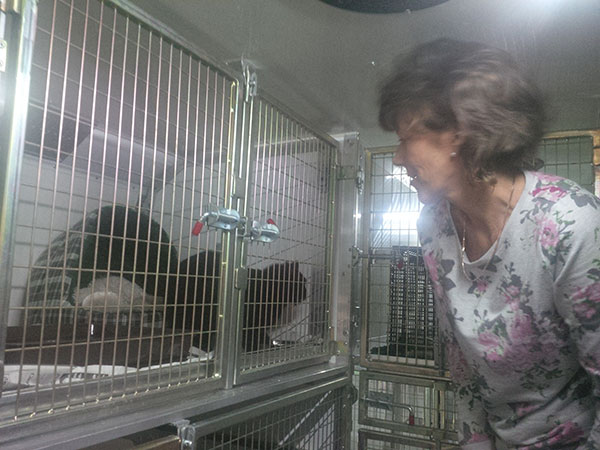 …and a goodbye chat 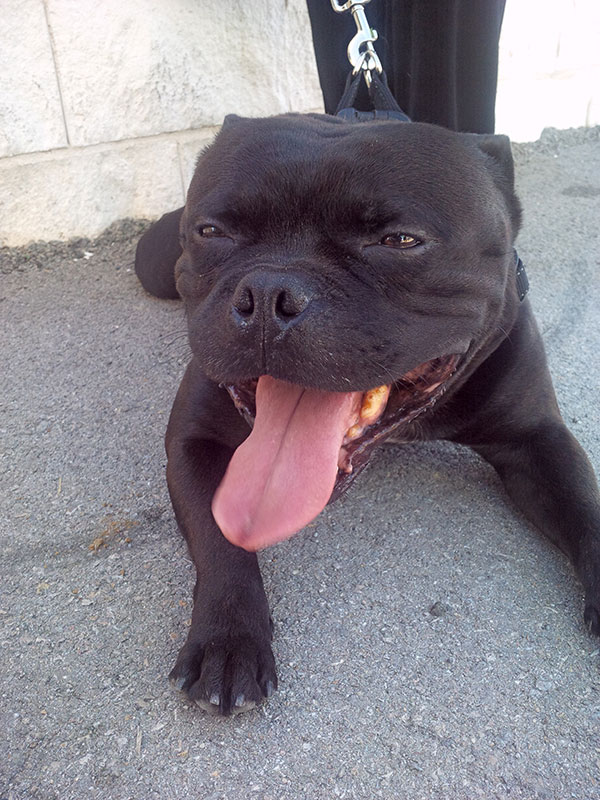 Arfa! We are flattered he likes travelling with us so much 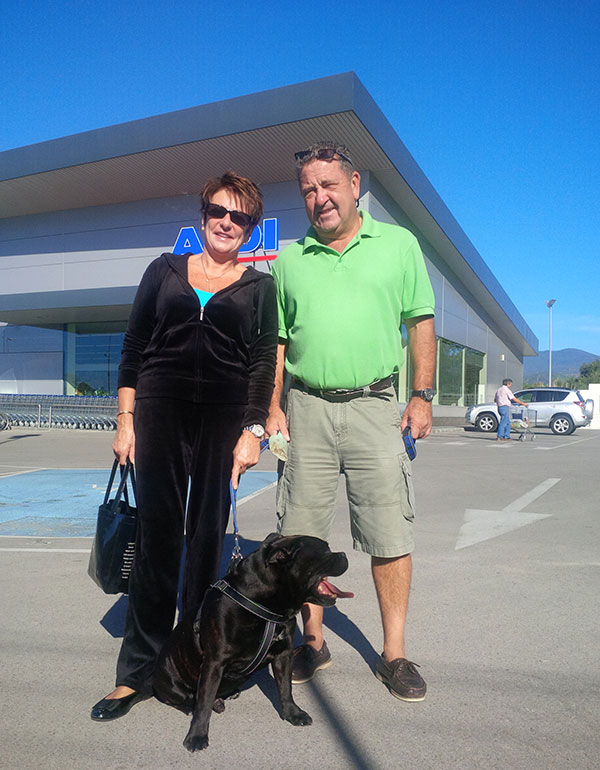 Arfa with his grandparents. Check out that blue, blue Spanish sky! 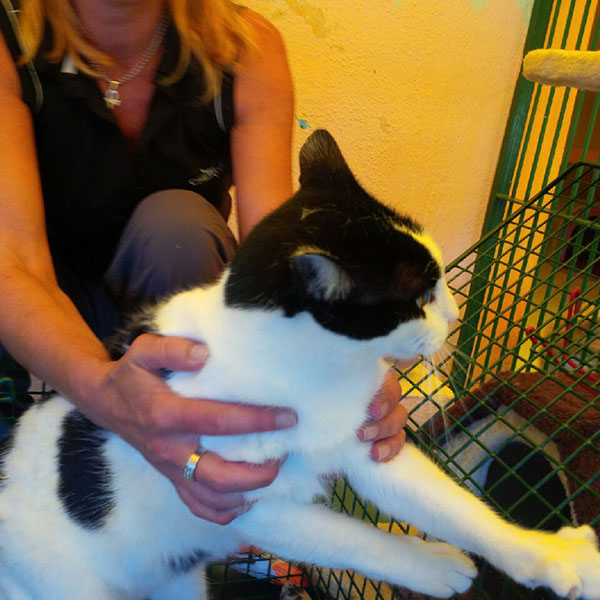 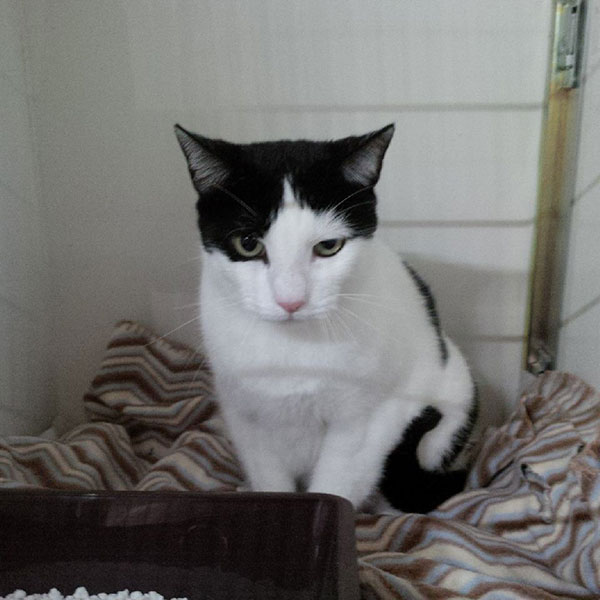 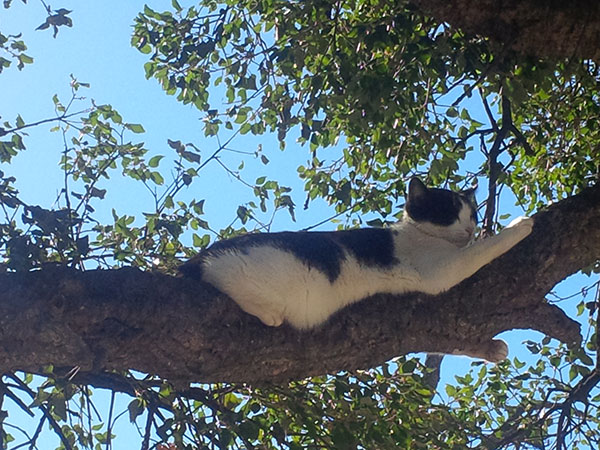 We were keenly observed by this black-and-white cat while collecting Tommy. Sarah told us he’s one of several ‘resident’ cats who’ve been neutered but can’t be handled. So Sarah and Eliane keep an eye on them and feed them. 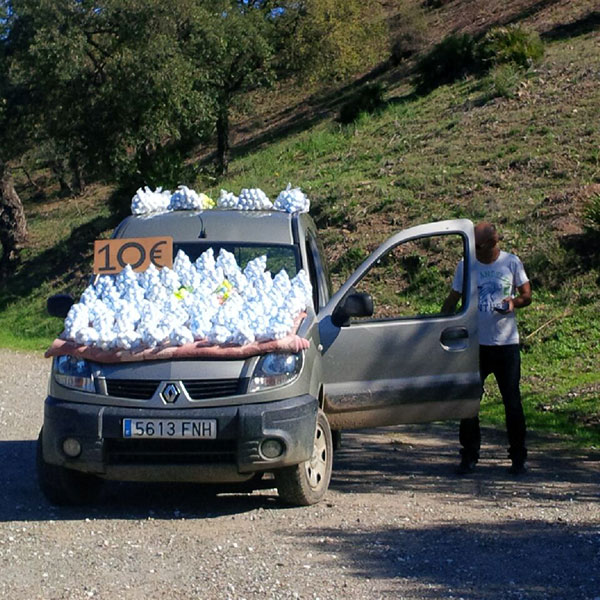 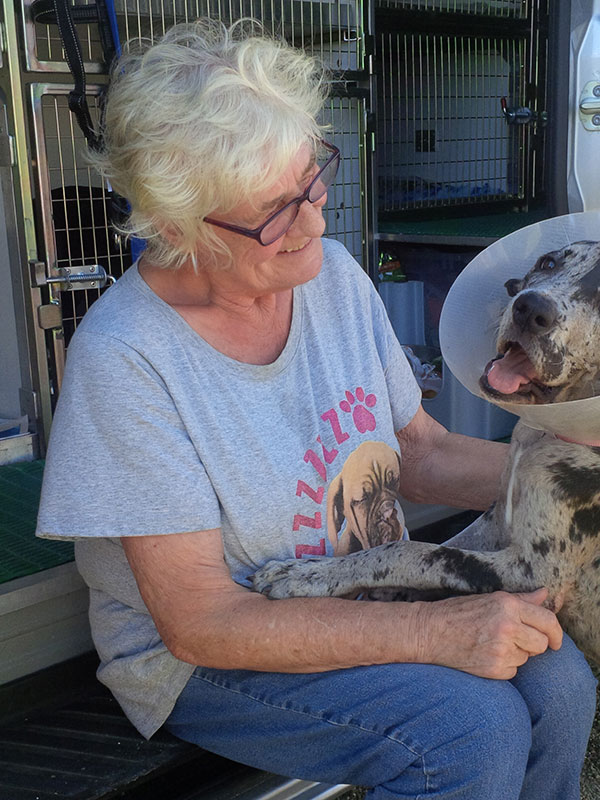 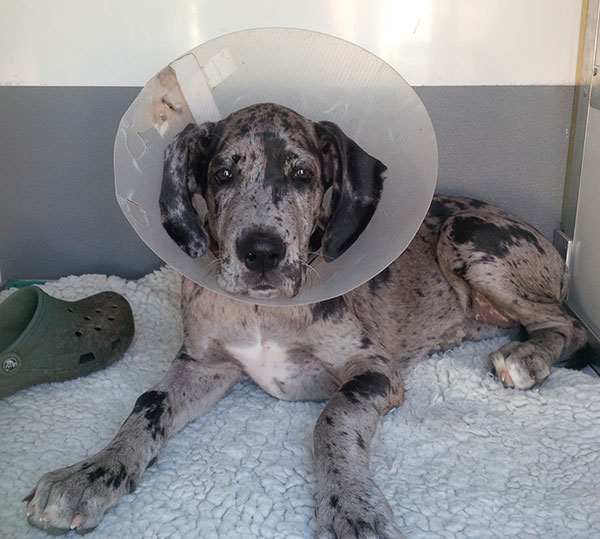 Fina is wearing a cone because she has a cut on her elbow which has been treated and stitched. 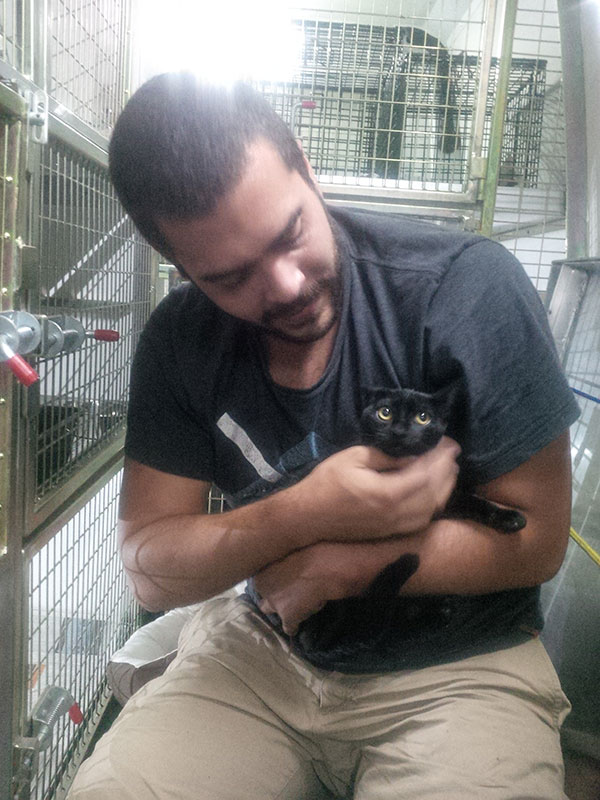 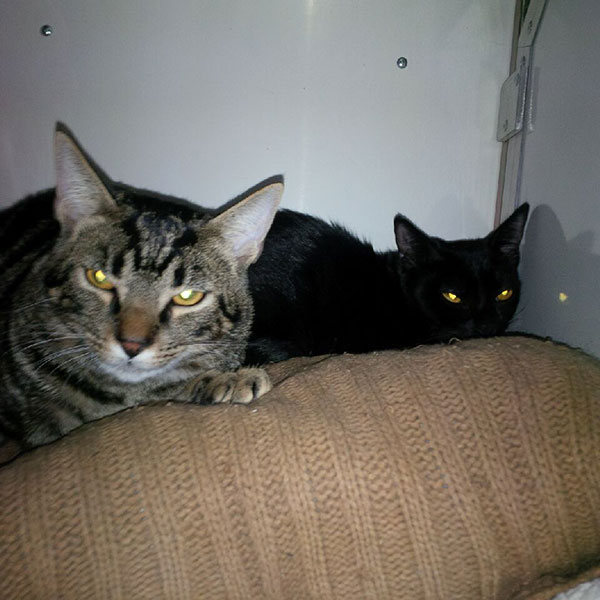 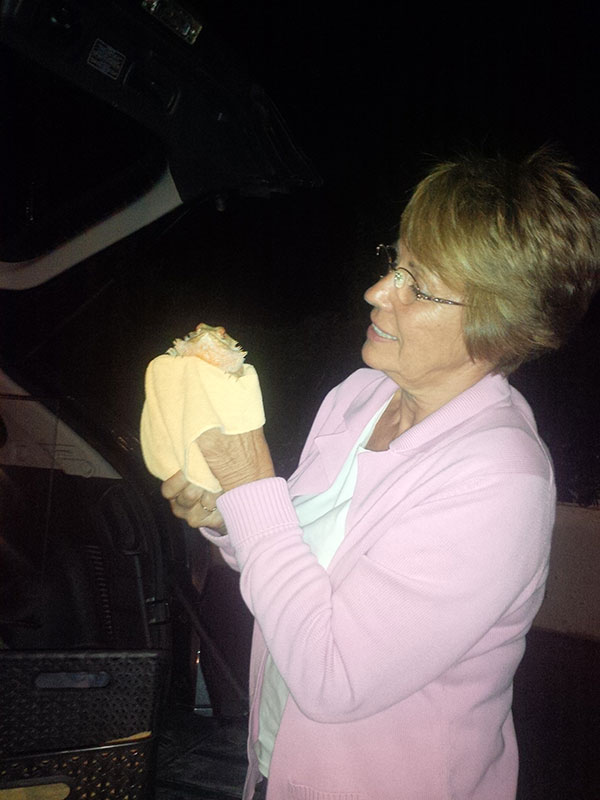 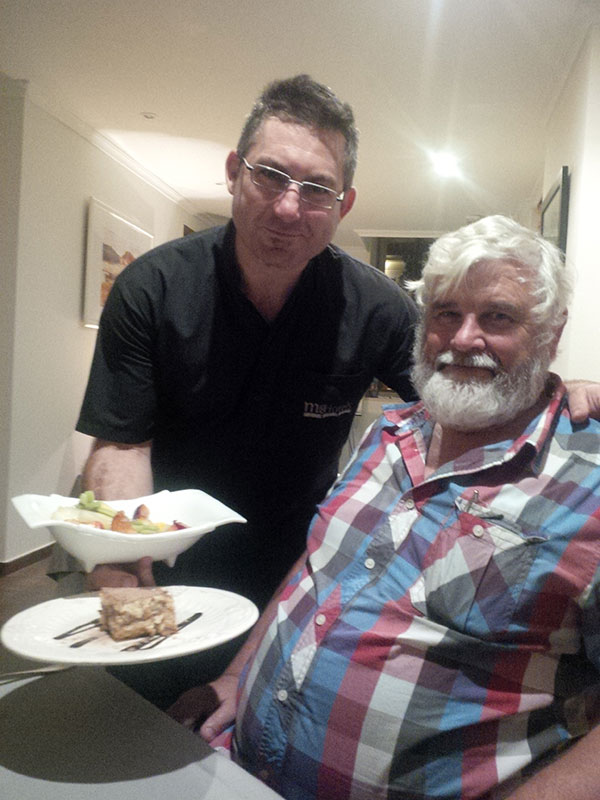 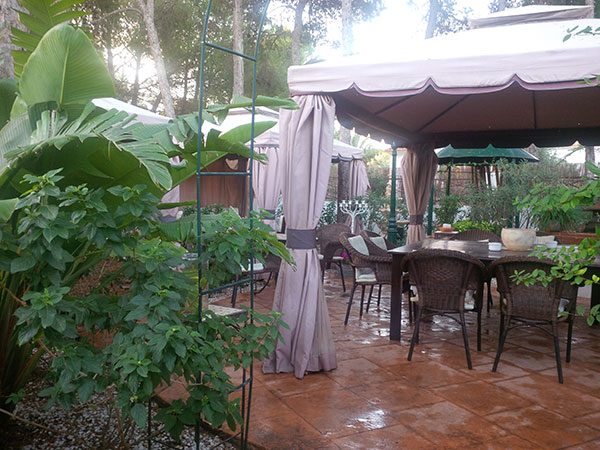 The atmosphere at the hotel was truly peaceful and the food was excellent — lots of local produce, including locally sourced, sustainable fish; and one of the best tiramisus courier M has ever tasted 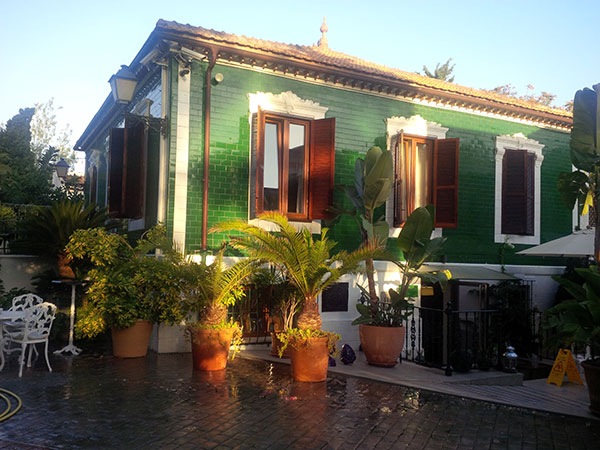 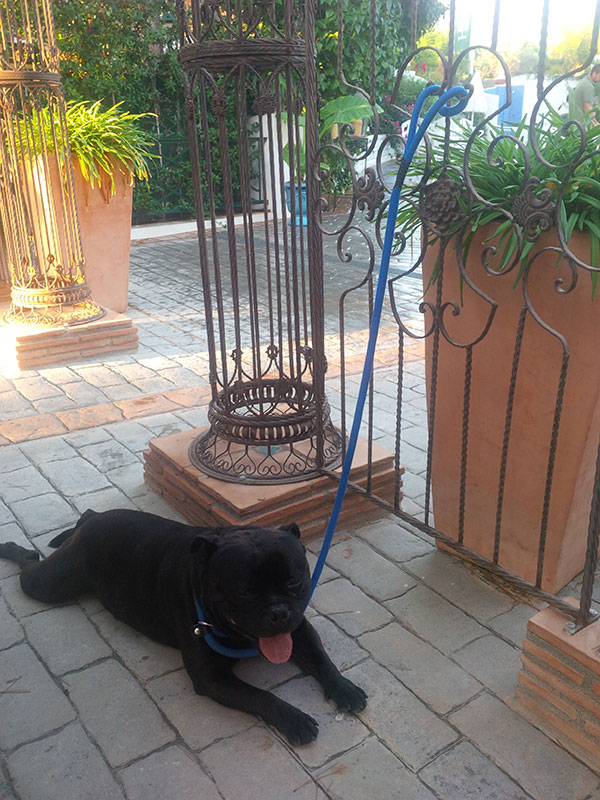 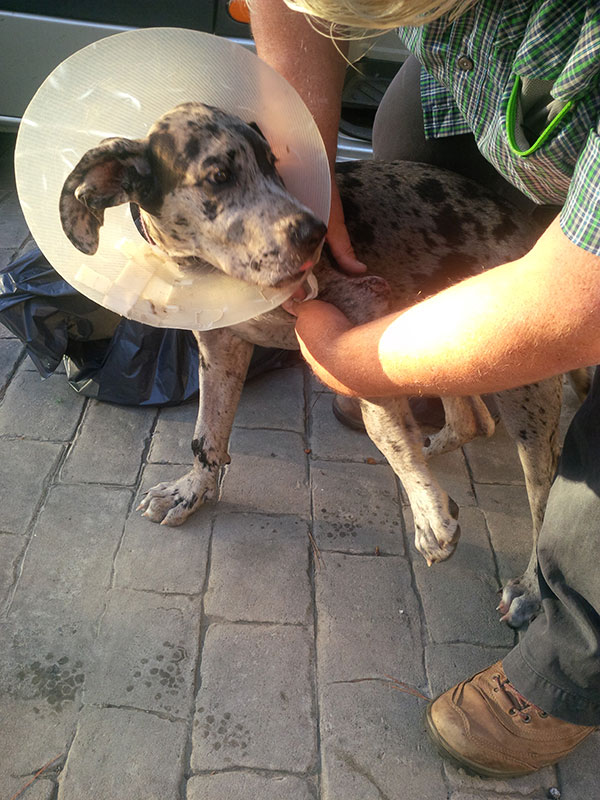 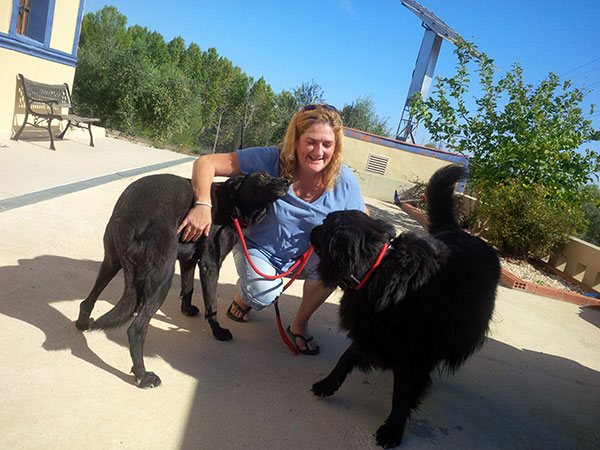 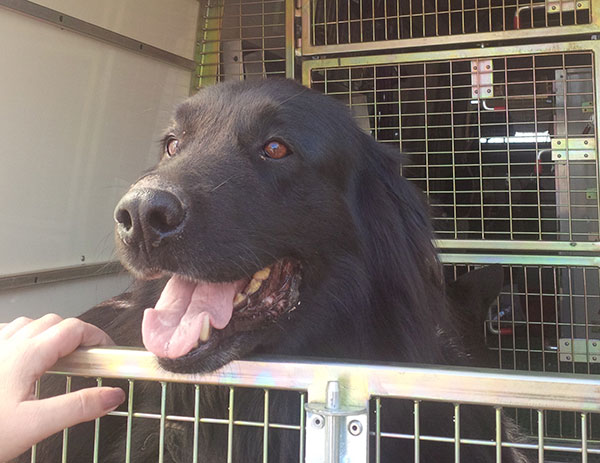 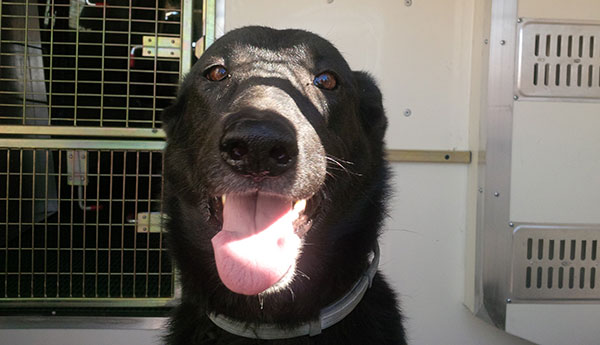 Duchess gives us a grin 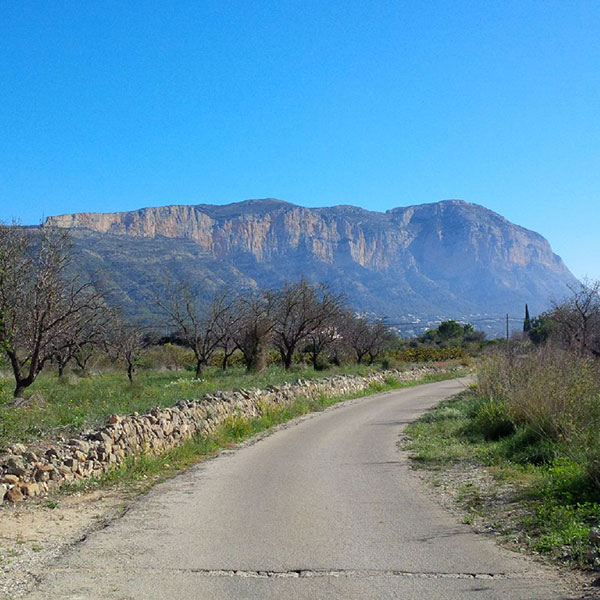