And it all seemed to be going so well…

After we left the veterinary department at Mersin port, Diana, Rory, Paige, Jayne and Janet went to check in for their return ferry to North Cyprus. As they reached the window, the very grumpy clerk said: “Closed. Closed at 5.00pm.”

Meanwhile, courier M was at customs getting Animalcouriers permission to leave the port in their van. But the entry of our van’s numberplate onto the computer had a letter O in place of a zero. So they couldn’t process the paperwork.

We then discovered that Diana and her car were being refused permission to leave the port because, according the clerks, it was too late for her to check in.

We must have been looking rather stunned, because a kind bilingual port worker approached to ask if she could help. We explained the situation, and she offered to phone a customs official friend of hers. After a string of phone calls it turned out that the check-in clerks shouldn’t have closed at 5.00pm — they were supposed to stay open until 6.00pm. Their line manager wasn’t too happy with them. We asked if one of the clerks could be asked to come back to the port to help. We were told that one might come back, but that three were needed to check a vehicle out of the port…

Following a quick discussion among ourselves, it was decided that Jayne, Rory, Paige and Janet should take their foot-passenger tickets and get on the ferry, knowing that someone would be able to collect them at Famagusta.

Then suddenly we heard that Diana could go, so she quickly jumped in her car and drove off. Moments later she was back, skidding to a halt and saying, “They wouldn’t let me on, I haven’t got a ticket!”

So the port police found some keys to open an office, then unlock a drawer, then someone wrote Diana a ticket by hand, then they shut and locked the drawer, then they shut and locked the office. “Go, Diana, go!” we cried as she ran off and jumped in her car. Must have made it on board by the skin of her teeth, and we’ve just seen the ferry pull away.

Meanwhile, we’ve been assured that the numberplate mistake can be corrected tomorrow morning on the computer and that we will then be on our way. 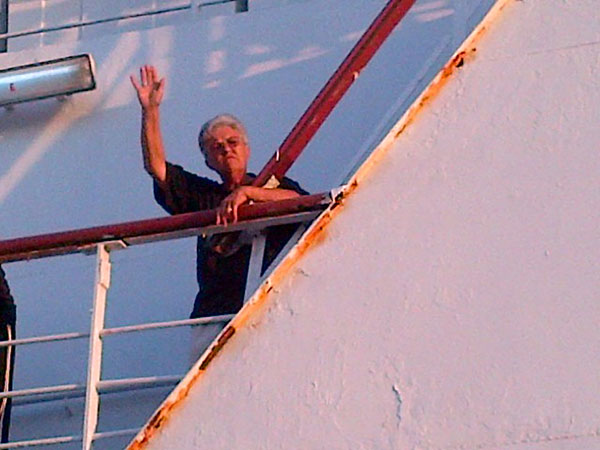 Janet waving from the ferry 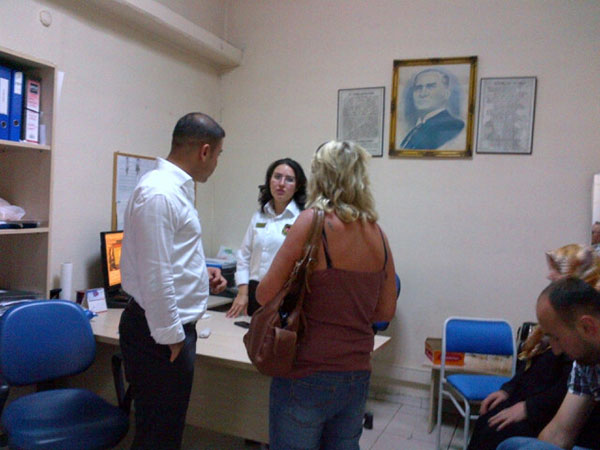 Finally someone comes to talk to Diana 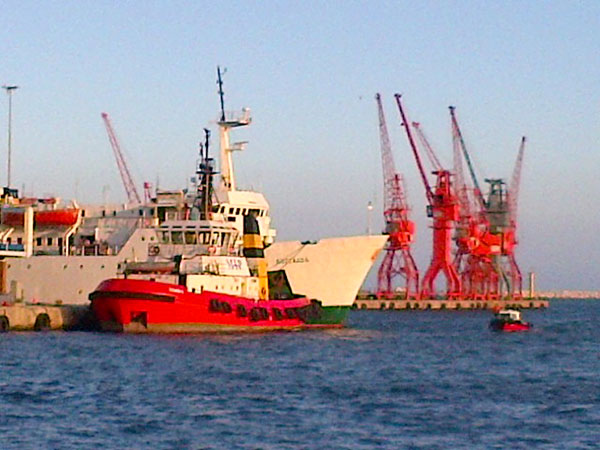 As the dogs’ owners leave for North Cyprus, we are left at the dock, hoping we’ll be allowed to go on our way tomorrow