Animalcouriers are still at Tasucu port

Animalcouriers are still at Tasucu port

Couriers J and M and our seven canine passengers have been held up at the Turkish port of Tasucu since arriving there on the ferry from the Turkish Republic of North Cyprus.

We had left North Cyprus on Thursday on the understanding that it’s permitted to transport up to five animals per person if you’re transiting through Turkey to another country, and have the permission of the animals’ owners to transport them.

However, Turkey has its own pet ownership regulation that states you may not bring more than two pets per person into Turkey (to live there). This Turkish regulation had caused confusion for us the last time we did this trip, but we thought we had ironed out all the wrinkles that time around.

The local agent we had employed to see us through the port was doing a great job, but everything was taking quite a while, and by the time we saw a customs official there was no one on duty to sign us out of the port. They assured us everything would be OK.

So at 4.00am we joined the dogs in the van and got a couple of hours’ sleep. On Friday morning, we were interviewed by the port director who said that once customs cleared us, we could go. She explained they weren’t due in until 10.00am, so we settled down to wait.

However, the customs officers spent all day trying to ignore us. They stalled for time by making requests, such as saying that we needed a vet to see the dogs. So contacted the veterinary practice Petical who helped us last year. Eren, the practice owner’s son, approached the Mersin government veterinary department, who looked into trying to assist us. But time was running out, and the weekend was fast approaching.

Finally, at around 3.30pm we were summoned to see customs. The two customs officers spent a long reading our paperwork, checking everything over and over. We could see they were looking for reasons to send us back to North Cyprus.

Finally we were led to the director’s office. The heart of the problem lies in the two or five animals per person issue. They don’t understand the broad applicability of the regulations, and so applied the rule they understand, which is two animals per person.

We explained again that we are in transit and therefore allowed to transport up to five animals each without special permission. They couldn’t understand why the owners aren’t travelling with their pets. We explained they have delegated permission to Animalcouriers and showed them the declarations completed in advance by the owners.

The director suddenly cried out in English: “You make this up. I do not believe this is real!”

While it is indeed true we designed the declaration form ourselves, it uses wording set out by the European Commission and communicated to us by Defra. Which makes it all pretty official!

They implied we couldn’t prove that these are owned pets travelling legally to the UK to join their owners. We showed that the owners’ addresses on the declarations, in the pets’ passports and on the export certificates all matched.

They then looked at the pets’ health records, but having no understanding of this side of things, abandoned it quite quickly.

Finally the Director told us: “You will go back to Cyprus.” Protesting about the heat and the stress to the dogs, we asked “When?”, knowing there is no boat until Sunday night. “We have a small boat you can use tomorrow morning at 9 o’clock,” she said.

Yesterday evening we enquired about the formalities of the crossing at 9am and were ignored! So right now we’re pretty sure there’s no plan to provide a boat.

We’ve kept an almost unbroken watch over the van and its precious cargo. The doors are open, so even though it’s hot, there is a constant sea breeze moving through the van. The dogs have spent most of their time sleeping, in between regular walks, plenty of water, and meals. They seem relaxed and are taking everything in their stride.

Throughout it all, Kyrenia Animal Rescue (KAR) have been on hand with support and phone calls, and have kept in touch with the dogs’ owners. KAR’s dog warden, Yullian, is bilingual and has been an enormous help. 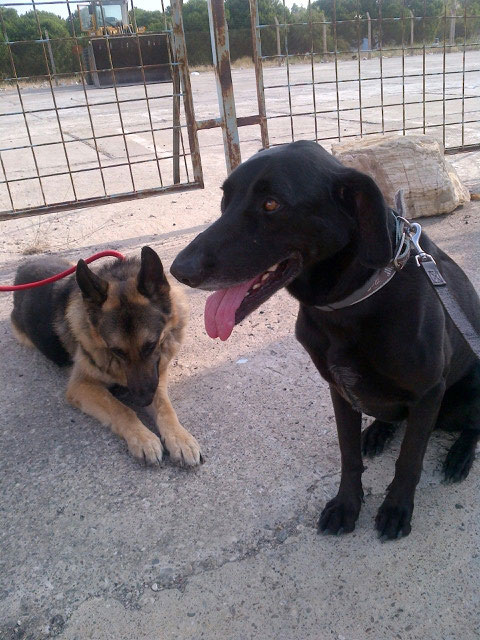 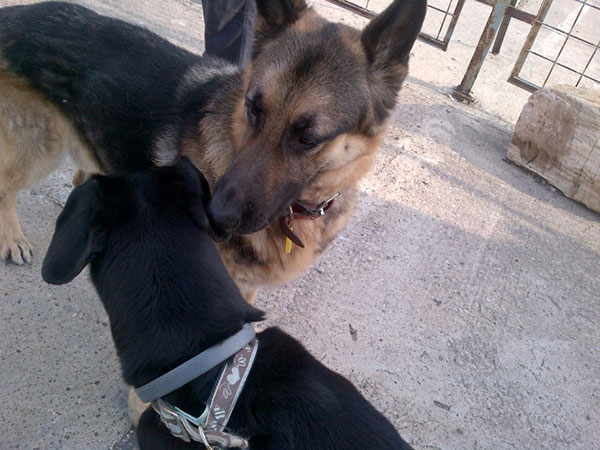 …greet each other with nose bumps and tail wags 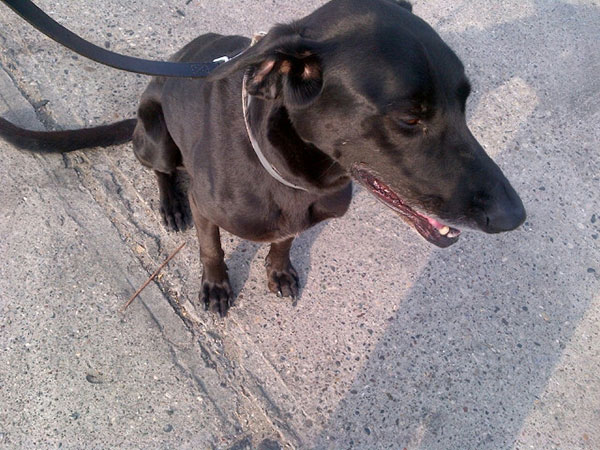 Reo sits beautifully when asked to do so 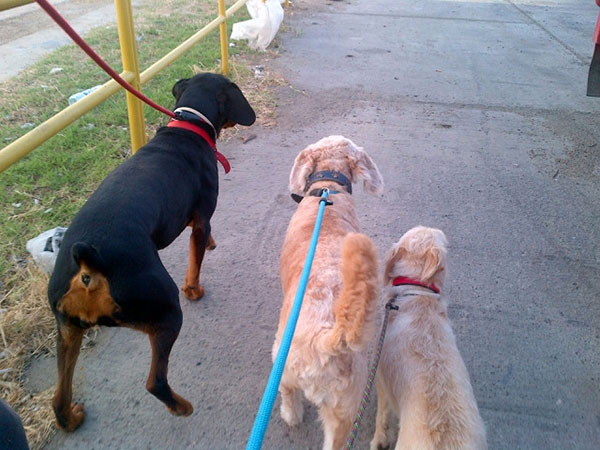 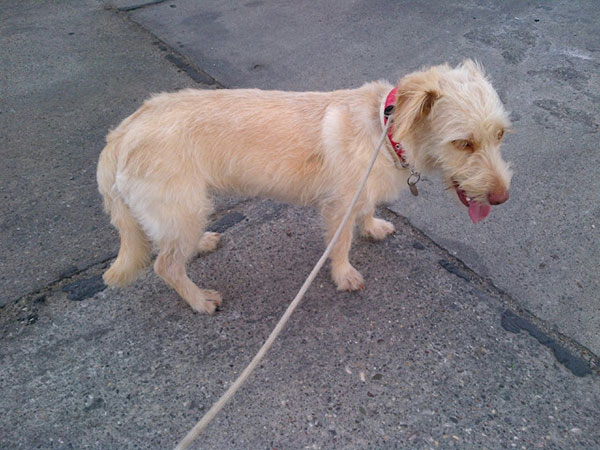 Tink taking it all in 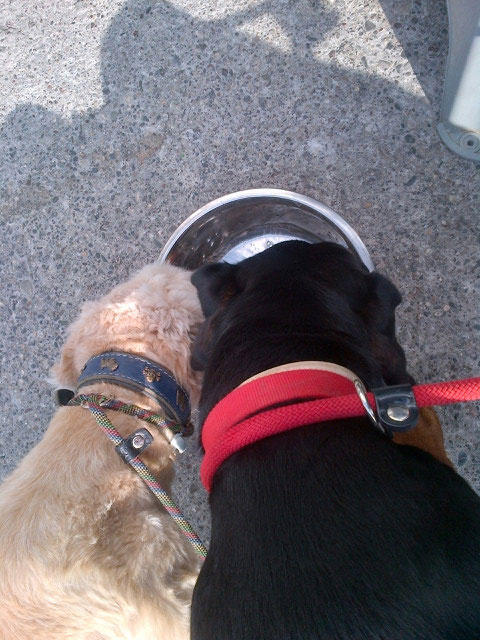 Roxy and Jasper enjoy a drink of water after their walk 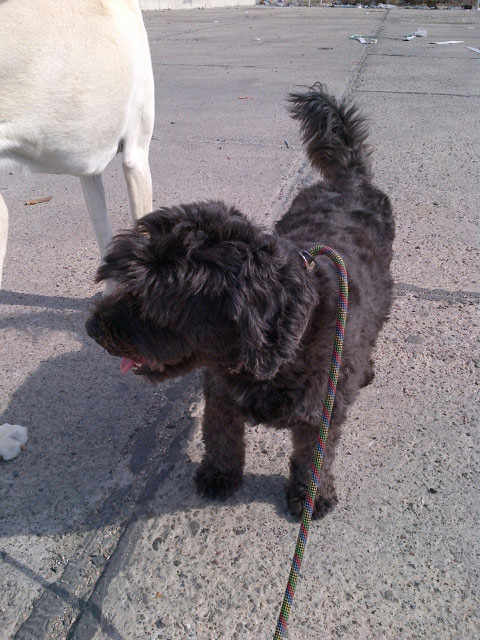 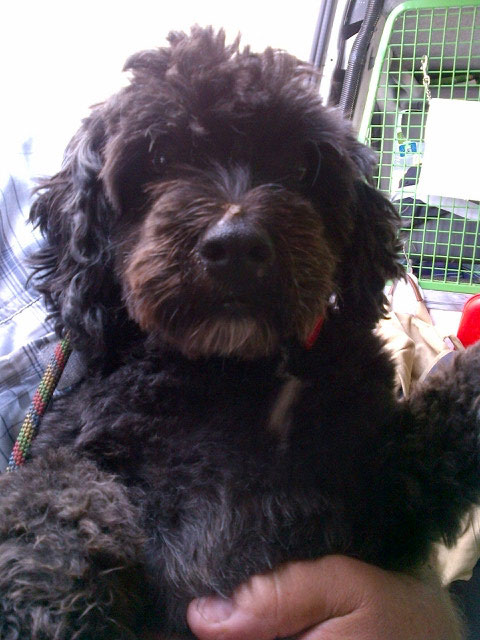 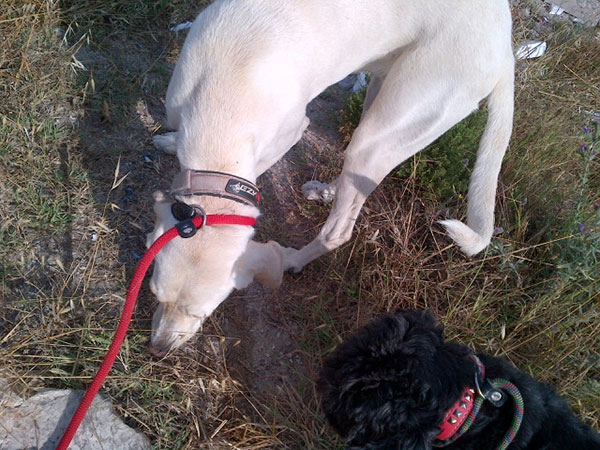 Purdey enjoys a nose around in the scrub 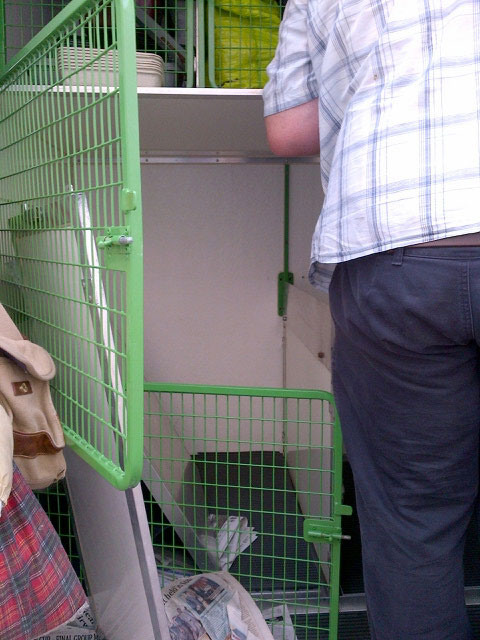 Passenger comfort is our priority and we decided that senior member Brandy, whose hips are a little stiff, might like a bigger bedroom that’s also slightly easier to get in and out of 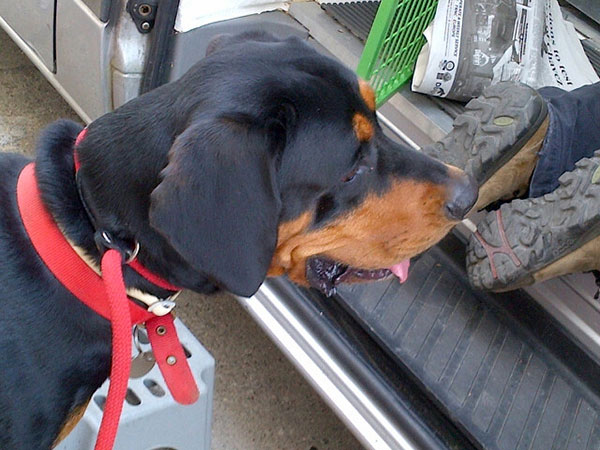 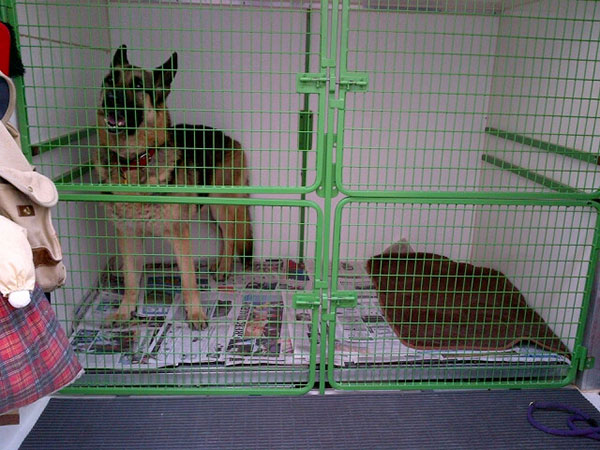 Brandy settles in to his new accommodation 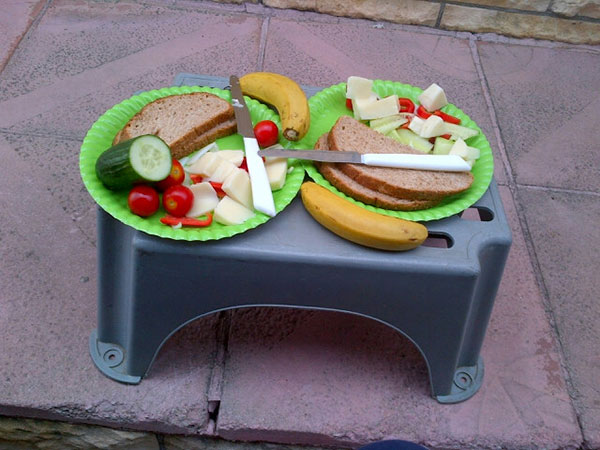 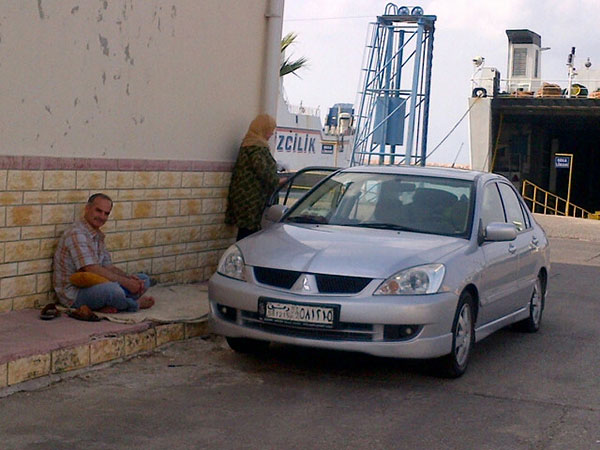 We had friendly chats with this family waiting at the port